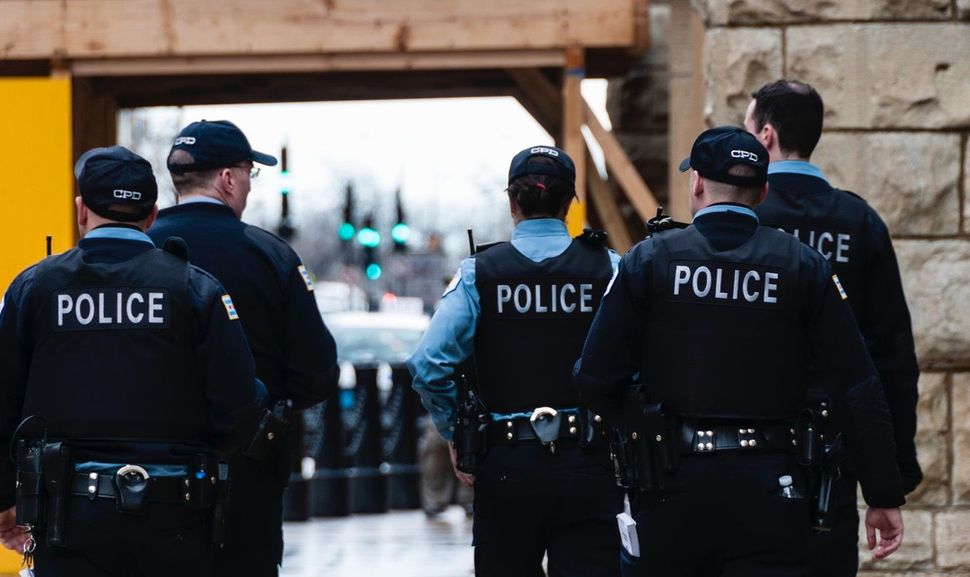 Police on duty Image by iStock

The high holidays are a great time for reflection, community, spirituality, and celebration. But for many Jews of color, parents and partners from other faith traditions and those experiencing Judaism for the first time, it is also a time to stay on high alert. Many will have had their Rosh Hashanahs marred by shattering experiences which are all too common for people of color in majority-white spaces. And as we head into Yom Kippur, it behooves the Jewish community to remember that repentance includes a commitment to doing better.

As a Jewish man of color and founder of a social justice organization that works to support equity for Jews of color, I always keep my cell phone on during the High Holy Days. Inevitably, someone will call me in a crisis needing talk about their pain, disappointment, fear, or heartbreak at being removed from synagogue for no reason other than the color of their skin or some other feature deemed out of the normative (i.e. not being let in because you cannot afford a suit or button-down shirt).

While security is needed at these celebrations, it also poses a systemic threat to Jews of color and others who are entitled to our holy, Jewish spaces.

Let me be clear: I am talking about making High Holy Days safe for all Jews and their families, not about getting rid of security measures.

These officers and other protocols are needed during the High Holy Days. This is a time when the most Jews will gather. High Holy Days is perhaps the one time of year when the highest number of Jews will come to support their community and Jewish traditions. Yet tragically, we all know that this means these celebrations are targets for anti-Semitic terrorists. This is reality.

But there is an additional reality for those of us who are racial and ethnic minorities both inside and outside of Jewish communities. While security is needed at these celebrations, it also poses a threat to those of us who look like we don’t belong. All you need to do is look at the news of all of the people of color who have been terrorized, murdered, and beaten by police forces and neighbors.

There is good reason to be worried. Most of the white Jews I know worry about outside forces like white supremacists and other anti-Semites that threaten the lives of every Jew and Jewish community member in a synagogue during these times. And Jews of color worry about these threats, too.

But for many Jews of color, the danger is not just from the outside; it comes from the inside, too: the danger of one white Jew being enveloped by the sea that we all swim in called white supremacy.

This sea tells us that the only way to defeat anti-Semitism is to be silent and do what the white Christian majority would do: use racism, classism, gender binaries, or ablism in order to be granted a temporary pass into whiteness. It is a sea that manifests in all of us and makes us the physical agents of white supremacy. And this sea that will consume us all if we let it.

There’s a language of false equivalency that permeates white Jewish spaces and contributes to this. It compares the Jewish and African Holocausts, Jim Crow with Kristallnacht. And it comes from leaders in the community who describe the current state of anti-Semitism. Even though we cannot go back and retrain all of the security guards on the diversity of the Jewish people, we can start by making sure that false equivalencies are not taken out of the context(s) of our speeches and appeals.

We can start by using explicit language around our diversity because everyone needs to hear it. We can make sure to speak about how anti-Semitism and white supremacy impact Jews of color in all spaces. That is an open conversation worth having in a time when there is a captive audience — no pun intended.

As for right after the High Holy Days, start by prioritizing diversity in your community’s budget. Bring in trainers and consultants to guide these conversations around security, racial and ethnic diversity. If we start right now, the (57)80s are going to be safer and more celebratory for all Jews, family and allies during the HHD season and year-round. I know we can make diversity bloom in our communities. Will you join the effort?

Jared Jackson is a diversity consultant, entrepreneur, the founder and executive director of Jews in ALL Hues.