Jews Of Color Have Been Consistently Undercounted By The American Jewish Establishment. Until Now. 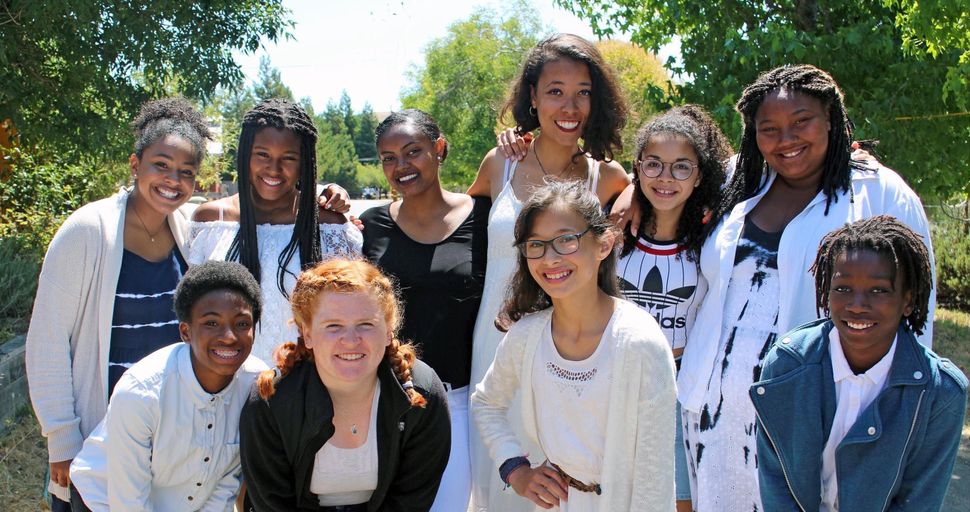 Which demographic group of the American Jewish community has more members: Jews of color, or the Orthodox?

They’re actually around the same size — 12-15% of American Jews, or about 1 million people — according to a new study released last week. The study aimed to correct the widespread misconception that American Jews are almost entirely white-skinned.

The study shows just how poor a job most demographers of American Jews have done in studying non-white Jews, throwing something of a wrench into the world of Jewish population studies and the organizations that sponsor them. Its resulting estimate of just how many American Jews are people of color may also have far-reaching effects for Jewish organizations organizing their funding, their programming and how they educate Jewish leaders.

“The framing of the information has been, look how few Jews of color there are,” said Ilana Kaufman, director of the Jews of Color Field Building Initiative, the nonprofit group that commissioned the study. “We need to be able to see ourselves as the multiracial community that we are.”

Until this study, estimates of the number of Jews of color in the U.S. varied widely. According to the Pew Research Center’s 2013 “Portrait of American Jews,” 7% of Jews described themselves as black, Hispanic or of a different racial background. Be’chol Lashon, a group that promotes racial and ethnic diversity in Judaism, put the number at a fifth of the broader population in a 2002 estimate. They defined “racially and ethnically diverse” Jews as all Jews not of Western or Eastern European heritage, including Sephardic and Mazrahi Jews with roots in Southern Europe, North Africa or the Middle East.

The new report — funded with a $35,000 grant from the Harry and Jeanette Weinberg Foundation — lays out how other attempts to measure Jews of color both nationally and by city were flawed. It’s double-entendre’d title is “Counting Inconsistencies.” You can read the executive summary here.

Some surveys, like Boston’s 2015 community study, didn’t ask about race at all. Others (e.g. Philadelphia 2009, Seattle 2014) found their sampling population by contacting people with Jewish-sounding names — something a Jew of color might not have — or limited respondents to people already on the donor and membership lists of established synagogues and Jewish community centers.

Even when they did ask about race, the surveys did so in ways that suggest they did not have strong definitions about what constituted a racial identity, an ethnic identity or just a category of Jewish heritage. For example, some surveys asked about “ethnicity,” while others asked about “Jewish ethnicity.” For a question about personal identity, Miami’s 2015 study limited respondents to “a) Sephardic Jew, b) A Hispanic Jew or c) What country is your family from?”

“Ultimately the takeaway of the report is that we’ve been asking these questions very poorly and very inconsistently,” said Ari Kelman, a professor of education at Stanford University and the study’s lead author. There was much more consistency, Kelman noted, in questions about denominational identity: Are you Conservative? Are you Orthodox?

The original intention of the report, Kelman said, was to take data from 25 Jewish population studies and create a complete database of demographic information about Jews of color. But because the studies were so inconsistent, their results simply couldn’t be combined into a single source of information.

“When we set about doing the analysis that Ilana [Kaufman] wanted to do, it became clear that it was impossible,” Kelman said.

The resulting numbers that came out of the study, then, are a rough approximation — not the gold standard for accurate demographic studies. But Kelman stands by the report’s broad results, such as that roughly one in five Jewish homes has a non-white or multi-racial member, and that the proportion of non-white Jews will continue to rise in the 21st century.

For many people who work in organizations that support Jews of color, this kind of study was long overdue.

“Most, if not all, of these surveys that float around, they’re by people who aren’t us, and don’t necessarily have the lenses, the skill set that some of us have as Jewish diversity professionals to see in between the lines,” said Jared Jackson, the executive director of Jews in All Hues, a non-for-profit in Philadelphia that promotes diversity consciousness in the Jewish world.

Jackson noted that one particularly timely outcome from this report could be that it would lend credence to calls from Jews of color for racial sensitivity and training as synagogues around the country beef up their security. Many Jews of color have been profiled by synagogue members and security personnel — Jackson said he hopes that, if people realize that 1 million Jews aren’t white, they might be less likely to pull aside a non-white person in the shul lobby on Shabbat.

The report also suggests that, in the 21st century, the American Jewish community will come closer to mirroring the racial and ethnic diversity of the country at large, Kaufman said.

“That’s a beautiful thing that our community has all this diversity, and will continue to grow,” she said. “And let’s be prepared for it.”

Prepared, in this case, Kaufman said, means updating curricula in Jewish schools and seminaries, increasing diversity training at synagogues and directing funding to programs that help Jews of color feel visible and respected in the broader Jewish community — something that is not always a given.

Diane Tobin, the founder and director of Be’chol Lashon, said that she welcomed the report, but added that readers should keep in mind “the caveat that race is a social construct with ever shifting boundaries.” Even 70 years ago, she noted, white-skinned Jews were not yet considered white.

The report, Tobin said, is “a reminder that counting Jews remains a complex and contentious issue, not only for Jews of color, but for all Jews.”

There’s still much to be discovered about American Jews of color. How many have been profiled in a Jewish setting? How many have moved away from Jewish observance, and how many towards it? How many would say they “pass” as white? How many Sephardic and Mizrahi Jews consider themselves white, and how many do not? Do they think about Israel differently than white-skinned Jews? How many identify as “culturally” Jewish, and how many believe in God?

Tobin said that the next round of studies on Jews also need to focus on something Jews of color have been saying for years: that their racial and ethnic identities are no less important to them than their Jewish identities, and should be treated as such. She acknowledged that that may be a difficult pill to swallow for many white Jews, since many grew up being defined solely by their religion.

“[Jews] used to be isolated, and we’ve successfully integrated into a free market society of choice around identity,” she said. “So how do we balance that?”

Jews Of Color Have Been Consistently Undercounted By The American Jewish Establishment. Until Now.