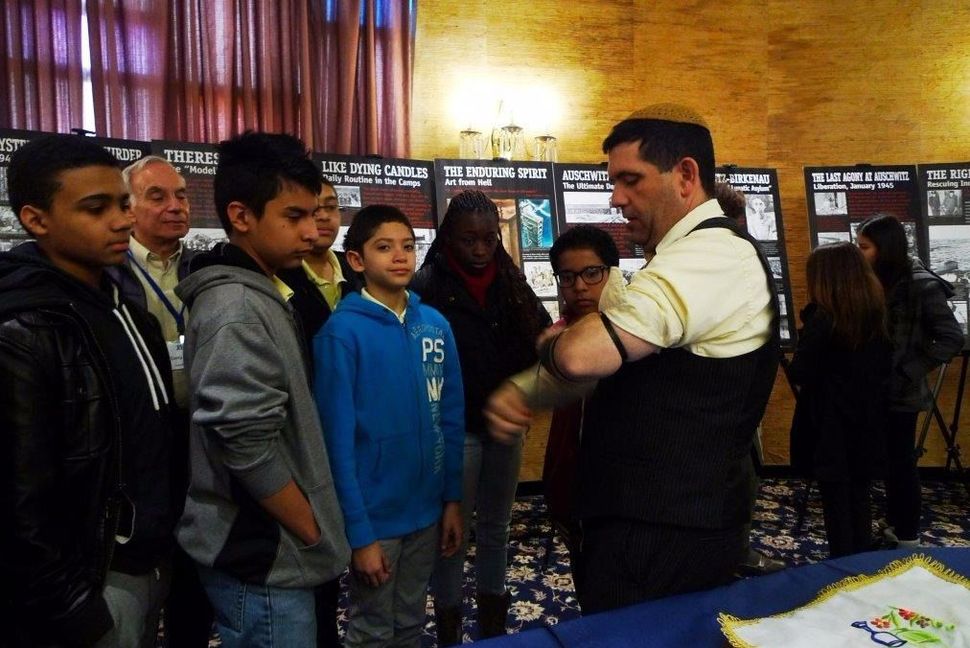 When Rabbi Rigoberto Emmanuel Viñas took the helm of the aging Yonkers, New York, synagogue Lincoln Park Jewish Center 15 years ago, the hope was that the Cuban-born Orthodox Jew would breathe new life into the sleepy congregation.

And over the following years the strategy seemed to work. Membership swelled, garnering acclaim from the media. Viñas brought more than 30 new families into the pews. The New York Times called him the declining synagogue’s “savior.”

The only problem? To some, the Jews coming were the wrong color — black and brown instead of white.

“They thought I was trying to racially transform the synagogue,” Viñas alleged in a federal discrimination complaint filed in May. “And they didn’t like that.”

The board has terminated his contract. Viñas is charging them with “unlawful discriminatory practices relating to his employment based on race, national origin and retaliation.” And now, the board is moving to boot Viñas from his home in Yonkers, which is owned by the synagogue. An eviction hearing is scheduled for November 15. Some synagogue members have left following the rabbi’s departure. The fate of the congregation is up in the air.

The board was initially excited about Viñas’s work in building membership, he says, but racial tensions seemed to simmer as Viñas attracted dozens of members with roots in places like Puerto Rico, the Dominican Republic and Mexico. Some members allegedly complained about the “darkies” taking over the community. According to the complaint, the conflict came to a head with the sale of the synagogue in 2016, and Viñas’s ouster.

“They terminated him, and now they’re trying to evict him from the house that he’s been living in for years,” said Vincent P. White, Viñas’s attorney. “They’re retaliating.”

Viñas’s explosive allegations of racism were laid out in a complaint filed with the Equal Employment Opportunity Commission this past summer. News of the allegations cascaded through social media and shattered what had been the synagogue’s reputation as a destination synagogue for non-white Jews, one that was known for its diverse and welcoming congregation.

The Lincoln Park Jewish Center did not respond to requests for comment. 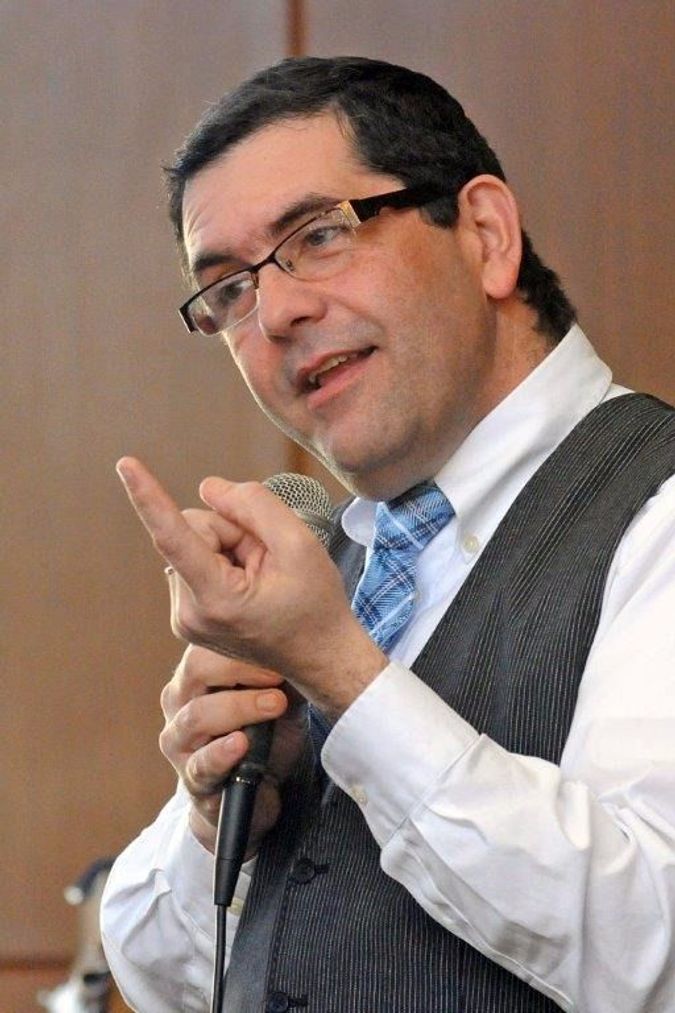 “A number of Jews of color said they loved going to the synagogue, and that Rabbi Viñas had created a very welcoming environment,” said Shirley Gindler-Price, the former president of the Jewish Multiracial Network. Gindler-Price maintains an online list of “welcoming and diverse synagogues” for potential congregants. After learning about the allegations, she said, “I felt compelled to remove them” from the list.

April Baskin, whose work for the Union for Reform Judaism involves outreach to non-white Jews, shared news of the allegations on Facebook and lamented what she called “the fact that racism and white supremacy has made its way into the fabric of our community. We must work to eradicate it.”

Viñas is the son of a Cuban Jewish couple that came to America after the country’s 1960 revolution. He was raised in Miami but attended college in New York, and received rabbinic ordinations from Kollel Agudath Achim and Yeshivah VeKollel Zichron Hizkiahu Yoel.

Before taking the position in Yonkers in 2003, Viñas had made a name for himself with by running a Spanish-language Jewish education and spirituality center service for Latin American Jews, called El Centro de Estudios Judíos, a project that received the imprimatur of Rabbi Avi Weiss, a well-known cleric from the Bronx’s Riverdale Yeshivat Chovevei Torah Viñas’s students included individuals who had been raised Christian but believed they had Jewish roots. The rabbi would lead these students through formal conversions.

Viñas’s religious outreach work continued during his tenure at Lincoln Park and was a source of tension.

The complaint alleges that one board member, Helen Schwartz, once remarked, “Wouldn’t it be terrible if the darkies took over the synagogue?” when talking to Viñas about new congregants. Schwartz also allegedly complained to a director that Viñas wasn’t truly Jewish because of his Latino background.

The complaint charges that board members also spread rumors that Viñas stole from the rabbi’s discretionary fund to give money to Spanish members.

“An investigation revealed that the funds were properly distributed,” the complaint said. “However, the very same false allegations arose again several months later, again with no finding of wrongdoing.” 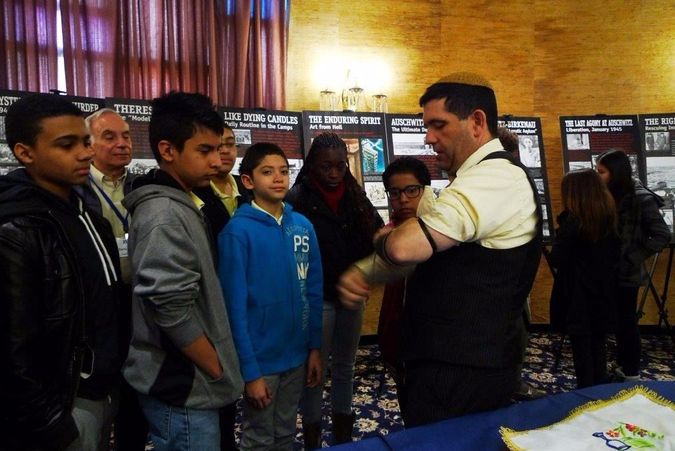 Viñas is also accusing the board of brushing off earlier complaints of racism, including reports that the child of a white and black couple was told that their family “didn’t look Jewish” and that the couple was “creating the wrong impression at the congregation.”

Amid the simmering tensions, Viñas sought to assuage fears that he was chasing whites out of the synagogue. In 2010 he even went so far as to present to the board a chart of the ethnic breakdown of the congregation. It’s a move that made him personally uncomfortable, but one that he thought was for the greater “good of the congregation,” according to the complaint.

That same year, amid concerns about funding, Viñas received an anonymous note that seemed to have been tied to the dispute. “The Temple has financial problems,” the note read. “See if your new black and Ladino members will pay your salary. We won’t give you a penny.”

Ladino is the language spoken by some Sephardic Jews. 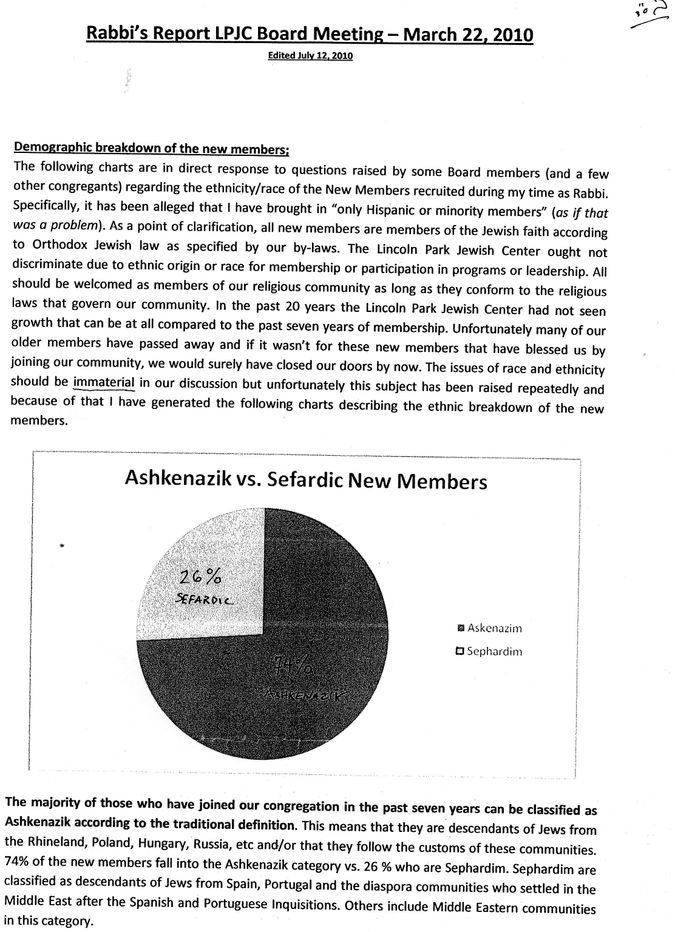 A report that Rabbi Vinas gave to the board in 2010, in which he responded to questions about the “ethnicity/race of the New Members.”

The racially charged dispute dragged on for years, exacerbated by the financial woes of the community. In 2014, Viñas was openly accused of anti-Semitism, a charge that the complaint calls “racially motivated.”

Before he was booted outright, the board’s retaliatory measures against Viñas included docking his pay and cutting his salary, according to the complaint. Viñas is seeking compensatory damages for the board’s retaliatory practices, which he claims caused him “significant financial ramifications, humiliation, outrage and mental anguish.”

The controversy caused some community members to leave in disgust.

“They treated him really badly,” Judith Weizner said. “I left because of that.”

Weizner, a retired piano teacher who lives in Yonkers, had joined the congregation because of Viñas. She met the rabbi after the death of her Jewish husband. Weizner, whose mother was Mexican, converted to Judaism under Viñas’s guidance. She said she saw many instances of subtle racism.

“The older members were uncomfortable with black and brown people coming in,” she said. “When you have a few coming in, that’s one thing, but when you have a row of people sitting there, that’s another thing. They were afraid that this week it’s a row, next week it’s going to be three rows.”

Viñas’s own personality quirks may also have contributed to the tensions. Two congregants recalled one Sabbath sermon during which a longtime female congregant interrupted the rabbi to ask a question. It struck Viñas as an unusual move, and perhaps a challenge to his authority, and he said something to that effect. The woman bristled and felt antagonized by the rabbi, members said.

And while Viñas and others may have felt like a revival was happening at Lincoln Park over the years, still others, no doubt, remembered a time — decades ago — when the congregation numbered more than 300. Even with Viñas’s outreach, the pews did not fill out like that anymore.

Facing a deficit of $107,321, the community sold the synagogue this past February and will continue to worship there for the next three years, but after that they must find a new home. “There’s a sense of sadness about the inevitability of the situation,” the board president, Jack Schweizer, told Lohud.com after the sale.

Some board members have defected, but it is unclear whether membership has dropped because of Viñas’s departure.

Justin Kravetz, a 50-year-old assistant principal at a public school in Manhattan’s Harlem, is another congregant who left amid the fallout between Vinas and the board. “He was bringing in new Jews, other types of Jews,” Kravetz said, “Some of the older people didn’t exactly like that, and I would hear comments. I’d say, well, Jews aren’t only white, you know. I don’t think Moses was a white dude.”