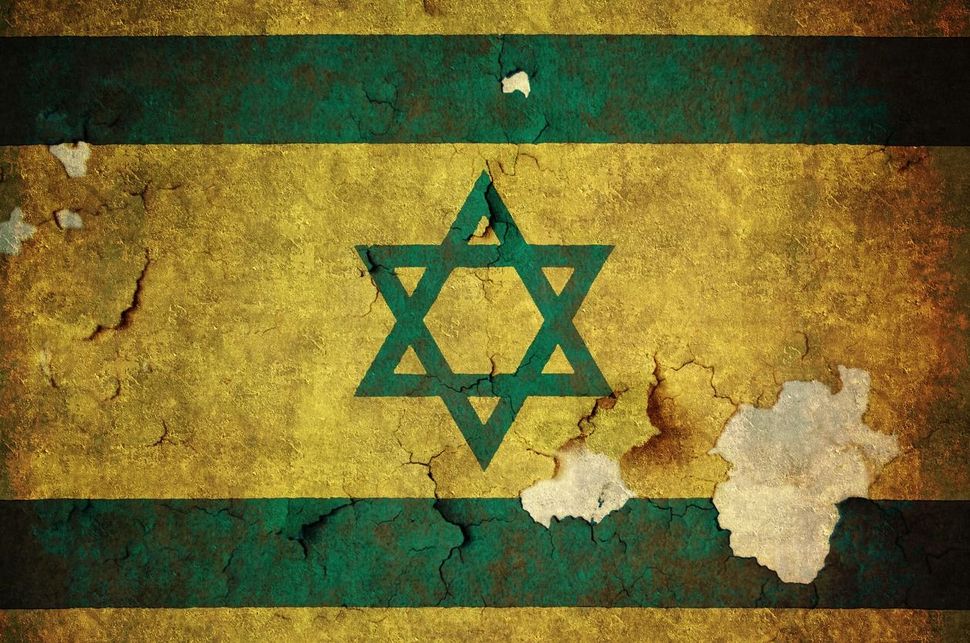 One of the responses to the horrific massacre of 11 praying Jews this fall was a call for more firearms in synagogues. From Brooklyn Borough President Eric Adams to New York State Assemblyman Dov Hilkind to President Trump himself, many called for an increased presence of armed guards at Jewish places of worship.

But not everyone supported this approach, which was met with some much-needed pushback. As Bentley Addison argued in these pages, bringing police officers into synagogues was guaranteed to make them less safe – for black Jews and other Jews of color.

“In the aftermath of this horrific attack on our community, we must prioritize the safety of all Jews,” wrote Addison. “And the simple fact is, with police officers in synagogues, black Jews and Jews of color won’t feel safer at all. In fact, we’ll feel — and be — less safe.”

Addison’s piece was a crucial corrective to a Jewish community that all too often overlooks – if not downright alienates – black Jews. And his piece had a deep impact on the American Jewish community. It was widely shared, and people still mention it to me when the topic of how best to protect our communities comes up.

But not everyone agreed. Addison’s piece sparked a shocking backlash from the pro-Israel right on Twitter. The comments, many but not all of which came from Israelis, ranged from questioning Addison’s Jewishness to accusing him of endangering other Jews.

It was horrifying. It was also par for the course.

Spend a few minutes on Twitter and it won’t take you long to find both American and Israeli accounts routinely resorting to racist invective against American black Jews.

What could possibly explain this? Why is the pro-Israel right and its Twitter army so threatened by black Jews?

I believe it’s because black Jewish writers and leaders embody — quite literally — an alternative to a Jewish identity based in strictly policed in-marriage and ethnic ties. Though many black Jews are ethnically Jewish, their existence at the intersection of Jewish identity and black identity creates an expansive vision of what Judaism is, and what it means to identify as a Jew. It’s a vision that departs both from the ethnocentric, nationalist model of Jewishness that Israel is increasingly pursuing, but also, from the blind fealty to Israel that has replaced Jewish identity in America for the past fifty years.

In offering an alternative model of Judaism based in intersecting identities and intersectional values, rather than policing ethnic boundaries and blind loyalty to Israel, black Jews and Jews of choice threaten the very model of Jewishness upon which the Jewish state is increasingly predicated.

And for that, they must be silenced.

Thus, last week saw two attacks against black Jews, published in two separate Israeli papers. One piece, in the Jerusalem Post, was a retread of an earlier piece so riddled with errors and invective that it had to be taken down.

The second, disgustingly titled “Wearing Jewface” in a reference to the racist practice of wearing “blackface,” still stands on a Times of Israel blog. As its headline suggests, it’s a racist screed written by Debbie Hall, a Twitter personality well known for her constant attacks against black Jews.

Hall has a credit for “additional reporting” on a Tablet Magazine article calling into question then-candidate for New York State Senate Julia Salazar’s claim to be a Jew of color; and in her new Times of Israel blog, Hall opens by taking credit for the research that “exposed” Salazar. Flummoxed by Salazar’s use of the extremely common Hebrew phrase for the High Holidays, “Yamim Noraim,” Hall viewed the term as “just one of many clues that led me down the rabbit hole of research that resulted in confirming Salazar is as Jewish as a ham sandwich, on Wonder Bread, with Miracle Whip and a slice of Velveeta.”

How ironic that it was Salazar’s knowledge of Judaism — which trumped the disastrously ignorant Hall — that led Hall on her quest to expose Salazar’s “charade.”

But Salazar is just one of three Jews of color targeted by the piece, which argues that lefty people of color are masquerading as Jews in order to get away with criticizing Israel. It takes aim at two Forward contributors, Rebecca Pierce and Nylah Burton, both proudly black and Jewish. And while the piece also includes one white-skinned Jewish woman, Rabbi Barat Ellman, Hall allows Ellman to be “legitimately Jewish,” reinforcing what the piece doesn’t even bother to hide: that the pretenders to Jewishness, those assuming “Jewface” in Hall’s disgusting terminology, were worthy of suspicion for the color of their skin.

These attacks are vile and racist; they stem from the erroneous belief that a black person must either have converted to Judaism or be lying about who they are. And they violate one of the most sacred commandments of the Bible, which instructs us never to question someone who has converted to Judaism.

Thankfully, this screed has been soundly condemned by many on social media, and on its own, would not be worthy of our attention, except insofar as the Times of Israel has sullied its reputation by refusing to take down such an ugly piece. The piece’s importance lies rather in the fact that it is part of a trend of vicious attacks from the pro-Israel right against Jews of color — especially black Jews.

The attacks come from Twitter hasbaraists like Hall, self-appointed defenders of Israel both Israeli and American who are not even very representative of the Israeli right wing. They are a Diaspora-facing bunch — even the Israelis tweet in English — and they attack American Jews in order to police American Jewish discourse around Israel.

And they have taken it upon themselves to “expose” black Jews and silence them by calling into question their Jewishness.

Many have been the attempts to silence dissent in the Diaspora by calling us fake Jews. But in the case of the pro-Israel right’s attacks against black Jews, it’s not only about silencing criticism of Israel. It’s about invalidating the version of Judaism that these leaders have brought to the fore, setting the agenda for an American Jewish community whose Jewishness is increasingly based on values rather than bloodlines and on choice rather than exclusion.

Black Jews in American literally embody an expansive vision of peoplehood that extends beyond strictly policed ethnicity. Their very existence gives them a unique perspective, gleaned from constant exposure to both anti-Semitism and anti-black racism in the U.S.

And in embodying black-Jewish relations — even black-Jewish love — black Jews represent one of the pro-Israel right’s biggest fears: that we might find more in common with other American minorities than with Israeli Jews.

Black Jews, like Jews of choice, represent a form of Jewish identity that is defined by and thus requires standing up to injustice, standing against oppression, and standing alongside the oppressed.

Black Jews aren’t going to ascribe to a version of Judaism that includes their own or anyone else’s oppression. And they are setting the agenda for the rest of us, setting the bar high for plumbing our rich tradition for injunctions to protect the vulnerable.

There is of course no neat dichotomy with whites and Israelis on one side and Jews of color and Palestinians on the other side. Many Jews of color are staunch Zionists, and the majority of Israelis are not white Jews.

But in the case of many Jews of color, their intersectional identities entail standing up and fighting white supremacy and fighting for Palestinian rights, in the name of Judaism. And it’s this that has the hasbaraists running scared, desperate to shut down a conversation that insists that Israel’s increasingly ethnocentric cast is a betrayal not only of civil rights but of Jewish values.

As a form of identity, the Jewishness embodied by black Jews and Jews of choice is a rebuke to the ethno-centric, nationalist model of Jewish identity that Israel has increasingly locked itself into with its ultra-Orthodox rabbinate policing who is and who is not a Jew, and the Nation State bill which privileges Jews over other minorities in Israel. And it’s this model of strictly policed Jewish ethnicity that the pro-Israel trolls use to try to force conformity here in the U.S.

The problem is, it’s not. Not anymore. And that terrifies them.