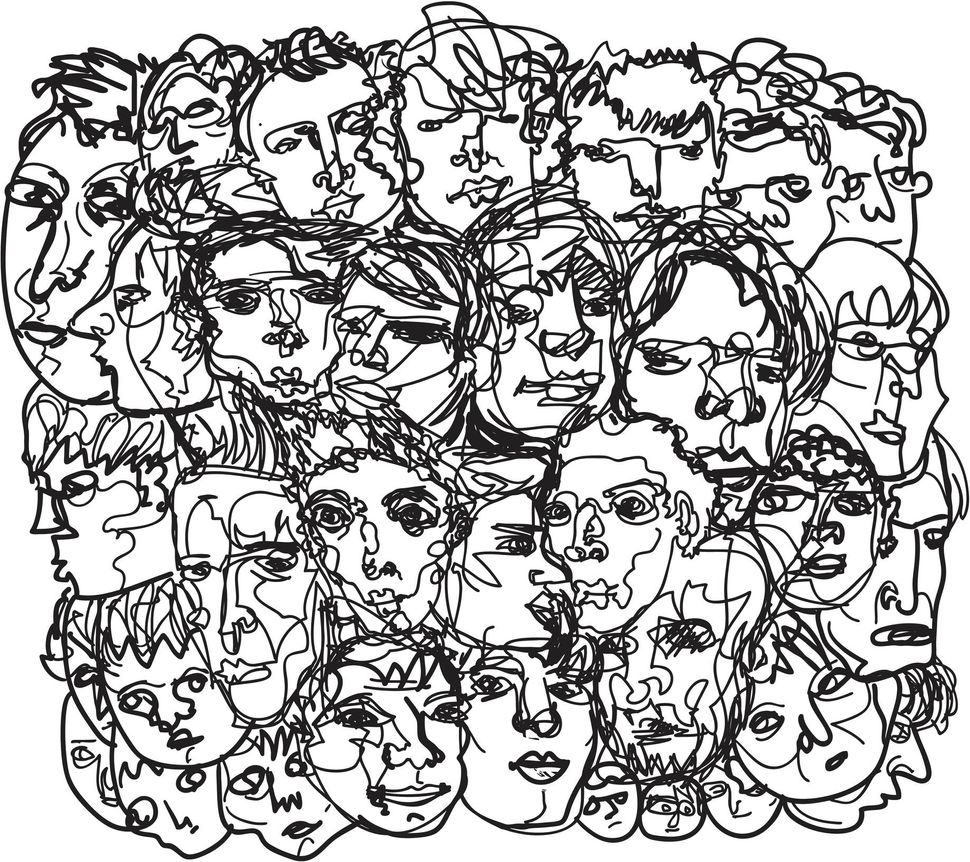 The first time someone told me I was white, I was seven years old. Three of my friends, all of them light-skinned black kids like me, taunted me in the schoolyard after my father dropped me off.

“That’s not your real dad,” they said. “He can’t be because you’re white.”

I was devastated. But I remember my father reassuring me that they were wrong; not only was he my father, but also, I was black, even if I was lighter than the other black kids.

My parents raised me to be secure, as racially mixed and Jewish. These were non-negotiable parts of my identity.

But as I got older, I began to understand that there was a third element to my racial identity: I am white-passing. This means that I am frequently mistaken for white, even though I am not.

Passing in the black community is about more than just appearances. It is a loaded term that refers to attaining aspects of whiteness but only at the cost of one’s blackness.

Because this loss of blackness is so central to what the phrase “white passing” means, I was surprised to hear the term being used in a completely different context — by American Jews who don’t see themselves as white. Since Jews are subjected to racialized forms of anti-Semitism, they argued, and because Jews are victimized by white supremacists, white-skinned Jews are not actually white but rather pass as white in those moments when they are not facing discrimination.

I appreciate the discomfort that many Jews feel being categorized as white. And yet, this use of the term “passing” is wrong. Not only is it inaccurate; it co-opts a term that describes a particular experience of race in America and erases all of the particularities that “passing” describes, leaving those of us who are white-passing people of color with no meaningful way of explaining the issues we face in a society still structured on a black/white racial binary.

Historically, passing arose out of a legal context where rights depended on race. Numerous laws were passed in post-Civil War America circumscribing the white race, and while these boundaries were porous and people who “looked” white were absorbed into the white majority, criteria defining the racial identities of mixed people began to crop up, with categories such as mulatto (half black) added to the Census in 1850, and quadroon (one black grandparent) and octoroon (one black great-grandparent) added in 1890.

But then came the “one-drop rule” in the early 20th century, where any known black ancestry made a person black, excluding him or her from the rights and privileges afforded to white Americans. Pressure mounted to do away with the mixed race classifications, and in 1930, the Census Bureau dropped mulatto, quadroon and octoroon; no mixed race category would appear on the census until the year 2000.

In fact, that someone with black ancestry might pass as white became a source of great anxiety for white Americans. There was great concern with the fact that the line between black and white was perhaps more permeable than they had imagined, as my cousin, historian Elizabeth Smith-Pryor, explains in her book, “Property Rites: The Rhinelander Trial, Passing, and the Protection of Whiteness.”

From sociologists to census enumerators, passing was a problem. At the same time, the incentives to being perceived as white were great, from the civil rights it awarded to the property ownership opportunities to the employment opportunities to other areas where whiteness was a form of sometimes life-saving privilege.

Passing was not just about looking white, though. To pass meant to leave behind your blackness. As historian Allyson Hobbs so perfectly captures it,

In today’s society, while the color line is not so neatly defined, passing remains fraught with contradictions. While legal reasons may no longer exist, there continue to be benefits to passing, namely, the ability to move through this world without necessarily encountering the overt and structural racism experienced by most black Americans.

This, of course, is patently not the experience of white-skinned Jews.

There’s no doubt that the relationship of Jews to whiteness is not easily defined. It is already the topic of numerous scholarly books. And yet, demographic studies show that the vast majority of Jews themselves identify as white, full-stop.

The 2013 Pew Research Center Portrait of American Jews demonstrated this clearly: Of the people surveyed, a full 94% of respondents identified as non-hispanic white. Only 2% self-identified as “other.”

Given the amount of attention this topic has garnered in scholarship, in journalism, and online, you would think that this number would be much higher.

I understand the uneasiness with white identity which I often hear expressed. Whiteness for Jewish Americans is not absolute, which became increasingly apparent after the neo-Nazi Unite the Right rally in Charlottesville, Virginia and the mass-shooting in Pittsburgh that lest 11 Jews dead. And as hate crimes targeting Jews continue to increase, the tenuousness of Jewish whiteness will likely come to the fore even more.

It’s also true that in many ways, North American Jews’ experiences of whiteness have paralleled the experiences of people of color who pass. I think of my white-skinned grandmother, whose general demeanor towards her family’s Jewishness was that outside of the house, “nobody needed to know”, and so many other stories of assimilation — the changed names, the un-learning of Yiddish inflections, and indeed, the checking of the “white” box on demographic surveys.

At the same time, Jewish whiteness has always been presupposed by American law. Jews both Sephardic and Ashkenazi were classed as “free white persons” by the first Congress in 1790. Likewise, unlike other racial groups, Jews were never subject to anti-miscegenation laws, and indeed, could marry Christian whites — and did.

However societally shaky Jewish whiteness may have been, in the United States, the law saw Jews as white.

Last summer, writer Nylah Burton wrote an op-ed describing her experience as a black woman. In it, she offered an alternative to the term “passing” that she argued better described the experience of Jews who are not people of color: “functionally white.” I have seen elsewhere the suggestion that Jews could call themselves “conditionally white”. Others, such as the scholar Helene Meyers, ascribe to Jews the racial category of “off-white”.

The options are numerous. But whatever term we use, I implore you to please find something other than the term “white-passing.” To do so hijacks a particular legacy — a story of loss particular to the American context that has come to fully describe how it feels to be both white and black and also somehow neither.