Stop Calling Me A ‘Black Jew’ 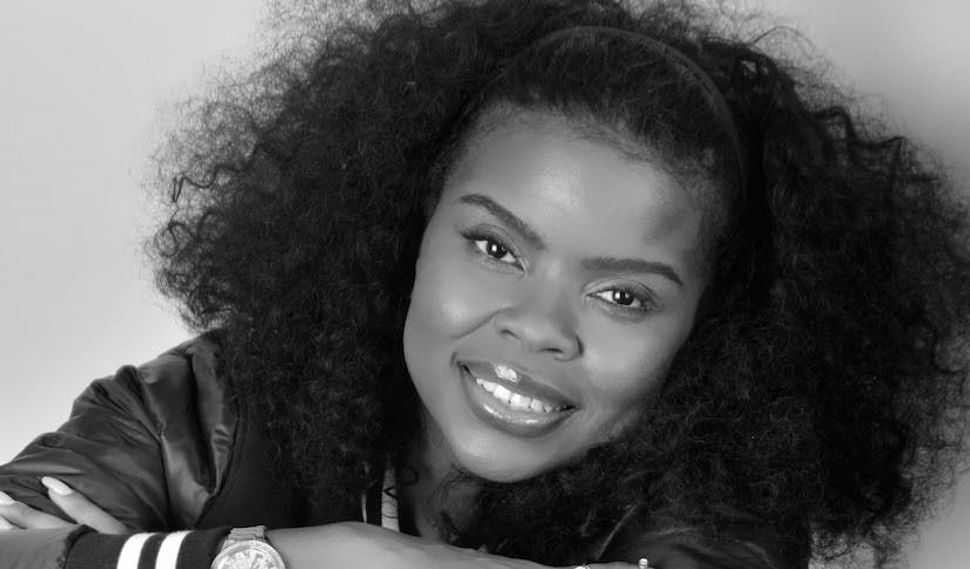 I’ve gotten a lot of questions since I started introducing my opinions in these pages. Some have been good questions. Some have been difficult ones. And some I won’t even dignify with an answer. But the most common question I’ve received, and the one I feel compelled to discuss this Martin Luther King Day, is the most straightforward: What is it that black Jews want from white Jews?

Let me start by saying that I’m not the spokesperson for black Jews. I can only speak for myself, and quite frankly, I don’t want anything. But here are a few thoughts I would like to offer on the subject.

Let’s start with that phrase, black Jews. When is the last time you heard someone refered to as a “white Jew”? I can tell you the last time I did – it was never. And yet the phrase “black Jew” has followed me around my entire life.

My whole life has been one of constantly explaining who I am and why I am because I was never allowed to be just a Jew, the way Jews who aren’t black are.

For so many Jews who look like me, this spiritual hazing proved to be too much, causing them to abandon Judaism altogether. When we’d venture into the “real” Jewish neighborhoods, we still received the same odd look and ogling that wearing a kippah in the ‘hood would get us: Why is this black guy wearing a kippah? Doesn’t he know he’s black?

Even amongst those who were supposed to be our own, we still were outliers. Men, women, even children with both a race and a religion, but without a people.

I am not a black Jew and I don’t like being called one. I am no more a black Jew than an Ashkenazi Jew is a white Jew. I would never let someone call me a black writer, or a black community activist; in fact, someone who would reference my color before listing my profession, qualifications, or anything else about me, would probably be considered a racist. Who else would find my racial identity relevant to anything that I am or what I do? And yet I am expected to answer to the name “black Jew.”

Being called a black Jew is no different than being called a “black writer.” Being a Jew refers to a person’s relationship with G-d, and it makes me sound like a sell out for allowing someone to put something so profane as a racial modifier on my religious identity. And though people probably don’t mean it this way, there is a deep profanity to adding the racial modifier. It reduces those who do so to nothing more than your run of the mill American racist. It’s embarrassing to all of us.

But this is America and I do look black. I look like other descendants of the “shithole” countries that built the United States, even though my genetic test proves that I have more European DNA than America would ever care to admit. Yet, my whole life I’ve been told that I’m just black.

They were special, different somehow than the white people who dye the Chicago River green every year on St. Patrick’s day, or the ones who owned black folk in the south. I, on the other hand, wasn’t special. I was still just black. Like the people who went to church every Sunday, ate catfish on Fridays and lived in the ghetto.

It made me strong. It wasn’t the tales of my parents’ and grandparents’ struggles in the old country that gave me my grit. It was my own experience that steeled me against the larger world. No one had to tell me anything. I lived it.

Perhaps if there was never a learned distinction between the black Jew and other Jews, Ashkenazi kids wouldn’t have grown up to be adults who are arrogant and ignorant enough to be shocked that the same G-d that made black Christians, black Muslims, and Buddhists, also made black Jews!

If we believe that man was created in the image of the Divine, to say that I don’t see him in you, or for you to say you don’t see him in me, means we’ve missed the meaning of it all, and white Jew, black Jew, we’re all bad Jews.

We were all created for some purpose. And if the purpose of the Jewish people is to fulfill its obligation of tikkun olam, we will have to put aside these artificial differences. The task is too big to achieve if we continue to be a divided people.

I don’t want anything from white Jews. I just want us all, black white and everything in between, to understand the word Jew is very small, but it is still large enough to fit us all without modifiers.

Stop Calling Me A ‘Black Jew’