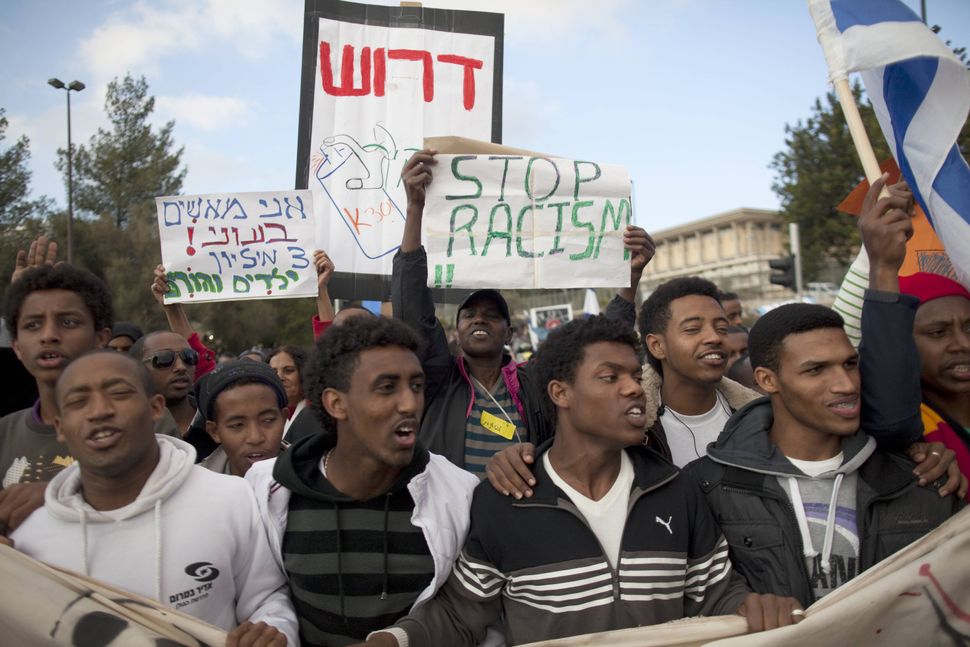 From the time I was a student at Jewish day school, I’ve been preparing myself for my inevitable pilgrimage to the land of our ancestors. Many in the community I grew up in had strong connections to Israel. Some had family there, others were educated there. A few went to Israel to join the army. They looked as if they were at home in the homeland of the Jewish people. At home like I wanted to be, and imagined myself one day being.

My trip would be beautiful, I thought growing up. I would climb Masada at dawn, float on the Dead Sea and, of course, I would pray at the Kotel, the holiest site in the Jewish world. I imagined that I’d be overcome by the sheer magnitude of the moment. I could almost hear the earth-shattering echoes of the voices of millennia of our revered ancestors and teachers. Just imagining the trip, I could already feel the joy of becoming a part of the history of that place, standing steps away from the wall I had spent a lifetime turning toward, eastward in prayer.

But I started to notice that the stories of people flourishing in Israel all had something in common: They were about white Jews. At some point, I realized that I didn’t have a single friend who was Jewish and of African descent whose stories made me want to book a flight.

I’m from Chicago, so I grew up hearing the stories of the Hebrew Israelites, Chicagoans who had relinquished their American citizenship to return to the land of the patriarchs, only to be denied Israeli citizenship and left stateless. Israel rejected the Black Hebrews as authentic Jews, insisting they convert to Judaism to be recognized as full citizens. They refused. Only in 2009, four decades after their arrival, did Israel grant some Israelites citizenship.

Every Israelite I had ever met had a horror story to tell. Their stories didn’t conjure up the idea of a land flowing with milk and honey. More like poverty and discrimination.

Over the years, I heard and read more and more stories and personal accounts that terrified me. Ironically enough, at the same time so many of these revelations were being made, the choir at my predominately African-American synagogue was learning a new and more soulful tune for “Hatikvah,” Israel’s national anthem, even as I was coming to terms with the fact that my soul did not feel welcome in the land for which we so beautifully express our love.

The more I learned and the more I read, the more difficult it became to sing the song. I read about the treatment of Mizrahi Jews, who are discriminated against regularly. I read about Ashkenazim who don’t want their children to attend the same schools as Jews of North African descent. Soon after that I read about the Ethiopian Kessim being forced to give up their age-old traditions and conform to more “traditional” Jewish standards, even though their traditions predated the Orthodox practices of European Jewry.

I read about how Ethiopian Jews face police brutality and discrimination from employers. Ethiopian supermodel Tahunia Rubel called Israel “one of the most racist countries in the world.”

Most recently, I read how Israel decided to close the Holot detention center where it incarcerated refugees from Africa. These Sudanese and Eritrean refugees now face a choice: be deported to Rwanda, or go to jail. This week, I read about how the Ministry of Interior announced that Israel will begin issuing notices to African migrants; they have until April to leave.

This certainly was not my Promised Land. The more I read about this very young country that I fell in love with as a child, the less it sounded like my homeland. It doesn’t say anywhere that Jews like me aren’t welcome in Israel, but Israel has shown me, repeatedly, that this is true. How can I trust that I won’t be swept up in the transport of Eritrean and Sudanese being deported to, of all places, Rwanda? If Ashkenazi women can be physically attacked while praying at the Western Wall, what might happen to a black woman doing the same? What if I’m like the young man from Kenya a few months ago, and I’m never allowed to even leave the airport?

I love to sing: in the car, on a stage, in a choir, in the shower. However, I will probably never sing “Hatikvah” again. And if I were younger I might even take a knee. In the same vein, I’ll probably remove “L’shanah Haba’ah b’Yerushalayim” from my Passover Seder song list.

Let’s face it: I probably won’t be there, next year or ever.

Tamar Manasseh is the founder and president of Mothers Against Senseless Killings. Follow her on Twitter, @TamarManasseh