Vassar Is Actually Handling Anti-Zionist Protests Really Well. I Should Know – They Protested Us 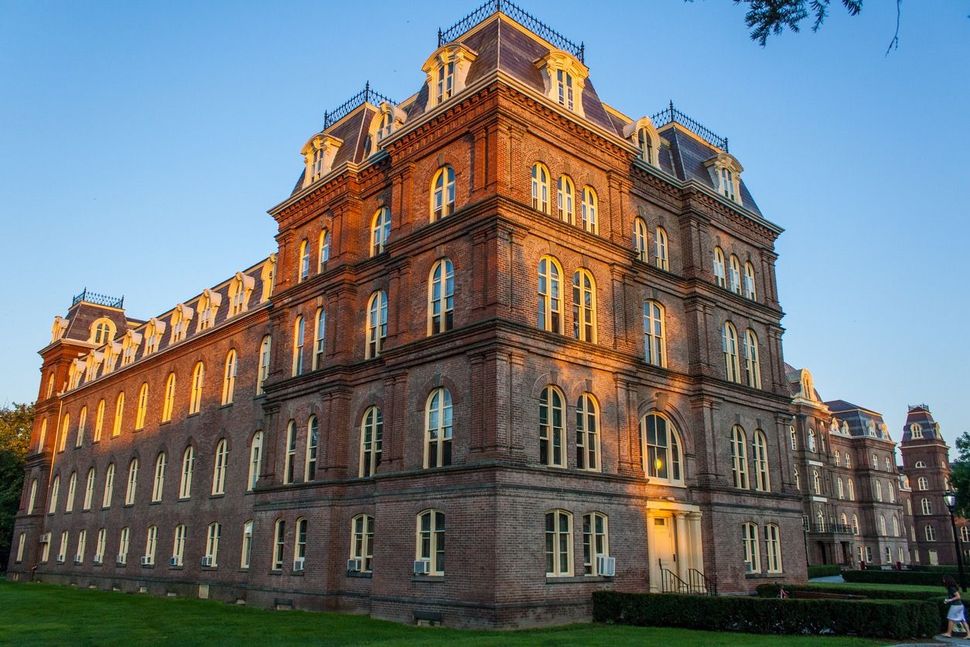 Protests Erupted When Our Israeli Speaker Came too Campus. Vassar’s Response Was Perfect. Image by iStock

This is one of a number of responses to what happened at Vassar when an Israeli speaker, Hen Mazzig, was protested last week.

In 2019, protests against pro-Israel and Jewish speakers are all too common. The topic is a heated one, and speakers getting protested has become almost a daily social media frenzy. These episodes pit the free speech rights of speakers and students inviting them against those of students who dissent, who wish to voice that dissent. And they can get messy.

I recently had to deal with these types of protests when my student group Vassar Organizing Israel Conversations Effectively invited a Mizrahi Israeli activist, Hen Mazzig, to Vassar to speak about his family’s survival of ethnic cleansing in Iraq and Tunisia.

In many ways, it seemed like the story we see almost weekly: Students invite an Israeli speaker and anti-Zionist students protest and disrupt the lecture.

But this was not like those other episodes. The difference at Vassar was that we were fully supported by the Vassar Administration throughout all steps of the process.

It gave me first hand knowledge of how colleges and universities can support Jewish and Zionist students on their campuses. It is my belief that Vassar should be used as a model for how to properly support Jewish students like myself.

So here’s a guide, so others can follow their example:

Step One: Support Your Students’ Programming

The first step is to support students with their desired programming, regardless of potential protests. VOICE first applied to our activities office for event approval and to the student government finance committee for help funding our speaking event.

Both the campus activities office and the student government supported our application and helped us fund the event, recognizing the importance of dialogue on the topic of Israel/Palestine and Mizrahi Jewish experiences.

The second step is to help students prepare in case protests erupt. This involves actively trying to recognize which speakers may be controversial on campus.

Campus activities reached out to me the day that I filed for the Hen Mazzig talk to schedule a de-escalation meeting with VOICE’s board members.

Step Three: Listen To Your Students

The third step is to listen to what students want. This de-escalation meeting included a lot of information about how to structure the event to minimize disruption. We also created a game plan to deal with continued disruption of the event.

The fourth step is to ensure the event can happen in the most peaceful way possible. When protesters did choose to show up to our event, we followed our game-plan exactly. Everyone continued business as usual until the protest policy was broken, when the speaker was disrupted. At this point, the appropriate response was taken by present administrators to remedy the situation and let Mazzig speak.

The fifth and final step is the follow-up: Check-in with all student organizers and event attendees.

After our event, Vassar’s president, Elizabeth Bradley appropriately condemned the use of hateful language and speak that was targeted at Mazzig and the student attendees.

“Last week’s event in which students chanted at an invited speaker was unacceptable,” she wrote. “The student leadership had committed to upholding our practices of peaceful protest, including not disrupting the speaker. They broke that promise. Furthermore, protestors chose a chant that can be understood to be calling for the eradication of the State of Israel and is highly intimidating to Israelis and Jews, and directed it to an Israeli speaker discussing his perspective on Indigenous Jews.”

The college has listened to our student concerns and promised to discipline students and organizations that violated campus policies and right to free speech.

I’m in my fourth year here at Vassar and in my third year as the president of VOICE. I’ve learned in this time that protests are not unique to just Vassar.

But the support that we receive here is. Colleges and universities around the world: Take notes from Vassar. There is a way to support students trying to bring dialogue on campus.

I hope to see this outline used to prevent problems at future events around the country.

Jacob Miller is a senior at Vassar College double majoring in Biochemistry and Jewish Studies. For three years, he has been the president of VOICE (Vassar Organizing Israel Conversations Effectively), Vassar’s one and only dialogue based group that holds academic discourse on the topic of Israel/Palestine.

Jacob Miller is a senior at Vassar College double majoring in Biochemistry and Jewish Studies. For three years, he has been the president of VOICE (Vassar Organizing Israel Conversations Effectively), Vassar’s one and only dialogue based group that holds academic discourse on the topic of Israel/Palestine.

Vassar Is Actually Handling Anti-Zionist Protests Really Well. I Should Know – They Protested Us