Menu
HomeI Served In Afghanistan. I Was Lied To And Betrayed By My Government.
Image by Courtesy of the Author

I served as an assistant chaplain in the military, which didn’t exempt me from the rules that governed our lives as soldiers. In the beginning of my career, one of the first things that I learned as a new recruit and soldier after the oath I swore to uphold is that as a soldier, you have to obey all lawful orders. The only time a soldier has the right to disobey an order is if it’s an unlawful order — in other words, if it’s a crime.

I enlisted in the military because I believe in wars that are just. I believe in the need to protect the freedoms of Americans, and humanity as a whole. That’s what I was thinking about when I deployed to Afghanistan the first and second time. I believed my government, the United States government, would not send me to fight an unjust war. I deployed with pride, certain I was going to fight for a just cause.

But I was deceived.

Recently, the Washington Post published an article about the 18-year-long war in Afghanistan. The piece catalogued how U.S. leaders throughout three presidential administrations had no clue what was going on on the ground — and proceeded to misrepresent what they did know. “A confidential trove of government documents obtained by The Washington Post reveals that senior U.S. officials failed to tell the truth about the war in Afghanistan throughout the 18-year campaign, making rosy pronouncements they knew to be false and hiding unmistakable evidence the war had become unwinnable,” the Post reported.

“We didn’t have the foggiest notion of what we were undertaking,” the White House czar on Afghanistan for both the Obama and Bush Administrations admitted — back in 2015.

And the casualties on the Afghan side were much worse. Last year alone, 3,804 Afghan civilians were killed. In total, over 147,000 people have been killed in the Afghanistan war since 2001. 38,000 have been civilians.

The effects of war are disastrous. War hurts families, neighborhoods, so much more. And yet, the officials of three separate administrations knowingly sent us to die and to kill in a war they knew could not be won.

The architects of the war in Afghanistan lied to us. They lied because they knew there was no valid reason for this war. If military leadership had known lying was involved in keeping this war going, they would have a right to disobey those unlawful orders.

As a combat veteran, I feel betrayed our that our leadership only cared about their own selfish goals, and not the lives and wellbeing of our troops. Nothing I believed was true. 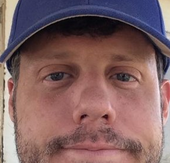 I Served In Afghanistan, I Feel Betrayed By Our Leaders

I Served In Afghanistan. I Was Lied To And Betrayed By My Government.