What The US Left Should Learn From Jeremy Corbyn’s Shellacking 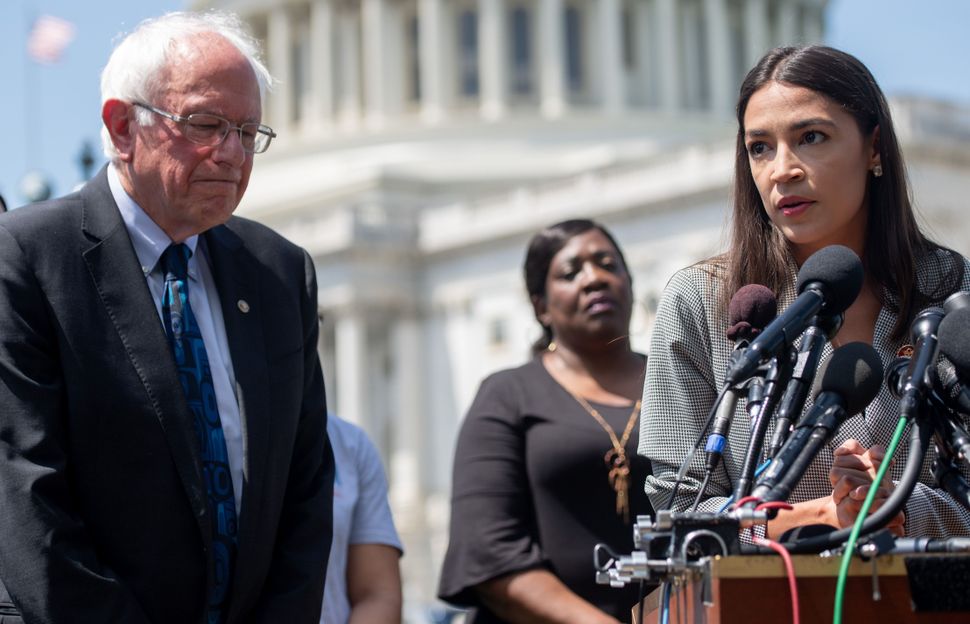 Let nobody tell you otherwise: The shellacking of Jeremy Corbyn is an unalloyed good. There is no ambivalence, and there must be no regret. Those who shed tears for Haman will eventually shed tears because of him. Decency sometimes has incongruous messengers, and at the moment Boris Johnson, he of the boorishness and floppy hair and flaws so large you can see them from America, is the dragon slayer Britain needed.

Two things are both true: Johnson’s comments about Muslims and others have been abhorrent, and yesterday’s results show that Britain has not yet fallen.

The election of Corbyn would have brought about the greatest political threat to a Jewish community in Europe since the end of the Second World War. The numbers are simply astounding. Nearly nine in ten British Jews consider Corbyn an anti-Semite, and nearly half viewed him as a clear and present danger and would consider emigrating if he had been elected to Ten Downing Street.

His resounding defeat is worth celebrating, regardless of political orientation; it is an enormous and wonderful relief. It is worth applauding however you feel about Brexit, or the NHS, or the shape and size of the welfare state.

Like the United States, the UK has its own demons on the right, and in the aftermath of the scope and scale of Johnson’s victory, those forces need to be strongly and seriously denounced. However, there was no comparison between the systematic anti-Semitism Corbyn oversaw and the real but more limited stains of prejudice on the other side.

The reason is this: Anti-Semitism corrupts everything. Under Corbyn, the Labor Party became riddled with Jew hatred to a level not seen in a major Western European political party in seventy years. It combined gutter anti-Semitism with high-brow prejudice. This rot is morally disqualifying, and the failure of Labor to replace Corbyn prior to the election suggests a complicity in his defeat.

To some on the American left, the anti-Semitism Corbyn harbored and husbanded and refused to denounce represented an inconvenient distraction, a fly in the ointment of solidarity and social justice. British Jews told a different story; of an ugliness scarcely to be believed, of a seamlessly merged anti-Zionism and anti-Semitism unchecked and unleashed. Corbyn’s was the sneering mouth explaining how “Zionists” don’t quite get English irony, and behind him were those whose hate for Jews was utterly and entirely sincere.

The benefits of Corbyn’s demise radiate across the ocean, most emphatically in a lesson to the Democratic Party. Bronx Congresswoman Alexandria Ocasio-Cortez’s 11th hour recommendation of Corbyn, and the intertwining of Bernie Sanders’s and Corbyn’s staff, indicate that all Democrats who want to see the party thrive need to be alert against this synergy.

This video is about the UK, but it might as well have been produced about the United States.

The hoarding of wealth by the few is coming at the cost of peoples’ lives.

The only way we change is with a massive surge of *new* voters at the polls. UK, Vote!pic.twitter.com/N5JYaVGCBs

This is not the behavior of a man allegedly serious about anti-Semitism. Even as Democrats train their eyes on the cornfields of Iowa, they would do well to spare a glance back across the Atlantic.

Anti-Semitism is itself a kind of politics, protean and potent, and as such it can only be eradicated by utter defeat, by resounding rejection. The flirtation between socialists here and there must be stamped out. Down this path lies converging moral and strategic disaster.

Many on the left, for whom Israel’s control of the West Bank has become the sin qua non of moral outrage, have long been pushing the 2020 Democratic candidates towards a more confrontational stance towards Israel. All of this may seem a far cry from the wave of hate that broke out in the Labor Party, and eventually broke it. But there is now a model, in a country as close to this one as exists in the world, for how a party gets captured by progressive pathologies and becomes a vehicle for political war against the Jews. Israel is usually the tell; what begins with sympathy for Hamas and solidarity with the Palestinian terrorists who murdered Israelis at the Munich Olympics is corrupt from head to tail, beginning to end.

The fight is not over. Vigilance against Corbynism is required on two fronts, first against those like Corbyn and his ilk, towards whom the only antidote is relentless opposition. The second is against those Jews and non-Jews, who excused and prevaricated, who said “yes, but” or wished away the ugliness. Right before the 2016 election, Jamie Kirchick wrote an essay in Tablet entitled “Who Goes Trump,” where he analyzed the character of those who would throw their support to the man who eventually became President. “Who went Corbyn?” we should be asking, and be unafraid of answering. There will be a next time.

What The US Left Should Learn From Jeremy Corbyn’s Shellacking