Calm down: Killing Qassem Soleimani made us safer 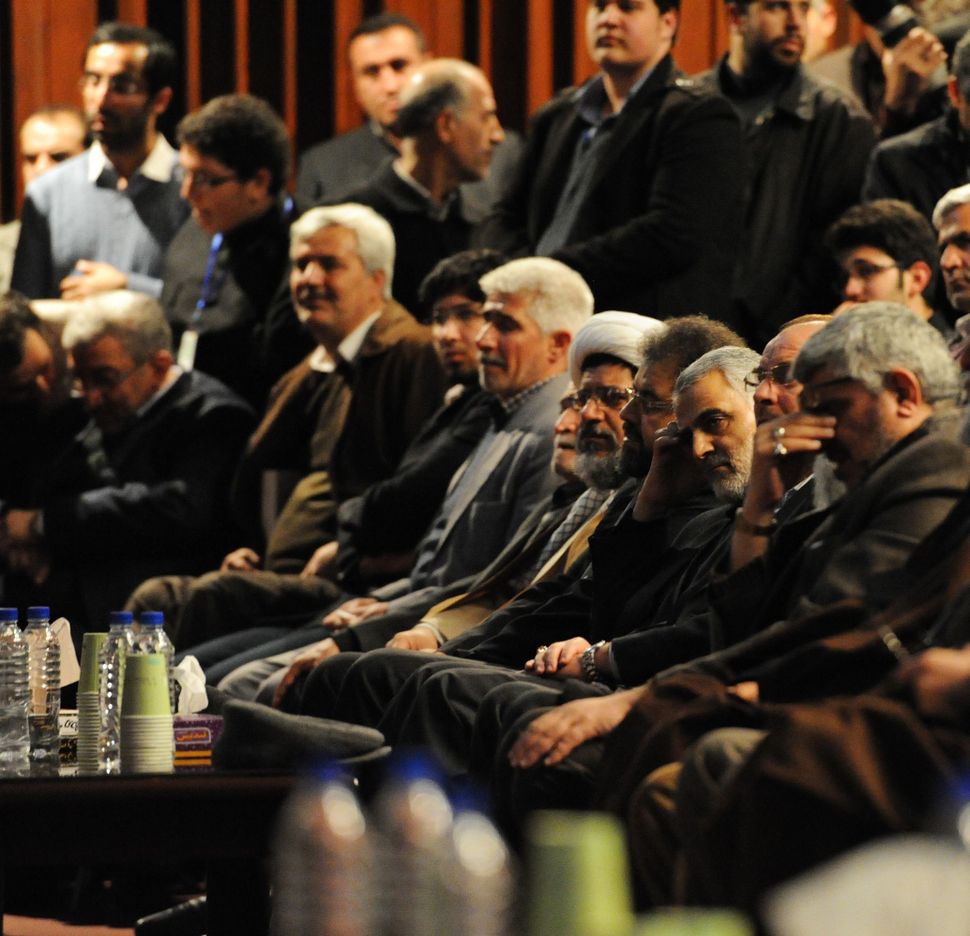 On Thursday night, in an act of escalation against Iran, U.S. drones struck a convoy of high-ranking Iranian and Iraqi commanders, killing Qassem Soleimani, the head of the foreign operations’ branch of Iran’s powerful and ideologically committed armed force. The strike represented an unprecedented act of aggression on the part of the U.S., at the behest of President Trump.

President Trump’s political rivals in the Democratic Party as well as many in the foreign policy punditry class have spent the 12 hours since the news broke predicting the worst, with “World War III” being thrown around on Twitter and on news talkshows.

They are unnecessarily alarmist. Soleimani’s assassination signals that the United States, under the leadership of Donald Trump, can no longer be counted on to play the role it has for decades of the responsible actor seeking to deescalate tensions. But rather than increasing the likelihood of a counterattack, this move counterintuitively decreases the threat of an all-out war.

Soleimani’s importance in projecting Iranian hard power and political influence across the Middle East cannot be understated. He oversaw the establishment, training, funding, command and control of (mostly Shia) militias across the Middle East; he also oversaw assassinations of Iranian regime opponents and attacks targeting civilians (many of them Jewish) in Europe and Latin America, as well as support to groups established independently of Iran, such as the Houthis in Yemen and Hamas and Palestinian Islamic Jihad in the occupied Palestinian territories. He also served as a trusted advisor to Iran’s supreme leader, and is the third most important Iranian regime official, after the Supreme Leader of Iran, Ali Khamenei, and the Commander of the IRGC, Hossein Salami.

Over the past decade, Soleimani, who was previously a figure largely known only to officials and intelligence services, gradually took on a more public role, with an Instagram account dedicated to his images gaining tens of thousands of followers before it was banned in 2019. At the same time, Iran and its non-state partners like Lebanese Hezbollah began admitting more openly their deployment overseas to fight against Syria’s rebellious towns and ISIS.

Soleimani’s increasing visibility in recent years, including the movement in a convoy with several high-ranking officials on the night of his death, indicates Iran’s growing confidence and belief that the United States and Israel would not dare target them.

This confidence stemmed in part from the Obama administration’s policy toward Iran, a policy that prioritized reaching an agreement to significantly delay Iran’s ability to assemble a nuclear weapon. To avoid derailing the negotiations over the deal, the Obama administration chose to ignore Iran’s regional subversion, its human rights abuses at home and abroad (by its proxies and Iranian forces), and its ballistic missile program.

In this way, President Obama was carrying out what had been U.S. policy vis-à-vis Iran for a generation. Since the 1979 Islamic Revolution, Iran enjoyed the position of being the rogue actor in its relations with the West, establishing militias responsible for kidnapping and killing Westerners, running assassination squads in European cities and covertly working to develop the capability to assemble nuclear weapons.

The West played the role of the responsible actor, largely relying on traditional tools of diplomacy, sanctions and negotiations. When U.S. personnel were killed by militias established by the Qods Force, the U.S. retaliated against those militias alone, if at all.

Trump adopted a different, albeit highly incoherent policy, toward Iran. Under President Trump, the U.S. simultaneously pulled out of the Iran nuclear accord, which successfully delayed Iran’s nuclear program; imposed crushing sanctions on Iran, causing significant suffering to the Iranian people; and employed sympathetic rhetoric toward the Iranian people and incredibly hostile language toward the Iranian regime. But the U.S. also expressed interest in direct negotiations with Iran’s President Hassan Rouhani and decided to withdraw from north east Syria, potentially handing over the region to Iranian-backed militias stationed in eastern Syria — only later to backtrack on that withdrawal.

This inconsistent policy and lack of clearly defined and realistic goals, coupled with decisions not to back its allies at crucial moments, have led leaders in the Middle East in general and Iraq in particular to stop counting on the United States or clearly align with it.

And in response to this fickleness and the increased sanctions, Iran’s attacks against the interests of the United States and its allies in the Middle East gradually became more brazen, particularly in the Gulf. Those attacks, including a highly destructive drone and missile strike on two oil facilities in eastern Saudi Arabia in September 2019, were met without any or with a limited response from the U.S, — until Thursday night.

Soleimani’s assassination signals that President Trump has decided to abandon not only the Iran deal but the U.S.’s position as the de-escalator of tensions.

And yet, this move may ironically reestablish U.S. deterrence and decrease Iranian adventurism in the region. Because the truth is, despite its fiery rhetoric, Iran’s leadership knows that a significant escalation on its part, could be met with an even more deadly and “irrational” U.S. response — something it can ill afford.

Instead of an all-out war, Iran will likely seek a way to avenge Soleimani’s killing in a manner than won’t escalate tensions further and trigger a war, which Iranian leaders, for all their bluster, surely know they will lose. It is exactly due to Iran’s relative weakness that it relies on non-conventional tools such as creating and supporting non-state armed partners across the region.

Still, while U.S. willingness to escalate will likely temper Iran’s response, the overall risk of war is still significantly higher today than it was when the U.S. remained committed to the nuclear accord. While both sides wish to avoid an all-out war, potential operational errors could lead to a spiral of escalation. Such an operational error could occur when Iran retaliates against U.S.-related targets for Soleimani’s assassination. In some kinds of attacks, like car bombs and rocket strikes, the perpetrators have only a limited ability to calibrate the number of people killed, and a large number of U.S. citizens killed may prompt the Trump administration to escalate even further.

Miscalculations among policy-makers on both sides could also result in further escalations; the Trump Administration could overestimate the fragility of the Iranian regime, incorrectly estimating that with just a little bit more pressure, the regime will fall. And combative rhetoric about regime change and the latest U.S. military escalation could spur Tehran to overreact if the regime comes to believe that its survival is at stake.

The tragedy of the U.S.-Iranian escalation is that those likely to pay the heaviest price are civilians across the region, in particular in Iraq and Syria — those who have already suffered the most due to Iranian expansionism led by Soleimani (as well as the U.S. invasion of Iraq).

If the U.S. wishes to claim the moral high ground in this brewing power competition, it should do everything in its power to shield the region’s civilians from further mayhem and destruction.

Calm down: Killing Qassem Soleimani made us safer