How to talk about Black anti-Semitism 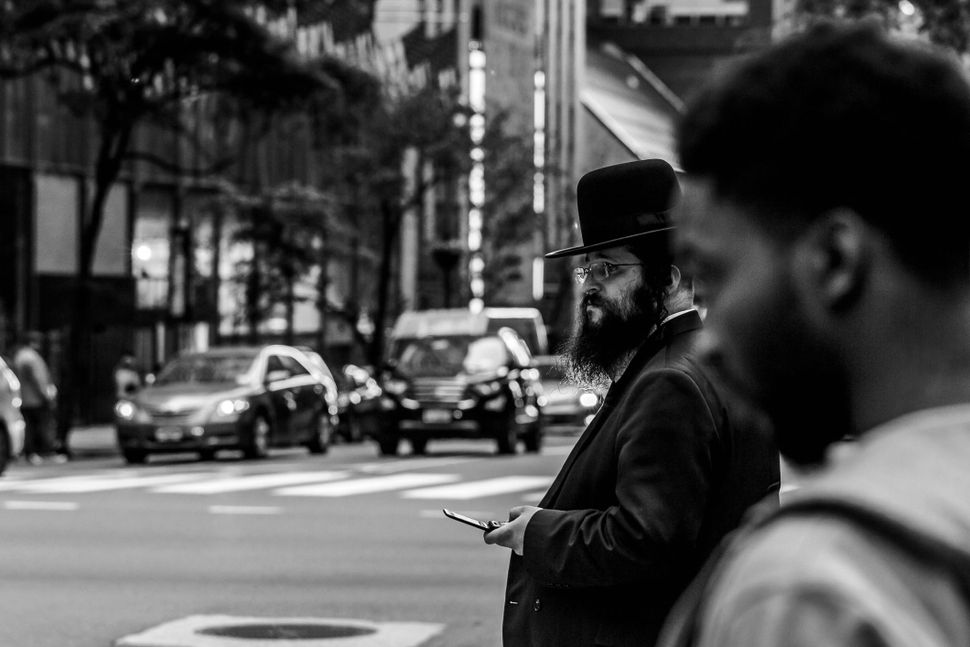 December 2019: a month that the Jewish community will never forget. Though knockout attacks against Hasidic Jews had been on the radar of the broader Jewish world for some time now, the frequency and severity of violent attacks targeting the most visible members of the Jewish community set off new alarm bells. 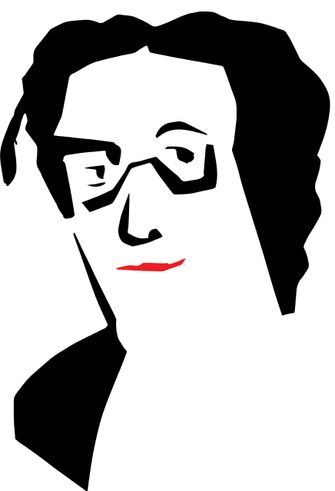 With one attack seemingly begetting another, and the tools used to carry them out transitioning from fists and stones to machetes, automatic weapons, and explosive devices, the Jewish community all of a sudden was clamoring for an organized response.

As calls for protection rose, public debate turned to root causes. Some pointed to the growing power of white nationalism, which has even found a home in President Trump’s administration. Others pointed to the power of cult-like leaders like Louis Farrakhan, whose peddling of anti-Semitic conspiracy theories still has the ability to captivate small corners of the black community. Still others pointed to anti-Zionism on the left, naming activists for Palestinian liberation as fomenting the kind of hate that disproportionately targets Jews.

In the New York City area, home to America’s largest Jewish community and setting for the majority of the attacks, while perpetrators of anti-Semitic bias crimes in general are still disproportionately white, the reported incidents targeting Jews of late have mostly been cases of violence committed by Black people, largely in the urban settings that they share. This has given rise to vociferous debate about “Black anti-Semitism” – are Black people more likely to be anti-Semitic? What is the root of anti-Semitism in the Black community? Do Black leaders have a duty to condemn anti-Semitism in the Black community? Is there such a thing as a unique phenomenon called “Black anti-Semitism”? And in all cases – how do we stop it?

Much of these questions, though, grant cover to anti-Black racism, some overt, like in the case of Morton Klein, President of the Zionist Organization of America’s many pronouncements.

Others are more subtle, like calls to reverse the recent reforms to the rules governing cash bail in New York State – rules that were changed because cash bail meant that a disproportionate amount of Black people in the criminal justice system were being held in jail pending trial because they simply did not have the cash or bond to put up to secure their release.

And on the flip side are questions about the role Jews, especially Hasidic Jews, play in the lives of their Black neighbors. Especially in Brooklyn and Jersey City, the Hasidic enclaves are in close proximity to Black communities, but the day-to-day lives of the two groups couldn’t be farther apart.

These conversations, too, often rely on anti-Semitic tropes to make their case: If gentrification-caused housing shortages are to blame for the rise in hate crimes, it’s because Jews are responsible for displacing Black residents. If poverty is to blame, it’s because of the Jewish slumlords and shopkeepers who exploit the Black communities they serve.

In these cases, Jews often become convenient stand-ins as the purveyors of the structures of systemic racism that continue to plague Black America. One need look no further than the anti-Semitic tirade of Jersey City school board member Joan Terrell-Paige, or the rising tensions around the increase in policing in areas where Jews have been targeted that imply that the Jewish community at best has an “in” with the City and the police, and at worst holds that Jews control the police outright.

While the term “Black anti-Semitism” is bandied around, though, there has been no consistent definition of what this actually means – nor is there empirical evidence that anti-Semitism in the Black community is meaningfully different than anti-Semitism in the White community. While attitudinal studies have at times shown that anti-Semitic beliefs are more prevalent in the Black community, these are often correlated to lower levels of education, as was the case in a major study by the Anti-Defamation League in 1998. And while the content of these beliefs may hew to the concerns of the Black community, the provenance of these anti-Semitic beliefs in conspiracy theories of Jewish control is not qualitatively different than white supremacist anti-Semitism. In fact, as Jane Coaston, Senior Politics Reporter for Vox, writes, “There’s no clear movement or entity behind the rise of anti-Semitic attacks in New York and elsewhere, no single group that can be blamed for random assaults on Jewish children. Rather, there is a stew of anti-Semitic conspiracy theories, coupled with political cowardice and outright victim blaming, that is putting visibly Jewish people at risk.”

The thing is – none of this is new. The Jewish community has been pointing to this nebulous “Black anti-Semitism” since at least the 1940s, when Louis Silberman, a rabbinical student at Hebrew Union College in Cincinnati, wrote about “the rise of Negro anti-Semitism.” “This rather new trend can be explained at least partially on psychological and partially on economic grounds,” wrote Silberman. “The Negro, filled with hidden resentment because of the inferior status forced upon him and not daring to express it in open anti-white terms, can find an outlet through his attitude toward a group that in one sense belongs to the dominant white majority, and at the same time does not completely belong, and therefore can be the target of hatred without inviting the wrath of the community as a whole… to the Negro [the Jew] becomes a symbol of general economic discrimination and injustice.”

Fast forward to the late 1960s where, as tensions grew over leadership of the Civil Rights Movement and the two communities grew further apart due to both economic factors, like a growing Jewish middle class that was choosing to move away from the urban neighborhoods they had previously shared with black communities in favor of the suburbs and the nascent Black Power Movement, with its focus, among other things, on Black leadership and self-sufficiency to overcome the oppression Black people still faced, James Baldwin penned a challenging essay for the New York Times, “Negroes Are Anti-Semitic Because They’re Anti-White.” “Very few Americans, and this includes very few Jews, wish to believe that the American Negro situation is as desperate and dangerous as it is,” he writes. “Very few Americans, and very few Jews, have the courage to recognize that the America of which they dream and boast is not the America in which the Negro lives. It is a country which the Negro has never seen.” Baldwin goes on: “[The Jew] is singled out by Negroes not because he acts differently from other white men, but because he doesn’t. His major distinction is given him by that history of Christendom, which has so successfully victimized both Negroes and Jews. And he is playing in Harlem the role assigned him by Christians long ago: he is doing their dirty work.”

In the wake of the New York Teachers’ Strike of 1968 that fed tensions between the two communities, Jewish publisher Schocken Books brought together community leaders from the Black and Jewish communities for a volume of essays, “Black Anti-Semitism and Jewish Racism”, which included nine essays, including Baldwin’s piece from the Times. In it, B’nai B’rith Executive Vice President Rabbi Jay Kaufman, who argued that Black anti-Semitism was spinning out of control, attempted to get at root causes:

“The Negroes’ contact with whites in their own neighborhoods as customers, tenants, and welfare recipients are very frequently with whites who happen to be Jews. Jews play a disproportionate role in their lives. The Jew is the white outpost in the Negro neighborhood. Jews and Negroes, therefore, confront each other within a number of unsatisfactory and deteriorating social situations…New factors have arisen in American life which greatly decelerate the succession process for the Negro. Though the Jew is uninvolved in the causes, because of his high visibility in the urban Negro neighborhood, he finds Negro resentment heightened against him.”

Al Vorspan, then Director of the Commission on Social Action of Reform Judaism, tied this point directly to the Jewish community’s exit to the suburbs, noting that “the flood of Jews to suburbia has left another problem which exacerbates black-Jewish relations. The existential human contacts between Jews and Negroes in the inner city are merchant-customer, landlord-tenant, social worker-client. These are inherently tense, unequal relations. They are fraught with conflict and resentment. Jews in the core neighborhoods are represented by landlords and pawnbrokers and small merchants.” Notably, as many Jews moved out of these urban communities, the Hasidic communities often stayed – a phenomenon clearly seen in Brooklyn neighborhoods like Crown Heights and Williamsburg. These are the communities today, we know, that experience the majority of the violent attacks carried out by Black Americans – many of them, in fact, Black youth.

We can continue to track this conversation through essays written in the wake of the Crown Heights Riots of 1991. And again, we are revisiting the same themes in the numerous commentaries growing out of our fraught times today.

What is remarkable, though, is that a single factor underlies every attempt to diagnose a unique form of Black anti-Semitism: systemic racism. In analysis after analysis, antisemitism in the Black community is shown to be the symptom of the structures of racism in the United States – housing insecurity, lack of access to quality education, food deserts, access to political capital, discriminatory policing, and on and on.

Ultimately, the conversation about Black anti-Semitism is not actually about Blacks and Jews – a binary that not only serves to divide our communities further but also erases the growing number of people who inhabit both. The conversation is a microcosm of the larger issues facing American society today – and the Black and Jewish communities’ roles in it. And the solution? Working to address the well-documented social challenges faced disproportionately by Black Americans.

As Vorspan wrote, somewhat sardonically, some 50 years ago:

Tema Smith is a contributing columnist for the Forward.

How to talk about Black anti-Semitism