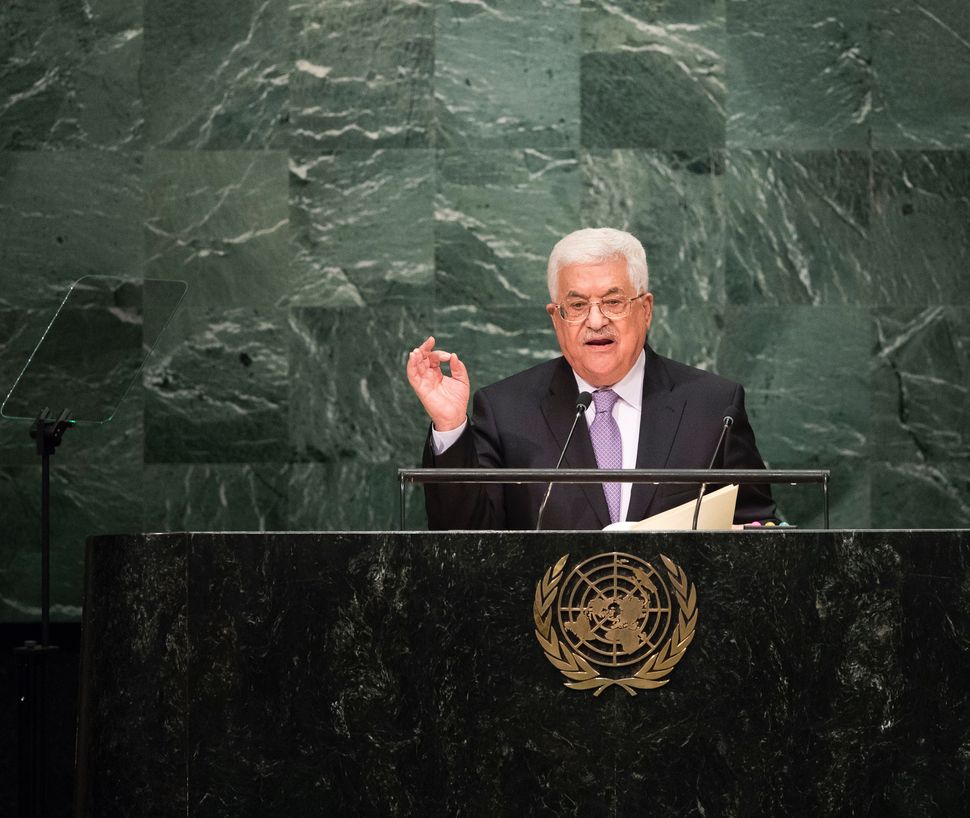 President of the State of Palenstine Mahmoud Abbas addresses the United Nations General Assembly at UN headquarters, September 22, 2016 in New York City. According to the UN Secretary-General Ban ki-Moon, the most pressing matter to be discussed at the General Assembly is the world’s refugee crisis. (Photo by Drew Angerer/Getty Images) Image by Getty Images

In his recent op-ed, Muhammed Shehada paints a picture of the Palestinians being victimized by Zionism, when it is actually Arab leaders — including Palestinian leaders — who are the main cause of Palestinian suffering.

Unfortunately for the Palestinian people, the narrative Bernie Sanders has accepted is not one that is going to improve their lot.

Instead of helping Palestinians to achieve self-rule in 1948, Arab leaders fomented violence, resulting in the creation of the Palestine refugee crisis. At the time, Arab nations, fearing the Palestinians would forget Palestine, decided that the refugees, and their descendants, would remain in limbo until Israel could be forced to give them the homes they claimed their parents, grandparents and great-grandparents had lost due to this violence.

In contrast, there is no Jewish refugee problem because Israel absorbed Jewish refugees thrust from their homes in the Muslim countries of the Middle East and North Africa during the early decades following the founding of the modern state of Israel.

Israel accomplished the integration of those Mizrahi Jews — whose numbers were greater than the numbers of the Arabs displaced in the 1940’s by some estimates — while rehabilitating Holocaust survivors, recovering from war damage inflicted by Arab armies, and dealing with terrorist incursions from land illegally occupied by Egypt and Jordan between 1948 and 1967.

Since then, Palestinian leaders have shown that they are more interested in trying to destroy Israel than in building a state in which their people could become citizens. Hamas lobs missiles at Israeli population centers, digs tunnels under Israel to facilitate the abduction and murder of Israelis, and floats incendiary devices into Israel to set crops ablaze. The Palestinian Authority incites its people to attack Jews, paying stipends to murderers or their families.

The fact is that there would be no separation barriers and roadblocks if the Palestinian leaders would stop trying to destroy Israel and start building a state where their people — including the “refugees” — could provide a better future for their children.

Is having to co-exist peacefully with the nation-state of the Jews really too high a price to pay?