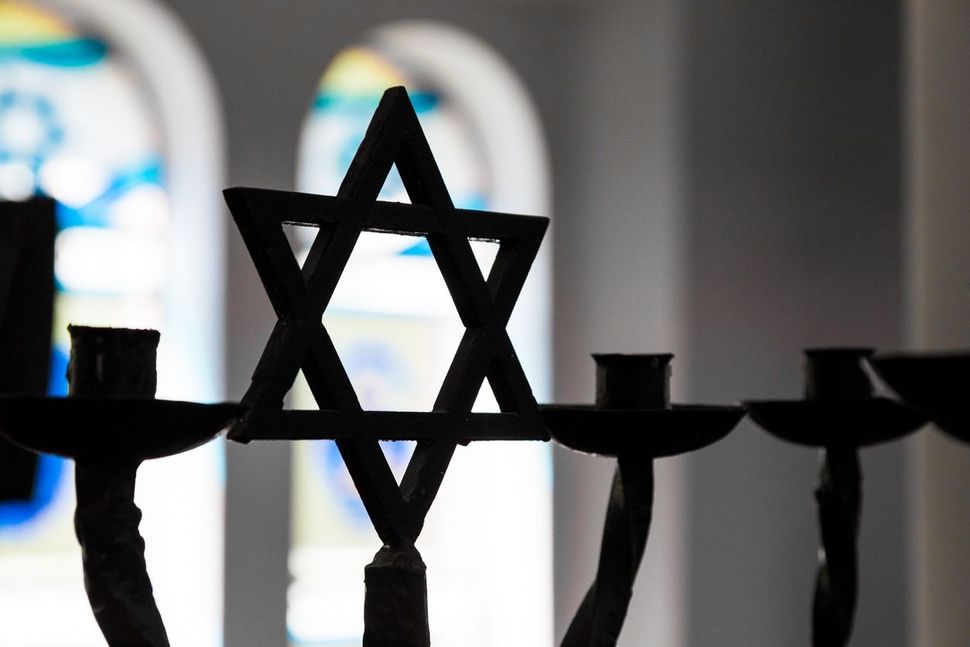 Whether anti-Semitism stems more so from the far-right, far-left, or Muslim extremism remains a matter of contentious debate.

Germany’s interior ministry says the far-right is responsible for 90% of anti-Semitic hate crimes in that country. The monitoring organization RIAS Berlin paints more of a mixed picture. And now the Institute for Zionist Strategies—a not-particularly-prestigious right-wing Israeli think tank—concludes that “the far-right is not the main motivation for anti-Semitism in Western Europe today.”

This is more or less the consensus view among Jewish community leaders and scholars of anti-Semitism in Europe. The rise of open hatred of Jews is not one thing but many. It cannot be easily summarized and occasionally defines categorization. Its sources are not only the far-right but also far-left and Muslim extremism, and its motivations among other things Holocaust denial, neo-Nazism, and anti-Israelism.

And, as the British Community Security Trust’s most recent report on anti-Semitism explained, “it is common for the same incident to combine two or more discourses, even if they would appear ideologically incompatible.” Left-wing and Muslim anti-Semites take on the language and tropes of the far-right—and the other way around.

“Even many offenders are not clear on the basis for their often-confused prejudice,” the report says. “This illustrates the growing difficulty in establishing and analyzing how, where and why anti-Semitic feeling—and subsequently action—takes place.”

A brief review of anti-Semitic incidents in Europe over the last two weeks illustrates this. Four Arab men harassing a Jewish man wearing a kippah on the subway in Paris. In Finland, neo-Nazis assembling to burn the Israeli flag. A bag containing soap and anti-Semitic literature and tagged with the Star of David left outside a Holocaust exhibit in Sweden. The words “Juden Hier” painted on the front door of an Italian Holocaust survivor’s home.

That European anti-Semitism is a hatred with many faces is, then, not a matter of much dispute. But the Institute of Zionist Studies then takes it further, with a more problematic argument that “the changes in the amount of anti-Semitism, if they exist, do not necessarily depend on” the political consolidation of the far-right.

This may be true of the countries the institute picked for its survey—France, Germany, and the United Kingdom. In these three western European countries, the far-right is pronounced, especially in France, and nativism is very much part of the political discourse. So far, neither Marine Le Pen’s National Rally party nor the Alternative for Germany have been empowered at the national level.

But in Poland and Hungary, states in the grip of far-right populist governments, the picture is markedly different.

More than a quarter of Jews surveyed in Italy and Austria, countries where the far-right has also been in government in recent years, also identified the right as perpetrators of anti-Semitic harassment. Separately, 34% of Polish Jews and 18% of Hungarian Jews said that “someone with a Christian extremist view” had harassed them.

That same survey also found that 77% of Polish Jews and 74%of Hungarian Jews identified “anti-Semitism in political life” as a problem in their countries—hardly surprising in the Hungarian case, where the Orbán regime has been running a dirty campaign against George Soros as a kind of phantom menace for years. Just last week, the Hungarian Prime Minister that Soros’s “Mafia-like, covert network” of nonprofits is responsible for the ongoing migration crisis in the Balkan states.

“We are fighting an enemy that is different from us. Not open, but hiding. Not straightforward, but crafty. Not national, but international. It does not believe in working but speculates with money; it does not have its homeland, but feels it owns the whole world.”

In Poland and Hungary, far-right populist regimes have created conditions that undermine Jewish life and Jews’ confidence in the state. When asked, “Do you think the government combats anti-Semitism effectively?” 91% of Polish Jews and 83% of Hungarian Jews said no. And 55% of Hungarian Jews and 64% of Polish Jews said the state was not responding adequately to the security needs of Jewish communities. Among the 12 nations surveyed, Hungary also recorded the lowest levels of reporting anti-Semitic incidents to the police or other authorities.

The Israeli think tank’s approach was narrow, then, in two senses. First in the number of countries surveyed, but also in how it categorized anti-Semitism. More than the sum of recorded incidents, this research failed to consider the possibility of unrecorded incidents as well as the significance of a country’s anti-Semitic climate as fostered by the state and prominent individuals.

The far-right, far-left, and Muslim extremism all, in their own ways and to differing extents in different states, are contributing to Europe’s evermore febrile anti-Semitic climate. News of the Israeli institute’s research has been gleefully shared online by those with a particular axe to grind and an interest in downplaying the role of the right, and exaggerating that of the left and Muslims. Those who do so are not honestly engaged in any kind of struggle nor attempt to understand and deal with anti-Semitism’s sources.

Liam Hoare, a Vienna-based writer, is Europe Editor for Moment Magazine and a frequent contributor to the Forward.