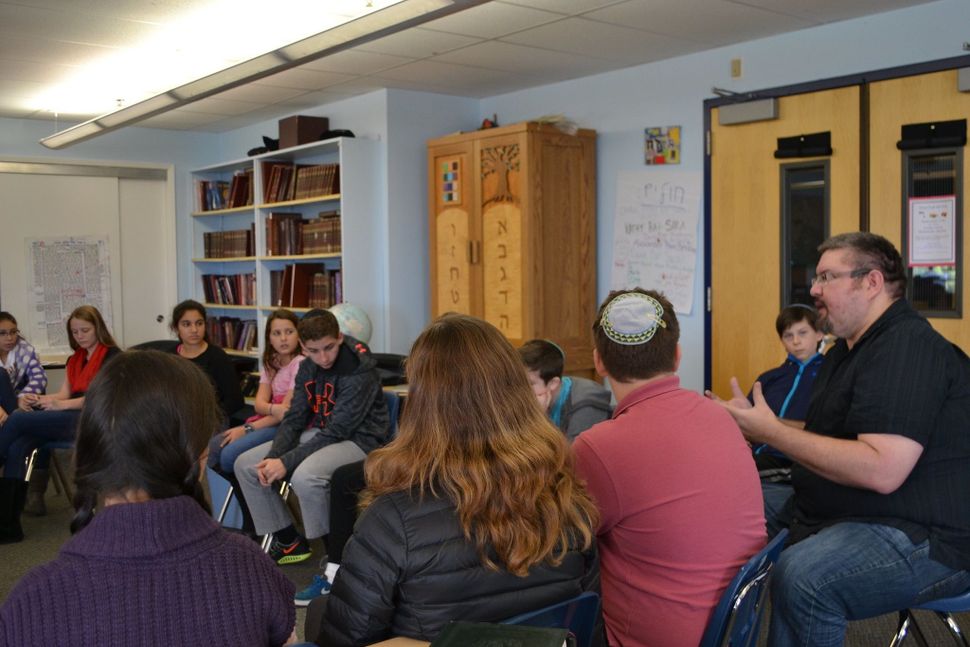 Last week, the Forward published an opinion piece accusing Jewish day schools of fostering a culture that advances loyalty to the State of Israel at the expense of the United States. In my experience at a Jewish day school, that claim could not be further from the truth.

I am an 11th grader at Jack M. Barrack Hebrew Academy in Bryn Mawr, Pennsylvania. At the forefront of a Jewish Day School education are Jewish values. We are taught to show respect for Derech Eretz values: honor, courage, kindness, and community. The objective of a Jewish day school is to help young Jews learn how to turn to both these principles and a deep understanding of Jewish culture for guidance throughout their lives.

Every morning, I am greeted by the American flag. One waves in the wind outside the school, and the stars and stripes also hang in every classroom. Our school has days off for Thanksgiving, but has regularly scheduled classes for Yom HaAtzmaut, Israeli Independence Day.

Annually, our school holds a Veteran’s Day assembly with guest speakers from the American military. Last year, our grade took a field trip to our nation’s capital, Washington D.C. The three-day trip was concluded by lobbying our elected officials. Students in my grade brought up a variety of important issues to them, including legislation to combat climate change, reproductive rights, and gun control. Not one student mentioned the word Israel.

Just this month, our school had a political action conference. The day-long event started with a rendition of the U.S. national anthem — not Hatikvah — and a member of the United States Special Forces spoke to the students. Around the same time, the school held a mock presidential debate and Democratic Primary. In March, during the time of Israel’s third election, there will be no mock debate or election.

While it is common for our school to host speakers that support the State of Israel, our curriculum is not devoid of criticism of the State of Israel either. This year, a speaker from J Street spoke to my grade and discussed complex issues, including Palestinian refugees, the Green Line, and the status of the settlements.

My Hebrew teacher, an Israeli-American, will often critique what he sees as racist right-wing political parties in Israel and the problems with the Gaza blockade. In his distinct Israeli accent, he will exclaim to the class, “How do people find it acceptable that more than one million Palestinians are stuck in a strip the size of Philadelphia?”

Is this truly an environment that manifests in American Jews having their loyalties lie with Israel? Certainly not.

Our school also holds occasional letter drives for lone soldiers in the IDF. We are taught about our history as Jews, and part of that is understanding our connection to Israel. Despite that, the curriculum regarding modern Israel remains quite balanced.

The anti-Semitic trope of Jews holding dual loyalty is not going anywhere. It has been historically prevalent. It has been held by figures including Haman and Hitler.

Today, this myth and all other forms of anti-Semitism are not going anywhere either. However, it is essential to speak up and state the truth: Yes, Jewish day schools teach about Israel, but they also teach us essential Jewish values and American values too.