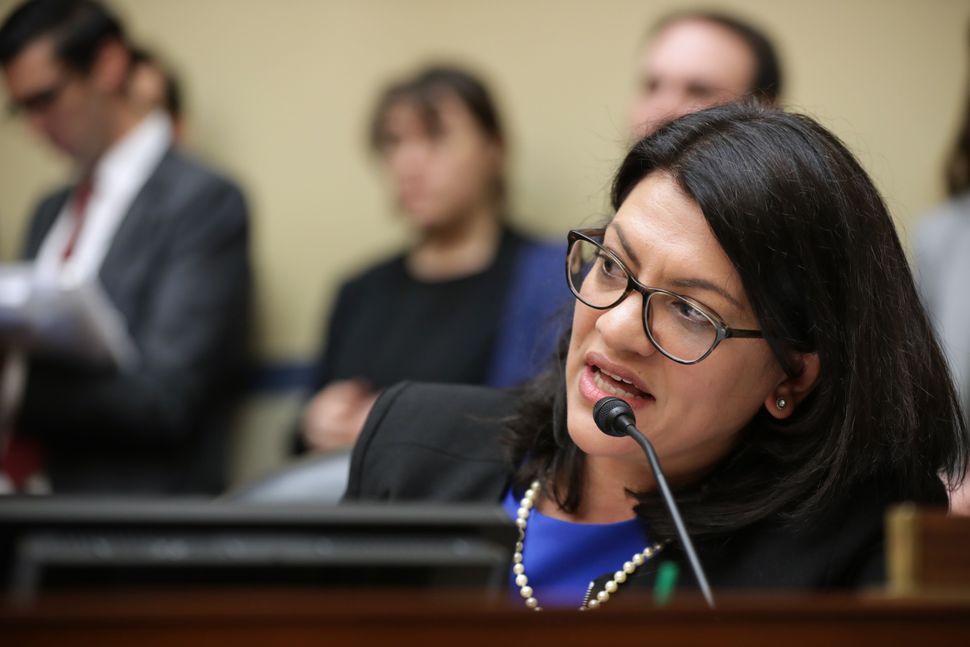 Last Sunday, Palestinian-American Congresswoman Rashida Tlaib came under fire for wearing a t-shirt that critics say incites hate against the state of Israel.

What was on this shirt that was so inflammatory? A map of historic Palestine, embroidered with Arabic letters in the colors of the Palestinian flag. Thanks to this article of clothing, Tlaib has been accused of “genocidal hatred,” and “erasing Israel off the map.” She has been attacked as a “danger to America” and had a fellow lawmaker smear her as too radical for Congress.

The backlash against Tlaib as anti-Israel it isn’t only ridiculous; it’s hypocritical and disingenuous. And attacks like these almost always intentionally omit identical instances on the other side, and miss the opportunity to use our national, cultural symbols for the greater good.

For one thing, a number of Israeli institutions officially display the same map that sparked uproar in order to illustrate the borders of the state of Israel. On Twitter, Lara Friedman, president of the Foundation for Middle East Peace, named a few: Israel’s Central Bureau of Statistics, Geological survey and ministries of agriculture, foreign affairs and environment.

As ever, outrage over Palestinians displaying map of historic Palestine is inversely proportional to outrage over Israeli govt using same map to illustrate state of Israel. Diff, of course, is Isr policies erase Pals not just on map but in reality. https://t.co/RZcbxwHlx9 https://t.co/hTbRckgkm6

Furthermore, a joint study by Israeli and Palestinian academics funded by the US state department in 2013 found that 58% of Palestinian textbooks and 76% of Israeli textbooks (65% secular and 95% ultra-Orthodox) use the map of historic Palestine as a whole without reference to the other or the green line.

Does that mean the majority of Israelis and Palestinians are seeking to entirely erase and destroy the other? Of course not. There’s a significant difference between symbolic gestures, demarcation of borders in government documents, and actual measures on the ground that assault the other’s existence and obliterate the viability of the two-state solution.

The unique shape of the map of historic Palestine essentially symbolizes the national heritage, collective identity and narrative of both Palestinians and Israelis, even though both peoples have national claims over the same land. In other words, this symbolic representation doesn’t literally represent the borders Palestinians or Israelis seek to erect on the ground.

This difference between the symbolic and actual borders is perhaps most striking in the 1988 Palestinian Declaration of Independence. The document, in which the PLO accepted the two-state solution and UN resolution 181 (that recognizes Israel as a Jewish state), also had the map of historic Palestine as a symbol engraved in the background. The symbolic use of the map to assert the Palestinian narrative did not negate the PLO’s acceptance of the two-state solution, outlined in the same document.

A more recent example shows how important the symbolic use of the map of historic Palestine is to Palestinian identity and heritage: When Al-Quds Open University issued a booklet last month that had only a map of the West Bank and Gaza as the Palestinian “homeland” printed on the cover, it sparked an immediate backlash. Many Palestinians perceived the incomplete map as a statement of defeat and acquiescence to Israel, and as an attempt to dismiss Palestinian identity and narrative and re-write our history.

On the other hand, many Israelis and Jews proudly wear necklaces of the map of Israel which include the West Bank and Gaza. Does that immediately render them “genocidal haters” as goes the slander against Tlaib?

Similarly, Tlaib’s shirt doesn’t necessarily imply any anti-Israeli sentiment or expose where she really stands on Israel. Rather, it signifies an integral symbol of identity and popular culture, a sentiment of national pride that can’t be taken away from either Palestinians or Israelis.

Whether on a necklace, shirt, painting or other artistic expression, a symbolic use of the map of historic Palestine by Palestinians or Israelis doesn’t mean we’re erasing each other, but rather that we both belong to the same homeland. 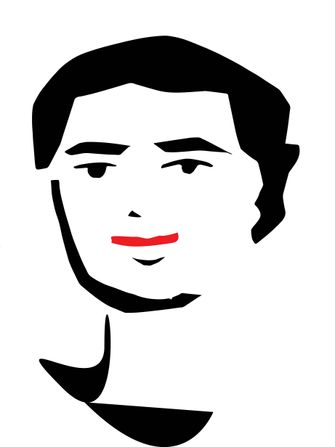 It should drive home that it’s up to both of us to decide how to coexist with equal rights and freedoms on this land, rather than cancel each other out. Whether as one state, two states or a confederate, neither population should feel compelled to erase their narrative or re-write their history to qualify for peace.

These symbols should not be seen as an obstacle for peace, but rather a cornerstone of it. They can push us to recognize our equal belonging to the same land and can lead us to develop a fair and just solution based on acknowledging each other’s narratives and pain rather than perceiving the other as an obstacle in the way to achieving one’s national dream.