I repressed my parents’ final Seder before Auschwitz – until coronavirus 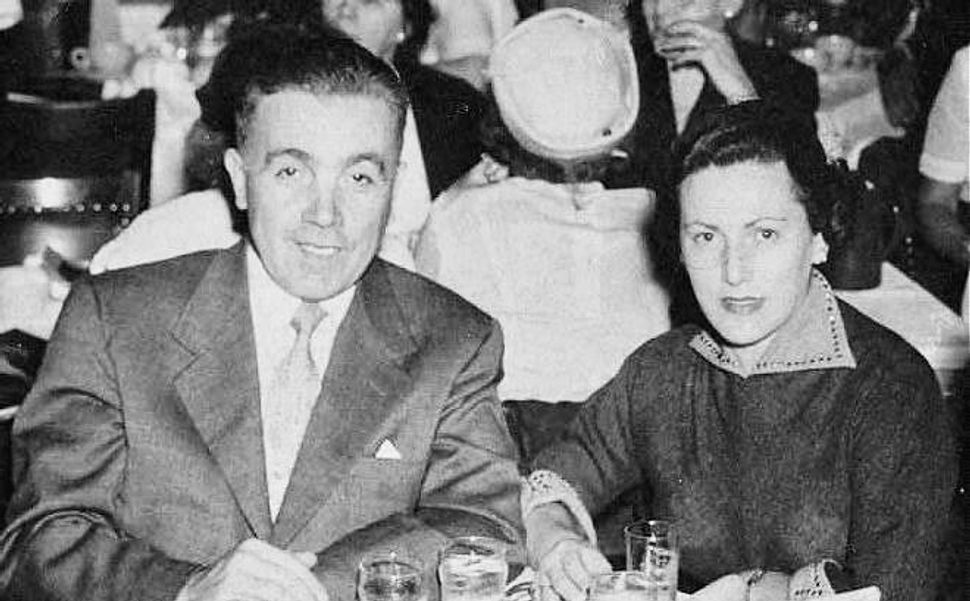 The author’s parents in the early 1950s. Image by Courtesy of the Author

My parents were among the few: a married couple who survived the Auschwitz-Birkenau killing machine, a string of slave labor camps and death marches.

In March 1944, the Nazis marched into their Hungarian hometown of Sevlus, a prosperous agricultural city surrounded by the Carpathian Mountains. Liquidating its Jews was a top priority, pursued with industrial efficiency and speed. Germany succeeded in killing almost half a million Hungarian Jews in a few short months in Auschwitz-Birkenau.

Over Passover of that year, no Jews in my parents’ city were allowed in the streets after dark, one of many restrictive, life-threatening laws. But my parents, and the three-and-a-half-year-old brother and eighteen-month-old sister I would never know, defied the ordinances and gathered with grandparents and uncles and aunts for the Seder. My parents and their family recited the tale of how the slaves were brought out of bondage in Egypt while themselves under house arrest, slaves under another Pharaoh whose mission was to annihilate Jews completely. 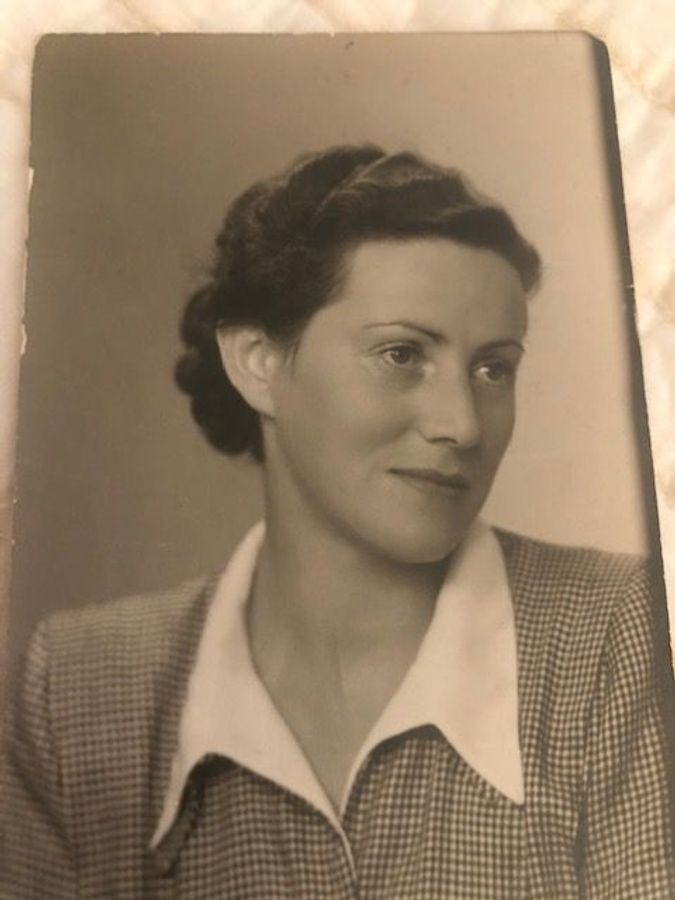 The author’s mother, mother six months after
concentration camp in Sweden. “She sent this photo to my father when
she found out he was alive.” Image by Courtesy of the Author

“We tried to keep together, keep the Seder,” I hear my mother’s voice recounting. “To be normal, as much as possible.” Their house was just outside of town, a good walk from my father’s parents. To get home they had to run through the streets in the darkness, my brother on my father’s shoulders, my sister in my mother’s arms. “God was with us that we didn’t get caught by the vicious Hungarian Arrow Cross or Nazis patrolling the streets.” 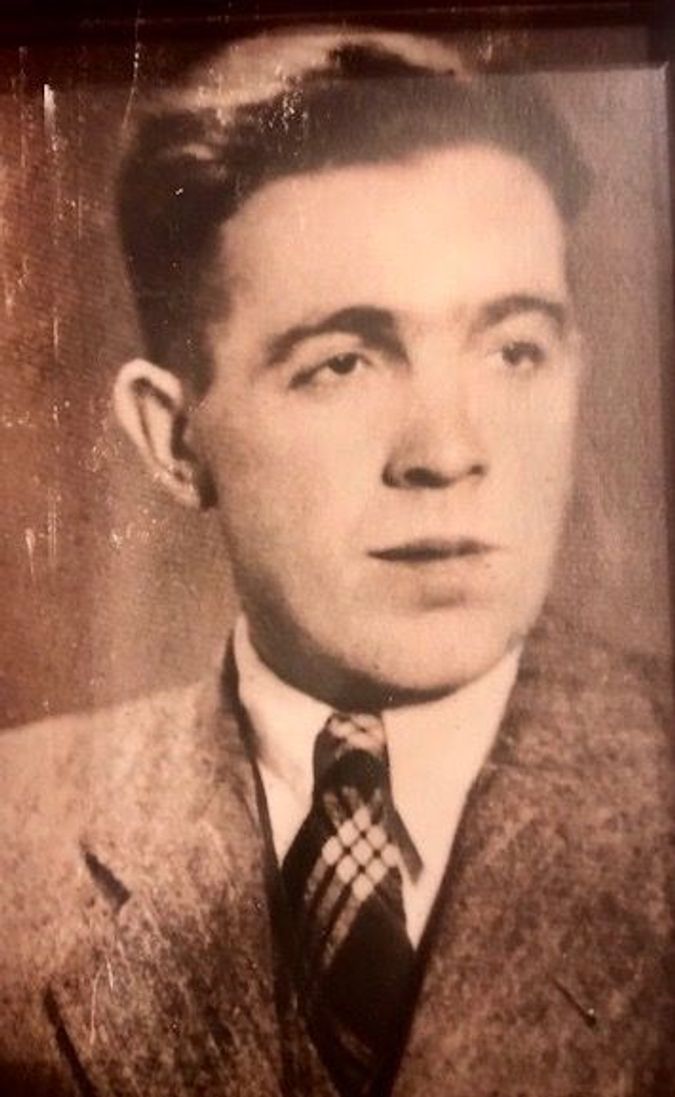 The author’s father, before the concentration camp. Image by Courtesy of the Author

When they returned to their home, my father turned on his shortwave radio that he built and hid in a pillow because Jews were not allowed to own radios. He knew that the Russians were winning battles just across the border, not many kilometers away. He was sure their town would be liberated by June.

The Russians arrived in September — four months too late to save the Jews of Sevlus. My parents, brother, sister, and the whole family were herded on the first cattle train out of Sevlus to Auschwitz, where my siblings were taken from my mother and murdered.

My parents amazingly survived. I’ve always thought of my mother and father as strong people with the ability to love and laugh. But for years, this particular story of their last Passover with their first son and daughter was lost to me. I had buried it — until now. The deadly pandemic of the COVID-19 plague has pierced my emotional barricade.

It’s fitting that this is a Passover story that was lost and now found, given how central storytelling is to Passover, and overcoming adversity. The plague of 2020 has given me a deeper understanding of the importance of retelling the Exodus story — the mitzvah to ask the ancient questions and provide answers for the next generation.

The retelling of my personal family story of that existential Passover — possible now that the coronavirus crisis has brought it back to me — is my way of transforming, to paraphrase psychoanalyst Louise J Kaplan, the psychological space that my parents’ past occupied in my childhood. It is a way to rebuild resilience and pass that resilience onward to the next generation.

Each Passover Seder we ask, “Why is this night different from all other nights?” It is the first of four questions and one of the most well-known parts of the Seder, even among non-observant Jews. Sung by either the youngest child or by all gathered around the table, it comes before we eat the meal and all the ritual foods. Elie Wiesel, a Nobel Laureate, writer, professor, human rights activist and Holocaust survivor answers this question in a Haggadah commentary in 1993: “Because it reminds us of another night, so long ago, yet so near, the last night a persecuted and oppressed people, our people, spent in Egypt.”

This year, our Seder will surely be made different by COVID-19. This pandemic has enslaved the world and made the Exodus chapter, its plagues and suffering, not some part of my people’s history but a personal event. Wiesel came from the same region of Eastern Europe as my parents. He experienced the same hell of Auschwitz. He has written that it is impossible for him to talk about Passover solely in the present tense because it was the last holiday he celebrated “at home,” the phrase my parents used when describing their hometown that was no longer.

Is the significance of Passover to keep memories, our memories as Jews, alive? To never forget the past? I believe so. As Wiesel wrote, “To be Jewish is to assume the burden of the past, to include it in our concerns for the present and the future.”

This Passover has reminded me how profoundly I have been and continue to be affected by all stories of Jewish survival.

In 1993, before 9/11, before the crash of 2008, Wiesel wrote that he felt like he was living in Biblical times because of the wars, hunger and hatred he saw in the world. It certainly feels that way in 2020. And yet, we have food delivered and the internet offers us education and entertainment and — most importantly — a way to connect. We have Facetime and Zoom. This past Friday, my husband and I gathered my sons, daughters-in-law, grandsons, niece, grandnieces and my sister and her husband for a virtual Shabbat. We made the blessing over bread and wine and were just happy to be together. 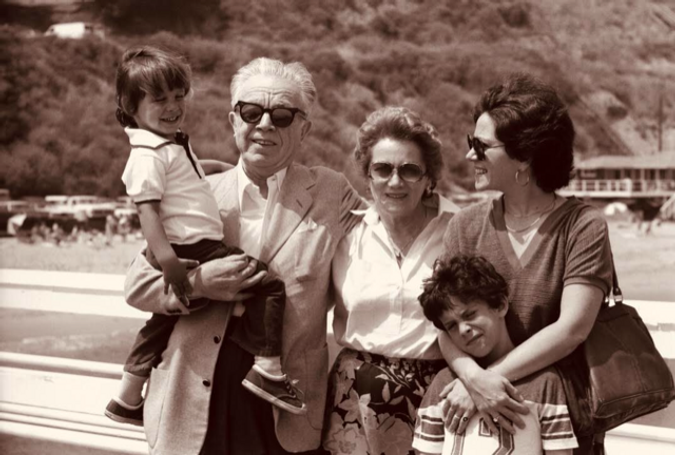 The author in 1979 with her parents and her sons. Image by Courtesy of the Author

This Seder night will be vastly different from all other nights and all other Seder nights I have ever known. I will be asking more than just four questions. And with hope and gratitude, I will be honoring those that came before me as well as those that put their lives at risk today for all of us.

I repressed my parents’ final Seder before Auschwitz – until coronavirus