I’m a statistician. Closing camp because of corona is a huge mistake 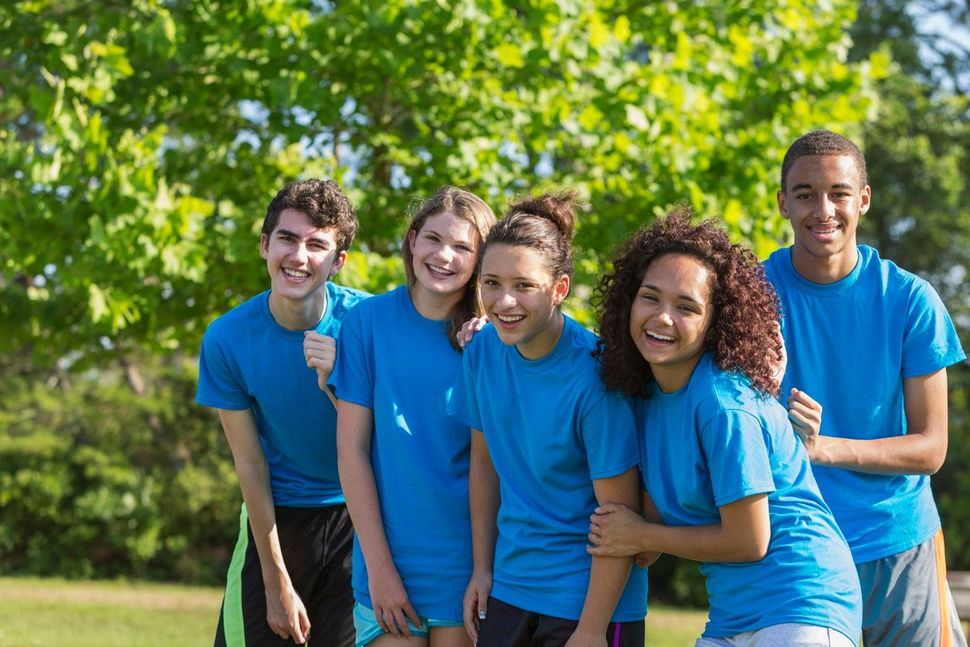 Teenage campers pose for a group shot. Image by iStock

When the Reform movement announced that it would be shutting its camps for the summer, a rabbi friend broadcast on Facebook that he thought the decision, while regrettable, was nevertheless “prudent.”

I disagree. A considered, well thought out decision has to think through both risks and rewards. It must grapple not just with possibilities but also with probabilities. If we fail to measure the probabilities accurately, we will make bad decisions.

It may initially seem prudent to close camp, but if the risk is not only acceptable but comparable to the risks we accept every day, then camp should open. The benefits of camp are many and they should not be ignored.

Let’s start with the benefits of remaining open. First and foremost you have the immense reward of camp itself. The Jewish summer camp experience is the most successful method we have for Jewish identity building. Multiple studies have demonstrated that the Jewish sleep-away camp experience has a large positive impact on holding Jewish values and future life choices like marriage and child-rearing. A decision to close camps this summer will have consequences for future summers.

Furthermore, many camps that do not open this summer may never open again. This threat is very real. For many years, I have worked with an organization that partners with camps and colleges in the Philadelphia area and beyond to run athletic and academic summer programs for kids. Sadly, after many years of service, they have decided to permanently close in response to the closure of all colleges and in-person summer programs. And adding to the cost of camp closure, is the additional economic price in lost wages and benefits born entirely by the camp’s employees.

Put simply, the long-term costs of closing camps this summer are very real, and the benefits of remaining open may outweigh the health risks of opening.

I know there’s a pandemic raging. But the truth is, even when there isn’t one, we all do activities that carry risk, but we do them anyway, because the probability of a bad outcome is sufficiently small, and the expected gain is great.

Take me, for example: I commute 14 miles by bike every day. Even though biking on crowded city roads is considerably more dangerous than driving, it brings me enough value to compensate for the risk. It makes me healthier and it saves time and I enjoy it. So I continue to do it.

Speaking of driving, a typical American has about a one in 10,000 chance of dying in a car crash each year, a risk we consider completely reasonable considering the great value we get from automobile transportation. The lesson here is that we readily accept risks in the one in 10,000 range for sufficient reward.

So what exactly are the risks of COVID-19? For any infectious disease, there is always some variation in the severity of illness, including the likelihood of transmission, hospitalization and death among different individuals. But the truth is, when it comes to individual variation, COVID-19 breaks astonishingly new ground.

Like the flu, the risks of COVID-19 vary predictably depending on the age and health of the victim. The flu makes nearly all that are infected ill, regardless of age, which makes it easier to contain. In contrast, COVID-19 discriminates much more perversely and to greater effect. Infected children (under the age of 18) have about a 90-95% chance of being sub-clinically-infected but with no symptoms or symptoms so mild they are easily missed. Yet every infected person, even if asymptomatic, is nevertheless able to pass on the disease even while showing no symptoms at all.

So let’s go back to camp: Camp age children are not only unlikely to develop symptoms, but they also have a very small chance of being sufficiently ill to require hospitalization, and almost no chance of dying (only infants have appreciable risk). The mortality rate for persons under 55 (regardless of underlying condition, see figure below) has so far, in the two months total of community transmission in Philadelphia, been less than one in 20,000 residents which is similar to the risk of dying in a traffic accident over the time we have been isolating at home.

Unfortunately, that small probability is magnified by at least a factor of 100 for seniors and those with serious underlying health problems. But it is considerably less so for the population of campers and staff that would attend camp.

That COVID-19 is a terrible illness is not disputable and should be taken extremely seriously. But the mortality risk is almost entirely localized to our most vulnerable populations while sparing the very population that would be attending camp. The data shows that the mortality risk to campers and staff is well less than the acceptable risk undertaken every day by driving.

And even more can be done to make camp safe for the vulnerable with easily implemented procedures. Campers and staff could be required to completely isolate in the weeks before camp. During camp, visitors could be kept to a minimum and deliveries and all interactions between the outside world and camp should maintain strict protections.

There should be no “off-site” trips unless absolutely necessary and if required, protective gear and social distance should be strictly maintained. Staff would not be allowed to begin work in the middle of the summer unless they can appropriately establish that they either have not been infected or that they have completely recovered. Liability can be managed with waivers and perhaps additional restrictions (i.e. no staff above the age of 50).

In summary, it is not prudent to close camp. The rewards are vast and the very future of Jewish camping is at stake. The mortality risk to our campers is virtually zero and for the staff, the risk is not larger than the acceptable risks we undertake every day.

I am in no way advocating for a widespread re-opening of society at this time. But we should keep our sleep away camps open.

Abraham Wyner, PhD is a Tenured Professor of Statistics and Chair of the Undergraduate Program in Statistics at the University of Pennsylvania. Dr. Wyner is also an Associate Fellow at the Center for Injury Research and Prevention at Children’s Hospital of Philadelphia, and Faculty Lead at the Wharton Sports Analytics and Business Initiative, Co-Host of “Wharton Moneyball” on Sirius XM, and Founder of the Wharton Moneyball Academy.

I’m a statistician. Closing camp because of corona is a huge mistake