The (Jewish) world is flat(tening)

Now comes the reckoning. The flattening of the Jewish world is both thrilling and terrifying. Image by Yehuda Blum

The first Saturday in quarantine, my family joined a Zoom havdalah led by our synagogue’s cantor. Faces of our friends and fellow congregants filled a couple dozen boxes on the then-novel screen, many holding flames aloft. I told the cantor we should keep doing it long after the pandemic passed: Havdalah suddenly felt both more mandatory and more meaningful. 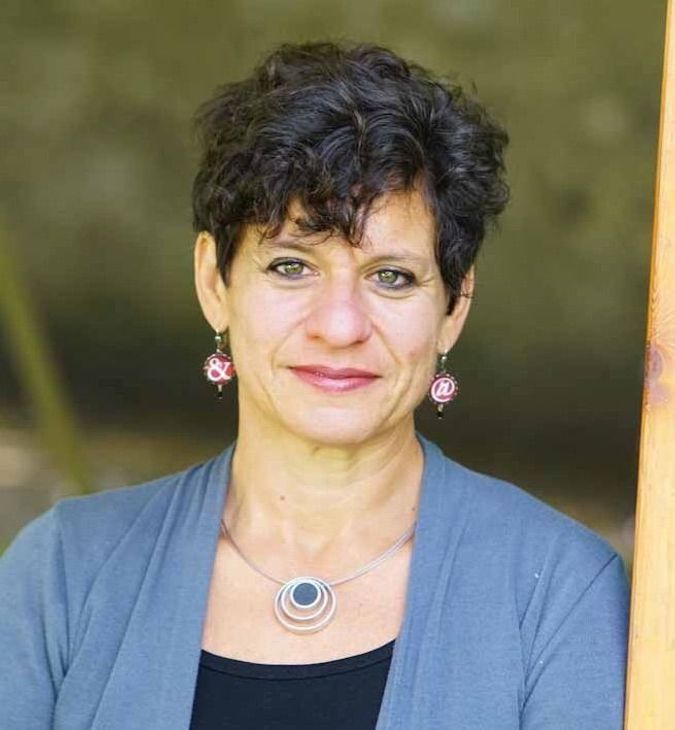 Then the emails started pouring in: The kids’ camps were hosting havdalahs, as was B.B.Y.O. The Jewish chaplain at N.Y.U. was leading one on Instagram. I was invited to USY alumni havdalahs. My extended family did havdalah together one week. There were many more choices than there were wicks in our braided candle.

That’s what I see happening across the Jewish world: The lines between institutions are being blurred — and the overlap laid bare. Everyone (including us at the Forward!) is offering “Zoominars” on anti-Semitism and on the hit Netflix show “Unorthodox.” So many text studies, so little time. A new Website, JewishLive.org, popped up just to organize and curate the burgeoning mass of Jew-ish stuff to virtually do.

Now comes the reckoning. The flattening of the Jewish world is both thrilling and terrifying. Suddenly, the most creative, innovative, dynamic Jewish offerings are available to every Jew (and non-Jew) everywhere. And just as suddenly, every synagogue, organization, advocacy group and charity is going to have to compete more fiercely to engage audiences.

This means every Jewish institution must clarify — for itself, for its members, for the public, for philanthropists — its essential value and goals. The Forward, for example, is about storytelling, information-seeking, truth-telling, conversation-starting, community-building.

Our history is as a newspaper, sure, but what we need to be now is the host of a raucous but respectful conversation about the most important and interesting things happening across all of our communities. That means the debates and discussions we’re leading via Zoom and Facebook Live are as important as the articles we publish on forward.com.

For digital journalism, this flattening — I like to call it “democratization” — is a couple of decades old already. The upside: Good stuff published on any platform can take off, find an audience, have impact. The darkside: Filter bubbles, echo chambers, fake news and even disinformation that can be difficult to distinguish from credible reporting.

For the broader Jewish world, the coronavirus crisis is forcing innovation that is long overdue.

About a decade ago, when I was a member of Cong. Beth Elohim in Brooklyn’s Park Slope, I took part in a couple of fascinating conversations about what a 21st century synagogue was supposed to be. Shabbat services had long since stopped being the organizing principle. Should it be more like a JCC, lean into preschools and camps? A social-action clearinghouse? An intellectual hub of book talks and film festivals?

With most non-Orthodox Jews only showing up at shul on the high holidays, only joining for their kids Bnei Mitzvah, what was the point, the purpose of a synagogue, exactly? Prayer? Identity? Community? At least we were asking the questions.

At the Reform movement’s biennial convention in December, I sat in on another fascinating conversation, about millennial Jews. The speaker shared a survey showing all the ways that our synagogues and other establishment organizations were failing to engage younger generations — and all of the exciting, committed Jew-ish things they were doing outside of those traditional institutions.

He encouraged the (older, traditional, institutional, mostly synagogue-based) leaders in the audience to meet young people where they are, to stop trying to force them to do Judaism the way their parents had, or our parents had. The first audience question was: “How can we get them into the building?”

Well, now the buildings are closed. Synagogues — and JCCs, and camps, and day-schools and, yes, Jewish news outlets like the Forward — are not only having to reinvent their programs, but doing so under tremendous financial pressure, with direct revenue disappearing and many donors dealing with unemployment or stock-market downturns or both.

Those that are clear about their essential purpose, their core value, their goals, are meeting this moment with creativity and being rewarded for it with attendance, and attention. Those that are phoning it in, trying to wait it out so they can go back to business as usual — back to trying to lure people into buildings rather than engage them on Instagram — may well not make it.

Zoom-dalahs, as I have come to call them, are truly lovely. But we can all only attend one each week.

The (Jewish) world is flat(tening)