If Israel proceeds with annexation, American Jews will socially distance – from Israel 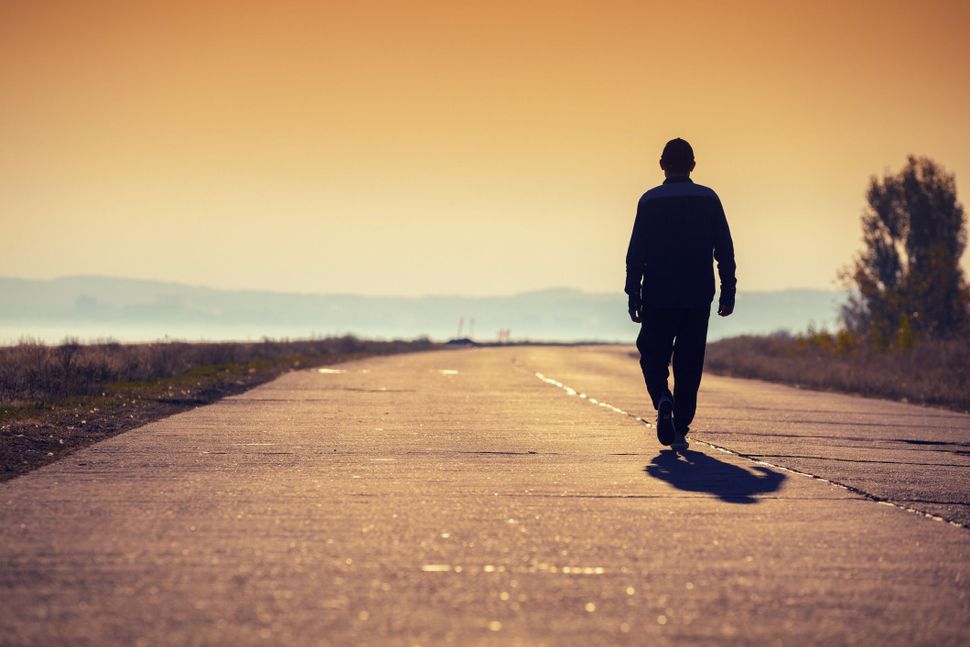 I recently participated in a conversation about Israel with a group of five very thoughtful 20-something Jews from a variety of backgrounds. It was stunning to hear the pain, fear, and confusion that marks how young Jews engage with Israel — or try to engage. One word in particular came up over and over: Shame.

It’s no secret that young Jews struggle to find their way in to engaging with Israel due to the toxicity and rancor of nearly any discussion about the topic. These young people, like many others, felt deeply alienated from the conversation about Israel, and couldn’t see any place for themselves in the American Jewish community’s debate about or connection with Israel.

To use a relevant metaphor, they were practicing what we might call spiritual distancing from Israel. Or, more specifically, from the American Jewish community’s relationship with Israel, despite the tens of millions of dollars spent in recent decades to ensure a connection.

And the American Jewish community does not appear to have a plan for how to “reopen” into a world in which Israel has annexed parts of the West Bank, ending any prospects for peace and creating an entirely new set of human rights concerns.

In such a world, many more of us will need to deal with this shame. We will be forced to consider both if and how we create our own spiritual distance from Israel.

This impending crisis is just around the corner, and it’s absolutely imperative that we find the language to speak about it. It won’t be easy. Our community is polarized and divided into silos and echo chambers that do not allow for any level of meaningful, honest, or prolonged discussion across perspectives or experiences. As with so many issues in the American political arena, organizations on both the right and left work constantly to portray themselves as the true standard-bearers, in this case of who is really “pro-Israel,” and rarely allow for admissions of failure.

Larger synagogues, community centers, or day schools who might wish to have a speaker from the left of the political spectrum, or perhaps wishing to visit the West Bank during a trip to Israel, will consistently say that they simply cannot do so because of where their funding comes from and a fear that it will be cut off, or for fear of other forms of public and private backlash.

Meanwhile, voices from the right side of the political spectrum are often maligned so vehemently by those on the left that it seems out of all proportion, making one wonder if perhaps these objections hide a deeper opposition to the Jewish state.

And in the midst of this inability to express ourselves or provide a space safe enough for our young people to take ownership of this debate, things are progressing rapidly for the worse in Israel. The political situation in Israel/Palestine is about to cross a line that it will be very hard to turn back from.

American Jews overwhelmingly support a two-state solution. Our community has long supported Israel with the understanding two states for two peoples was the end goal.

Annexation ends the prospects for peace as we have understood them. It forces a confrontation with a reality American Jews will either not understand or not accept. Many will not be able to have any relationship with a Jewish state that ratifies the unequal situation in the West Bank. But even more simply will not understand why or how we got here, what it really means on the ground for Palestinians and Israelis, or what alternatives exist.

And the current discourse in our community when it comes to talking to Israel only exacerbates that ignorance by supplanting meaningful discussion with over-simplified talking points, intense volume and outright vitriol.

As someone who cares deeply for Israel but is now feeling my own sense of distance, what is most urgent for me then is simply this: Our relationship with Israel has been in a state of social distancing for a while now. And if we don’t deal with it as a community, Israel annexing the West Bank will result in total and irrevocable spiritual distancing. And we may never come out of that.

This is the crux of the issue, and it’s far more urgent and real than whether or how many American Jews support of the BDS movement, which has been the rallying cry and organizing focus of most of the community for the past decade.

So what do we do?

Federations, synagogues, Hillels, and community centers should be organizing events right now with credible experts and speakers from across the political divide, bringing people together that they absolutely would not have been willing to consider before. We should all be looking to organizations like Resetting the Table for help, and reading important pieces like “The Forbidden Conversation” for programming.

Day schools, summer camps, and youth-focused organizations must be willing to move beyond simplistic approaches to Israel and be willing to present students with content and speakers from different backgrounds and perspectives than have been included before. Even as in-person summer camps are being canceled, these kinds of programs are possible online.

American Jewish organizations with a focus on Israel should break down their existing websites and programs to present content from different perspectives, even opposing ones, and take on difficult issues, including where they recognize they may have been wrong in the past.

Annexation will make continued engagement with Israel very difficult, and it is time for our community’s institutions to step up and make sure that those like me or, perhaps even worse, the 20-somethings I dialogued with and the generations behind them, do not simply leave Israel and this community behind, choosing to stay at a “spiritual distance.”

Brad Brooks-Rubin is a member of the New Israel Fund’s DC Leadership Council, an editor and frequent contributor at Jewschool, and an active member of a conservative synagogue in Washington, DC. Brad was was a member of the Hatikvah slate for the 2020 World Zionist Congress elections.

If Israel proceeds with annexation, American Jews will socially distance – from Israel