Memo to the NYT: Black lives aren’t up for debate 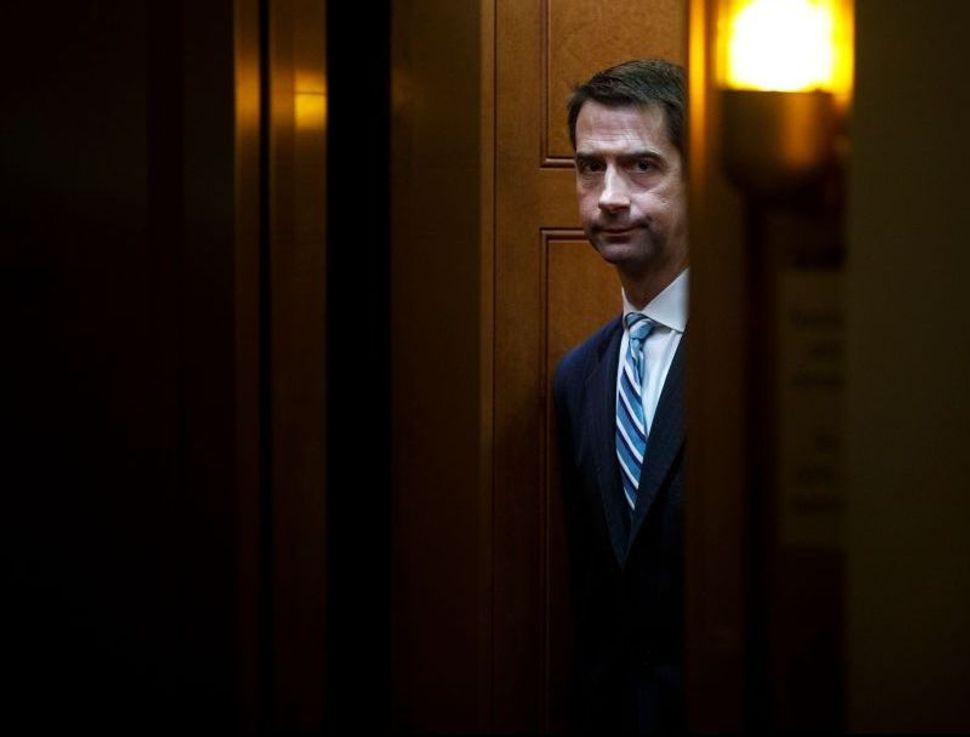 Consider two articles that the venerable New York Times published in 1939, in the final months before the formal outbreak of World War II. In May 1939, the M.S. St. Louis set sail from Hamburg, Germany, for Havana, Cuba, carrying 937 passengers, nearly all of them Jewish refugees. When the Cuban government refused to admit these refugees, the ship spent nine days floating off the coast of Florida, and the captain and many passengers tried in vain to get in touch with the U.S. government to ask for asylum. The government never responded, and without a place to disembark, the ship reluctantly turned around and sailed back to Europe, where at least a third of the Jews onboard were murdered. The New York Times finally ran its first opinion piece on the situation two days after the ship set sail back to Europe, and that piece refused to call for the U.S. to help the refugees in any way. The editorial was perhaps a response to the fact that, at the time, a strong majority of Americans opposed admitting Jewish refugees into the United States.

Then, in late August of that year, the Times ran a piece headlined “Herr Hitler at home in the clouds,” which included such lovely humanizing details about Hitler as “he likes well-cooked dishes; he can eat a gooseberry pie or a well-done pudding with relish” and “Hitler likes an after-breakfast stroll on his mountain.” Less than two weeks after we learned about Hitler’s liking for gooseberry pie and his morning strolls in the mountains, Hitler invaded Poland.

Would anyone today defend these editorial decisions, to publish a puff piece on Hitler in August 1939, or to publish an editorial which failed to oppose the American government denying admission to Jewish refugees in the summer before the start of World War II? Would anyone say that this is what the free marketplace of ideas demands?

If not, then why are people defending the New York Times’ decision to publish an editorial by Senator Tom Cotton, Republican of Arkansas, supporting President Trump’s threat to use the 1807 Insurrection Act to call in the US military to shut down the rioting that’s broken out in some of the protests following the murder of George Floyd by Minneapolis Police Officer Derek Chauvin?

Editors at the Times have defended their decision to publish Senator Cotton’s OpEd as an example of “counter-arguments, particularly those made by people in a position to set policy.”

Times Opinion owes it to our readers to show them counter-arguments, particularly those made by people in a position to set policy.

But the truth is, the Times does not publish all views to be debated by its readers. Rather, it makes a choice about which to publish, and in making that choice, it determines which views are worthy of being part of the public discourse and of being open to debate.

And now, it has decided that a policy that, if implemented, could lead directly to soldiers killing protestors in the streets, is worthy of being debated. The Times has decided that the question of whether black Americans should be killed, maimed, or tear-gassed for exercising their constitutional right to protest injustice is up for debate.

It’s no wonder that black writers and staff at the Times have identified Senator Cotton’s editorial as a direct threat to their lives, writing that the piece “puts our Black staff members in danger.” These are not writers who object to any opinion pieces with which they disagree. The Times has had conservative and right-leaning columnists on staff for years, and it regularly publishes editorials by elected Republican politicians, as it should, with no objections from staff.

This is different. This is putting the lives of black Americans up for debate.

We know that invoking the Insurrection Act to use the military against protestors will lead directly to more black Americans dying, because we know the record of US law enforcement. Even in times with fewer protests, black Americans are two and a half times more likely to be murdered by law enforcement than whites. Last year, American law enforcement killed an average of three people per day, and 99% of those officers never faced any criminal charges. Since the current wave of protests began, we’ve seen numerous examples of police responding in inhumane ways that injured and killed protestors, ranging from spraying tear gas to driving SUV’s into crowds.

But the truth is, the facts about American law enforcement are not the issue here. The issue is bigger. The issue is that by publishing Senator Cotton’s piece, the Times has decided that in the name of free speech and presenting “counter-arguments,” black lives can be placed up for debate. The question of whether or not more black Americans should be killed has been turned into an argument for debate and discussion, like tax policy or whether or not we should have universal health care. We can debate all those questions. Black Americans should not have to debate the value of their lives.

Some have argued that it is important to publish Senator Cotton’s piece in the name of free debate. But we as a society have always recognized that there should be limits to free speech when lives are directly at stake. Supreme Court Justice Oliver Wendell Holmes famously wrote that “the most stringent protection of free speech would not protect a man falsely shouting fire in a theatre and causing a panic.” And major newspapers would presumably not publish neo-Nazis calling for mass violence against people of color in the United States.

Jewish tradition goes much further than American law. The act of lashon hara, meaning “evil tongue” and referring to speech that harms other people, is such a grave offense that the Tosefta teaches that speaking harmful slander that endangers another person is as serious as “idolatry, sexual perversion, and murder.” Speaking harmful words about another that lead to that person’s death is considered morally equivalent to murdering that person directly. The Talmud teaches that when one speaks words of malice that cause harm to another human, “God is saying that He cannot bear having this person in the world with Him.”

Free speech and open debate are important values, but human life is more important. American law knows this, and Jewish tradition knows it even more. By publishing a piece calling for a policy that will lead to black deaths, the _Times+ behaved in a grossly irresponsible fashion. Many policies can and should be debated. But black Americans should not have to keep debating whether their lives matter and are worthy of protection.

Memo to the NYT: Black lives aren’t up for debate