Why I Have Come to Support Defunding the Police 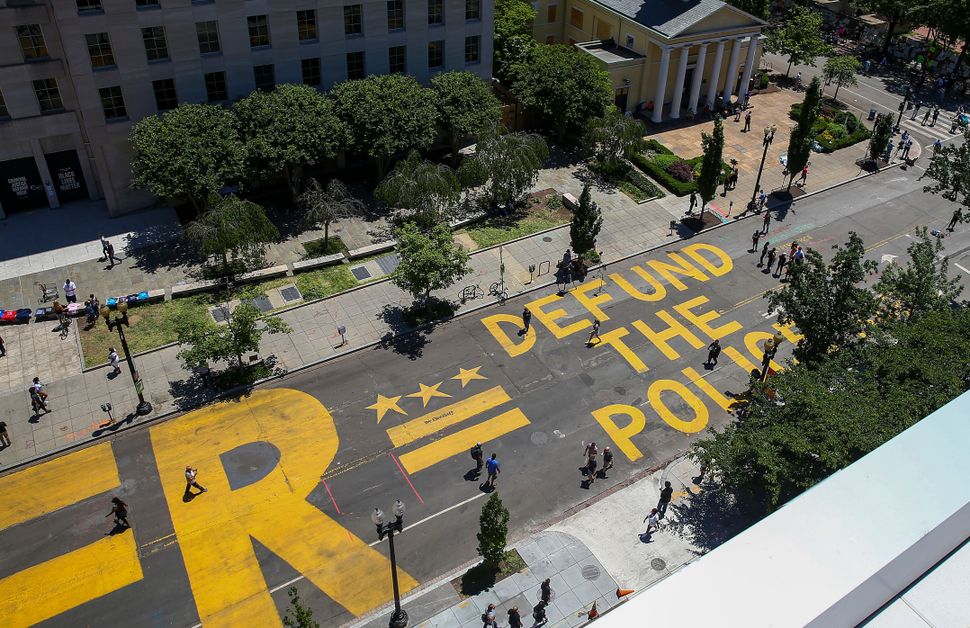 The murder of George Floyd was a revelation for white America. The image of a man lying on the street for 8 minutes and 46 seconds, his body limp beneath the officer’s knee, has transfixed and could transform the nation. To witness the breath of life casually pulled from a man’s body is to see not only one perpetrator and one victim, but to see the perverseness and pervasiveness of racism in our systems and our culture. With that video, courageously taken by a 17 year old girl, the veil was pulled back on four centuries of state-sanctioned brutality, a multi-generational, systematic effort to suppress and control Black bodies.

This is not a new story. Ta-Nehisi Coates, Bryan Stevenson, Michelle Alexander, Ibram X Kendi, Khalil Gibran Muhammad, and others have been writing and teaching for years about the white supremacy and entrenched predatory self-interest at the roots of our systems of policing and punishment in America.

But this moment is the flowering of a movement because of the powerful confluence of crises that has led so many to open hearts and minds at the same time. People are listening.

Shortly after George Floyd was murdered, I participated in a National Town Hall on Policing and Law Enforcement led by my friend Lisa Sharon Harper. Rev. Jim Wallis, who sat on my panel, shared a simple story. When he was a child, a Black friend shared his mother’s instruction that if he ever got lost and he saw a police officer approaching, he must hide until the officer passes, and then ask someone for help. Wallis was stunned—his white mother had given him exactly the opposite message: if you ever get lost, look for a police officer, someone you know you can trust.

The last few weeks have made it impossible to hide from the truth that Black and white people have fundamentally different experiences with law enforcement in this country. The sense of relief I have felt in vulnerable moments when I see an officer nearby is antithetical to the experience too many Black Americans have when interacting with police.

The question is: what will we do with this revelation? We can chant that Black Lives Matter until we’re hoarse. But if we fail to support implementation of the policies that the Black community is overwhelmingly calling for, if we sidestep the reality that too often our systems of policing endanger lives rather than keep communities safe, what kind of allies are we in the struggle for justice?

It has become clear to me, over these agonizing and heart-stretching days: the campaign to Defund the Police may sound radical, but it is right.

For years, I shied away from the call to defund the police not for ideological reasons—I fully support shifting budgeting priorities so that the city invests less in policing and more in creating equity for oppressed communities. As a taxpayer, I want to see more funding for public schools, mental health services, jobs and protection—especially now—for those unemployed as a result of COVID-19.

But until now I have refrained from full-throated support for defunding for two main reasons. First, feasibility. I worried that the campaign objectives were unrealistic. How would it work? If the police budget were significantly cut, how would victims of violent crime be protected and rape kits tested? How could we advance life-saving anti-trafficking work?

Second, semantics. The language of “defunding” made me uncomfortable. I feared it would elicit a scarcity mentality, focusing on what was being taken away (the sense of safety some find in a robust police force), rather than spark imagination. I also feared that the campaign would be weaponized to create a rift among voters who need to be in coalition with one another in November.

But I have grown years in a matter of days; many of us have.

I still want to know that in true crisis moments—like after the massacre at Tree of Life Synagogue in Pittsburgh, when our Jewish community felt achingly vulnerable—we’ll have the protection we need from those intent on doing us harm. And I remain concerned about language that might splinter the fragile coalition that must keep authoritarianism at bay this fall.

But it is clear that this moment calls for a paradigm shift. Now is the time for people of conscience to come together to transform our justice system into one that is actually just. That means reimagining community safety, working to demilitarize and divest from police departments, and to dedicating significant resources to social services, restorative justice initiatives and alternatives to incarceration.

This time of upheaval demands a real heshbon hanefesh—a national reckoning. For generations, policing and incarceration have been used as violent shortcuts to addressing systemic inequities and intergenerational traumas in the Black community and other communities of color, to devastating ends. It’s time for deep, honest consideration of the roots of white supremacy, violence and crime in our society, recognition of and reparations for past failures, and creative, courageous rethinking of our norms.

Defeating racism will require not tweaking or advancing reform, but transforming systems. And it will require transforming our spirits as well, for this is a struggle for our hearts, minds and souls. The call of this moment is clear: we must birth a new reality, one that treats every person as an image of the Holy One, centering human dignity, prioritizing healing, and promising both equity and equality for all.

Rabbi Sharon Brous is the senior and founding rabbi of IKAR.

Why I Have Come to Support Defunding the Police