I am the architect of the U.S.-Israel police exchange. Don’t believe the lies. 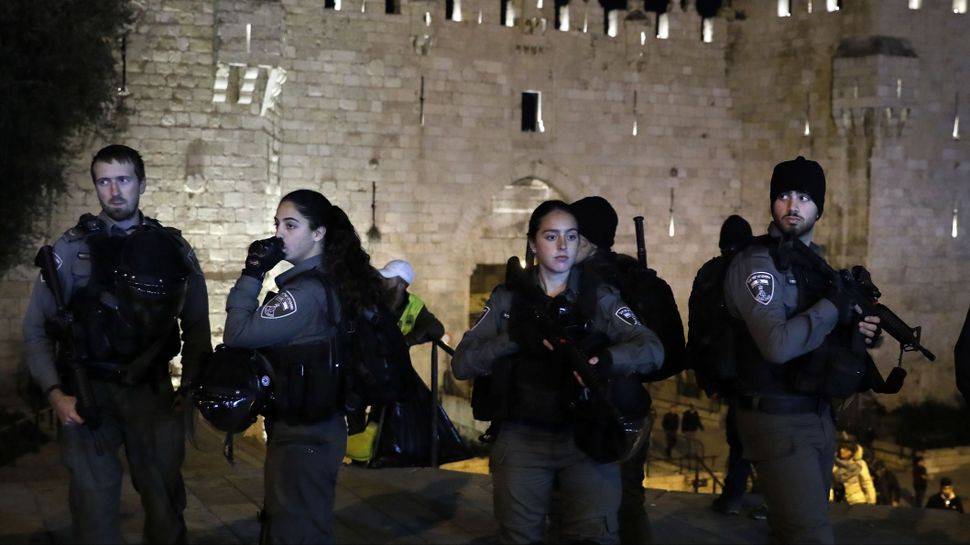 The nationwide demonstrations following the horrific killing of George Floyd, an unarmed black man, by a white police officer in Minneapolis have launched a pressing conversation about race and law enforcement in America. Unfortunately, some are cynically trying to drag Israel into the debate, claiming the Jewish state is responsible for incidents of police brutality in the United States owing to law enforcement exchange programs between our two countries.

As the architect of one of those programs, I can say this claim is not only false, but dangerous.

The argument falsely posits that counterterrorism trips and conferences organized by American Jewish organizations like the Jewish Institute for National Security of America (JINSA), where I work, facilitate a “deadly exchange” of worst practices between U.S. and Israeli forces. In recent years, this charge has been promoted by extremist organizations that oppose Israel’s right to exist, and amplified by institutionally anti-Semitic regimes like Iran’s.

Recent events seem to have given this libel new life. The U.S. Campaign for Palestinian Rights, for instance, lately declared that the “Israeli military trains U.S. police in racist and repressive policing tactics, which systematically targets Black and Brown bodies.” A petition by academics and students in the University of California system also invoked the police exchanges while claiming that the chokehold “used to murder George Floyd” was “perfected” by Israeli forces.

These accusations are false and, at best, expose a deep misunderstanding of the nature and objectives of police exchanges. More likely, they are motivated by virulent bias.

The truth is, JINSA’s Homeland Security Program was launched in the wake of the September 11th attacks in order to address the well-recognized counterterrorism needs of local law enforcement in the U.S. Since that time, more than 200 U.S. federal, state, county and municipal law enforcement executives have traveled to Israel as part of the program, while thousands of personnel have attended conferences with Israeli experts in the U.S.

Despite suggestions to the contrary, there is no field training involved in either the conferences or trips, and no training on holds or arrest mechanics. The exchanges, which are hosted by the Israel National Police, focus on effective counterterrorism techniques.

Participants learn how Israeli law enforcement deters, disrupts, and responds to terrorist attacks. They explore the ideology of suicide bombers and other attackers, ways to de-escalate an ongoing incident, and the intelligence-gathering and -sharing process.

Trip participants have discussed efforts to build trust with minority communities, visited hospital trauma units and crime scenes, and spoken with terrorists serving life sentences for murder. One year, JINSA organized a specialized trip for American bomb squad commanders which focused on topics such as post-blast forensics and the materials used in explosive devices.

There is a unique value to learning from Israel’s unfortunately extensive experience in the counterterrorism field. In 2002, the year that JINSA’s first HSP trip took place, hundreds of civilians were killed by Palestinian terrorists, including senior citizens at a Passover Seder, students at the Hebrew University of Jerusalem, schoolchildren on buses, and families eating lunch. The victims included Holocaust survivors, young fathers, pregnant mothers, kids, and infants.

It is the tragic reality that these heinous attacks have taught Israeli officials lessons that no nation ever wants to learn first-hand. Nearly two decades after 9/11, and following more recent attacks in San Bernardino, Orlando, and New York, these lessons unfortunately remain pertinent to the U.S. law enforcement community. The U.S. Intelligence Community warned in 2019 that terrorist groups “remain intent on striking the U.S. homeland.” The threat of homegrown violent extremists and domestic terrorists persists as well.

Importantly, both American and Israeli police agencies operate under similar conditions, with judicial and public oversight and an aggressive free press. There is value in learning how Israel fights terrorism while preserving its democratic institutions and the individual rights of citizens — challenges facing all democratic societies.

Many HSP participants have recognized the program’s great value, with the National Sheriffs’ Association endorsing the exchange in a 2019 resolution. One chief of police, for instance, credited what he learned in Israel with assisting him in deescalating and resolving an armed hostage-taking incident. I have heard many similar testimonies over the years.

Nonetheless, opponents of these exchanges seek to prevent Israeli experts from imparting lessons learned while facing a slew of attacks. Instead, they scapegoat Israel and American Jewish organizations in their obsessive quest to turn American public opinion, especially among political liberals, against Israel.

If they succeed, the American people will lose a valuable tool in enhancing their safety, all in service of the same objective that animates anti-Israel organizations globally: the Jewish state’s isolation and ultimate destruction.

That desire is rightly rejected by Americans. This pernicious campaign should be rejected as well.

I am the architect of the U.S.-Israel police exchange. Don’t believe the lies.