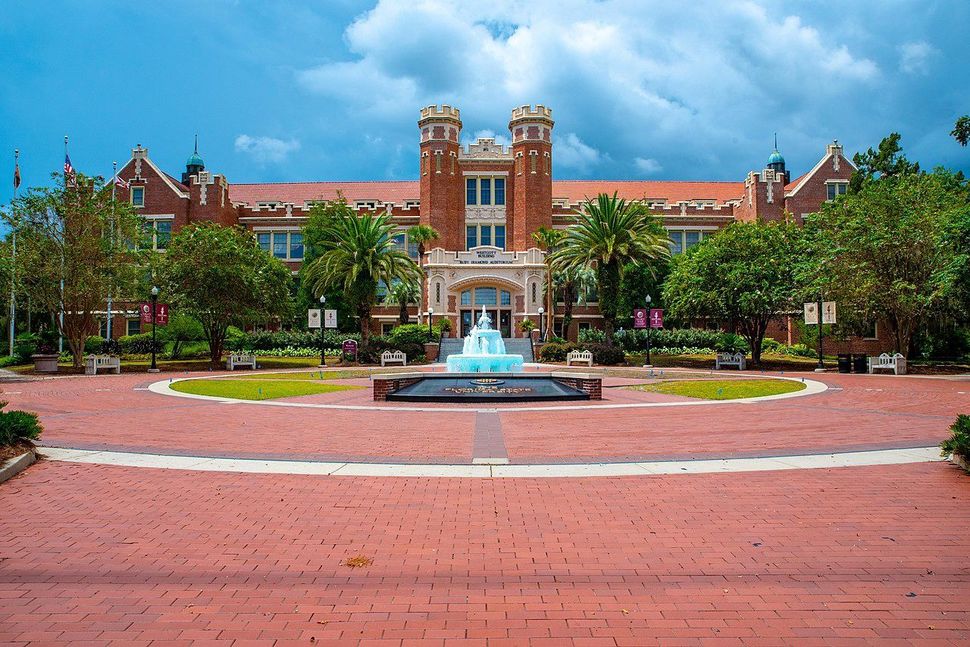 At two universities on opposite ends of the country, student government leaders recently found themselves mired in controversy for promoting anti-Semitism online. In June, the student senate president of Florida State University, Ahmad Daraldik, was revealed to have posted hateful messages to his social media accounts, including “#f—kisrael” and “stupid jew thinks he is cool” about a photo of an Israeli soldier. He also appears to have created a video and website equating Israelis with Nazis, a view he defended during a recent student government meeting.

A week later, at Pomona College, the senior class president, Malak Afaneh, shared a post on Instagram saying: “[O]nce again, zionist-Israel-birthright-vacation-stuck-on-comparing-holocaust-to-racism-WW2-worshipping bitches, this should be right up ur alley. Oh wait u hate brown ppl.”

Both universities handled the episodes terribly, which is to say, they didn’t handle them at all. The FSU student senate refused to remove Daraldik, and while the administration released a statement condemning anti-Semitism in general, it did not explain why what occurred was anti-Semitic, did not name Daraldik, did not criticize the student senate for failing to remove him.

What the administration indicated through this lack of any tangible action is that anti-Semitism on this particular campus will face no consequences beyond vague, impotent criticism.

Meanwhile, at Pomona, students immediately called for Afaneh to apologize or step down. To Afaneh’s credit, she issued an apology and olive branch to the Jewish community, acknowledging the anti-Semitism in the post. “I deeply regret associating myself with that language,” she wrote.

But the Pomona administration could not stir itself to issue even FSU-style bromides about inclusivity; to our knowledge, it has released no official statement to the Pomona community.

It is worrisome to see college leaders broadcasting hatred so unabashedly. The incidents suggest that college students, despite an appropriate increased sensitivity to bigotry toward many minority groups, apparently lack this awareness when it comes to Jews.

Anti-Semitism on campus is often concealed behind supposedly political rhetoric targeting Israel, creating an important role for college administrations to educate students about anti-Semitism. But too often, they look the other way at the oldest hatred.

It is not fair to single out Pomona and FSU, because too many administrations across the country handle instances of campus anti-Semitism the same way: ignore it if possible, and if not possible, usually due to media attention, minimize it and move on quickly.

Fortunately, there are several examples of university administrations responding the right way. In 2018, a professor at the University of Michigan rescinded a letter of recommendation for a student’s study abroad program in Israel because of the professor’s pledge to participate in an academic boycott of Israel. The administration responded by disciplining the professor — denying him a merit-based raise and sabbatical — and then enacting new policies prohibiting such behavior. The administration sent an unmistakable message to campus that discriminatory and anti-Semitic actions, even when fueled by personal political obsessions, will not be tolerated.

Likewise, this year at Tufts University, Students for Justice in Palestine received a student organization award for its work on the anti-Semitic “Deadly Exchange” campaign, an effort which seeks to blame Israel for police brutality in America — a classic example of a blood libel.

In response, the Tufts administration released a strong statement expressing dismay at SJP’s receipt of the award. It promised better oversight over the awards process. It stated outright that SJP’s receiving the award alienated Jews on campus and was concerning because of rising anti-Semitism in America. The administration made it clear that SJP was an inappropriate recipient of the award and newly adopted measures would prevent the mistake from being made again.

When students, and especially student leaders, engage in hate speech or are exposed promoting anti-Semitism online, administrations should have a best practices approach for handling it. The best response to students who feel increasingly emboldened to express bigoted or ignorant views against Jews is administrations who use these incidents both to educate the campus and to go beyond words by taking decisive action to show that Jewish students should and will receive the same protections as other groups on campus.