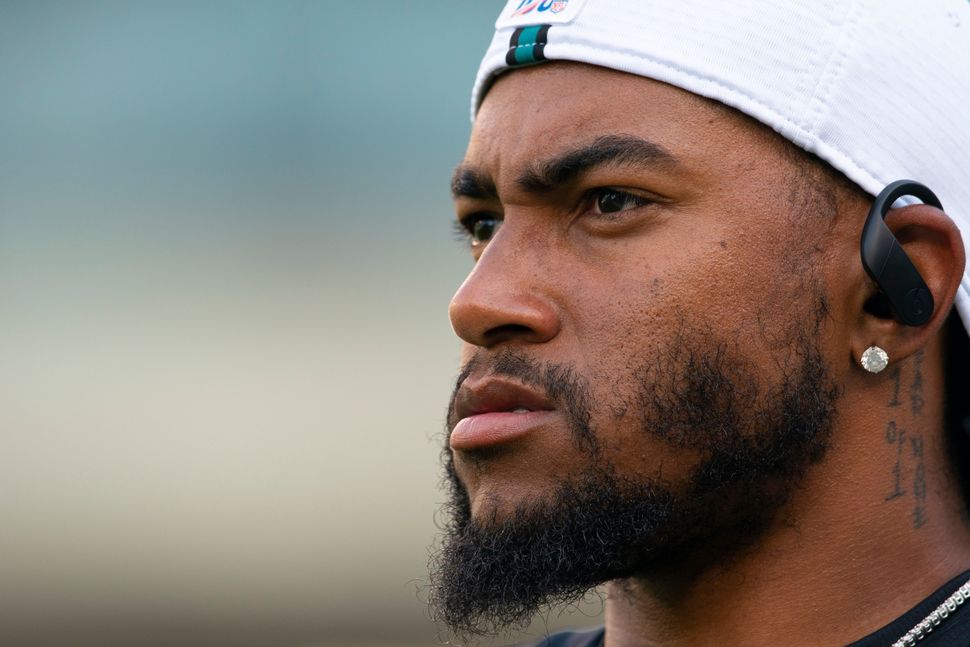 On Monday, Philadelphia Eagles wide receiver DeSean Jackson shared a quote wrongly attributed to Hitler on his Instagram Stories. “Because the white Jews knows that the Negroes are the real Children of Israel and to keep Americas secret the Jews will blackmail America,” the quote read. “They will extort America, their plan for world domination won’t work if the Negroes know who they are.” Jackson also praised Louis Farrakhan, the Nation of Islam leader who is a rabid anti-Semite and has compared Jews to termites. 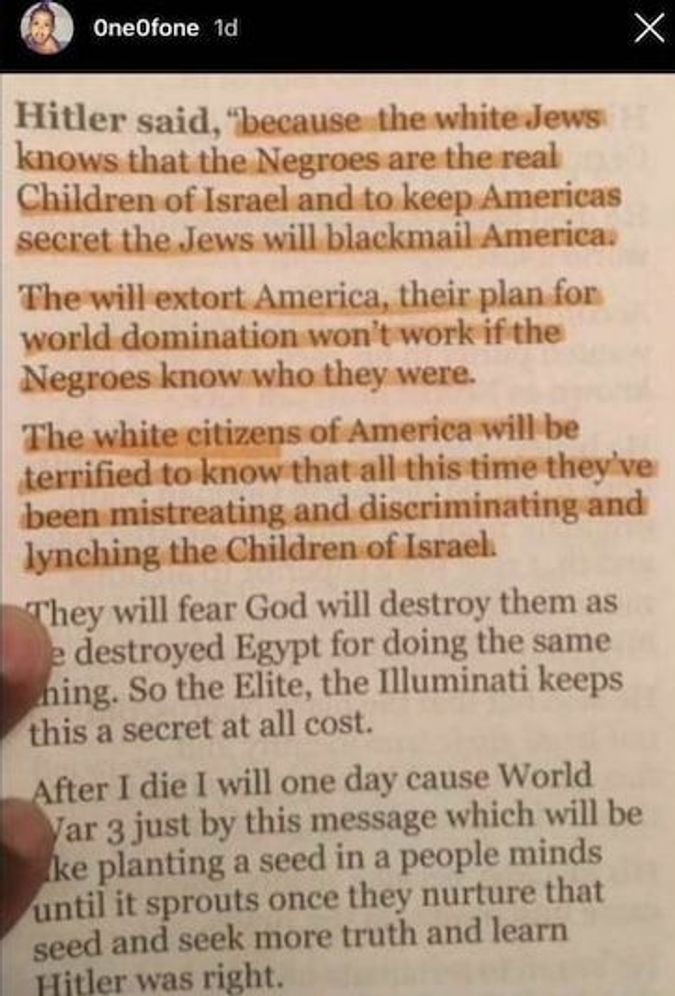 By Tuesday, Jackson had apologized. “I really didn’t realize what this passage was saying,” he said in a video posted to social media. “I never wanted to put any race or people down.” And the Eagles promised to take appropriate action.

But even after Jackson’s apology, many were dissatisfied and there were calls to fire the three time Pro-Bowler. Some noted that celebrities and athletes have been fired for statements or social media posts far less offensive than Jackson’s. Others argued that there’s an inherent double standard and that accusations of anti-Semitism are never taken as seriously as anti-black racism.

There’s some truth in both of these arguments. But it seems to me that they miss the bigger picture: the danger posed by the increasing prevalence of cancel culture, iconoclasm, and general intolerance towards any ideas that run afoul of the reigning orthodoxies of the left.

Americans have recently been fired for voicing the view that “all lives matter.” Last month, a New York Times editor was forced to resign for his role in publishing an op-ed by a Republican Senator. Academics have been forced to apologize for reaching a conclusion some didn’t like, and public statues — even those of great historical figures like Winston Churchill — have been torn down or vandalized.

This phenomenon, known as cancel culture, has be aptly characterized as soft totalitarianism, a diffuse and bottom-up force where the goalposts are ever-moving and sins small and large are equally punished with maximum force. It frequently results in online bullying, shaming and ostracism in response to offensive speech, and it has a deleterious impact on free speech and the survival of deliberative democracy by narrowing the Overton window — the range of policies politically acceptable to the mainstream population.

It’s a terrifying development, and one we should resist — even when the offense comes for us as Jews.

Instead of pouncing on Jackson promoting racist views and attempting to get him fired, let’s resist the temptation, accept his apology, and resolve to have a national conversation about this dangerous illiberal trend.

The best response to bad speech is more speech, not enforced silence, which, as John Stuart Mill wrote, deprives us of the “clearer perception and livelier impression of truth produced by its collision with error.”

By all means, let’s continue to fight anti-Semitism, a malevolent force that threatens not only Jews and Israel but the Western World as well. But the goal should not be to delegitimize individuals, whose motivations and core beliefs are usually beyond our capacity to grasp, but to delegitimize anti-Semitism itself — an ugly view that can be corrected for in the minds of those who espouse it from a place of ignorance rather than malice.

Let’s resolve to promote nuance. Certainly, there are some opinions — like those now disavowed by Jackson — that are beyond the pale. But most people and the ideas they express are complicated, and typically can’t be reduced to the Manichean narrative the new woke moralists demand.

And even for those who say things that are beyond the pale, there absolutely must be a way back. We must allow for repentance and forgiveness — including for Desean Jackson.