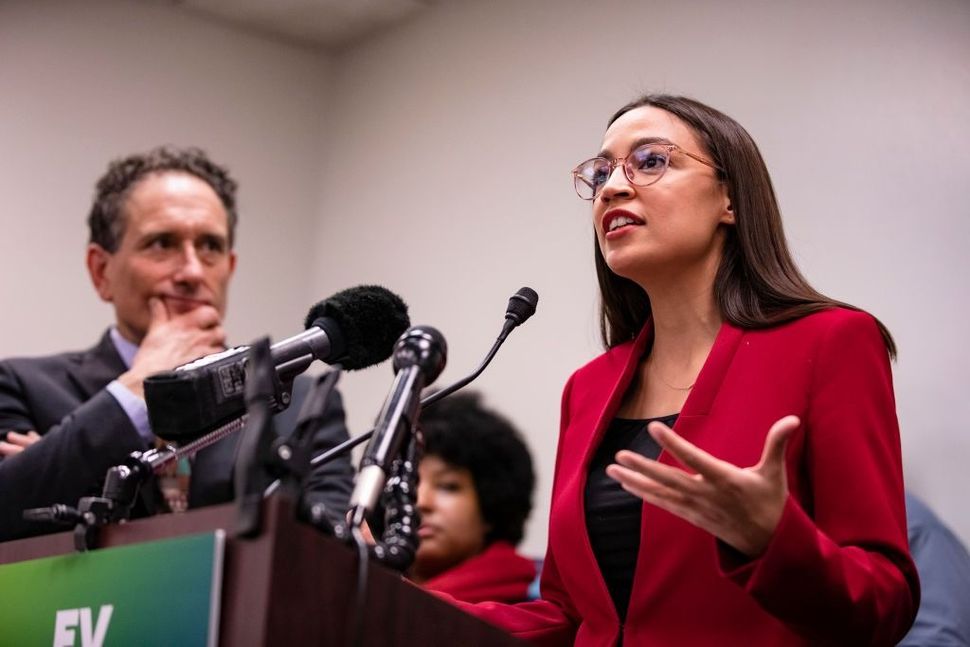 The Jewish president of a major American university came to speak many years ago at Dartmouth College, where I am a professor, and denounced affirmative action as a serious threat to Jews. I pointed out to him that affirmative action had been tremendously beneficial to my own career as a woman who is also a Jew. He was stumped and said, “I never thought of that.” And apparently, he had not thought about Jews of color, either, as beneficiaries of affirmative action. Not all Jews are white men.

Women are often not thought about. We have many organizations defending Jews: Every city has its Jewish Federation as well as a slew of rabbis. On the national scene, we have the American Jewish Committee and the Anti-Defamation League among others with major endowments. They protest loudly and effectively against anti-Semitism, racism and Islamophobia, but seem to forget that some Jews are Black, and some Black Jews are women.

Where are the Jewish leaders who speak for women?

When U.S. Representative Alexandria Ocasio-Cortez rose in Congress in response to Rep. Yoho’s insults, she spoke in clear, measured tones in defense of women who are insulted, mocked, and harassed daily by men on the streets, job sites, and the internet. I love what she said and how she said it: With dignity, she turned Rep. Yoho’s insults into a lesson on the sexism women endure throughout our lives.

Rep @AOC: “I do not need Rep. Yoho to apologize to me. Clearly he does not want to. Clearly when given the opportunity he will not & I will not stay up late at night waiting for an apology from a man who has no remorse over calling women & using abusive language towards women.” pic.twitter.com/XKymFh3Oyf

I wish I could hear such a speech from a Jewish Congressman or Senator, from the president of a major Jewish organization, from the head of the Conference of Presidents of Major American Jewish Organizations — a recently elected woman.

With all the important work we are doing against anti-Semitism and on behalf of the State of Israel, we certainly know how to speak fearlessly with clarity and dignity. We understand structural anti-Semitism, historical anti-Semitism, and the insults and violence against Jews that are rising dramatically around the world.

Why can’t we apply such analysis to a defense of women? After all, Jews are also women.

Can it be because most of our major Jewish leaders, directors of Federations, donors to major organizations, major philanthropists, senior rabbis at prominent synagogues, are men? Can it be these men do not feel compelled to speak up and defend us as women?

I can certainly complain to them, as I often do, and ask them to strive for gender parity on their boards, their directorships, and staff, and tell them that the conferences they support financially should have gender parity and that women should also be invited to speak.

I spoke privately about my dismay over the Jewish men who have engaged in outrageous, illegal sexual predation to some executive directors of Jewish Federations. I urged that these wealthy men, in trouble with the law and seeking to redeem their reputations, donate to organizations helping exploited women rather than donate to yet another male-run Jewish organization; the Federation executives turned away from me. The response from one of them: “He’s a good friend of mine, I feel so sorry for him.”

As a woman chairing a very successful Jewish Studies program at a major Ivy League university, I speak with female colleagues frequently about the condescending attitudes we endure from male Hillel and Chabad rabbis, and the refusal at the national level to intervene to address the sexism. Some male Jewish colleagues in our field patronize us, presumably in order to elevate themselves, even if we outrank them. And they get away with it.

Men in the field continue to publish books and journals from which women are excluded. Look at the recent 850-page book on Hasidism, written by eight men who received massive financial support for their project, or the many anthologies that may have one or two articles by women along with twenty articles by men.

Where are the voices that object to women’s exclusion?

The atmosphere that permits excluding women, exhibiting patronizing behavior, and using rude, mocking and vulgar language can make men feel they have the right to issue sexual threats and even commit physical and sexual assault. It’s time for the men who run the big Jewish organizations to defend us, Jews who are women, or cede their positions of power to us.

Until now, we have not heard loud, clear, strong support for us as women coming from the highest levels of the Jewish community.

Where can I find a Jewish voice like the voice of Rep. Alexandria Ocasio-Cortez, a voice of clarity, dignity, and insistent defense of women?