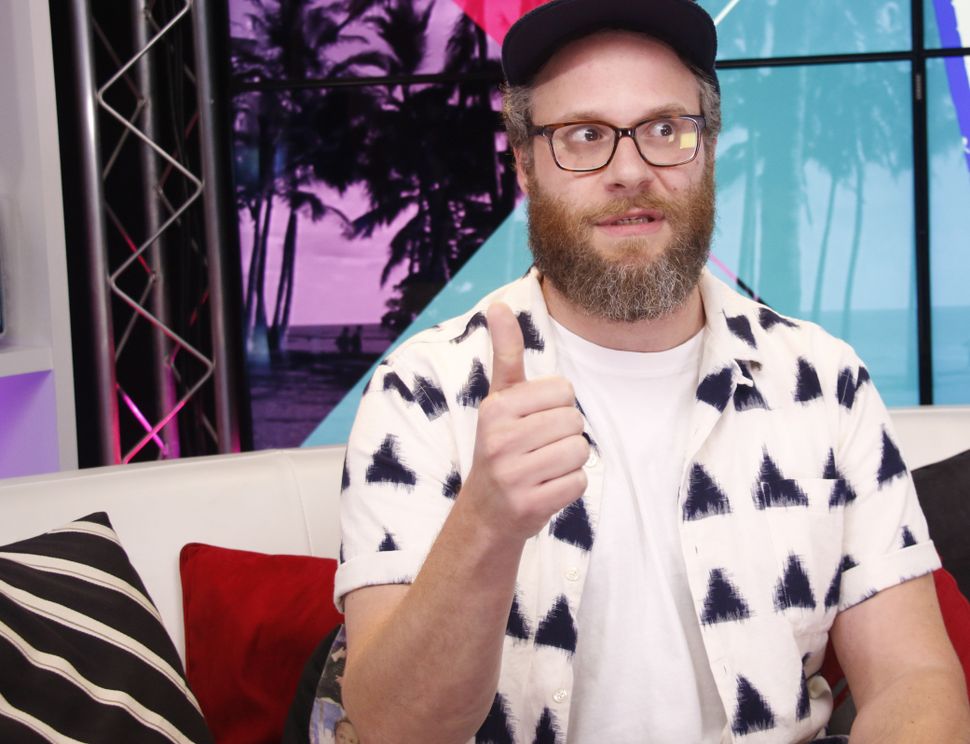 Please, please, take your Oedipal rage and find another outlet for it. It’s not Israel’s fault you hate your parents. Leave us out of this.

I understand, I get it. You were 12, you were at summer camp, and someone gave you a heroic version of Israel’s history, and now that you’re suddenly surrounded at university by theologians of the grand church of intersectionality, you feel the need to renounce,

You’re not happy with the heroic version you heard at age 12? I feel for you. Can I ask you something though? Was the version of American history you got at age 12 particularly critical? Did you learn a lot about the Trail of Tears, the Indian Removal Act or the Chinese Exclusion Act, or even the three-fifths rule?

Yes, Germans. A lot of them. Became refugees as a result of defeat in a destructive war they started. Not just them, either. Italians, Bulgarians, Hungarians — many nations that made the mistake of allying themselves with the Nazis in the war found themselves at the end with significant territorial losses and having to resettle hundreds of thousands of displaced people.

The last great wave of such displacement was the Italians of the Istrian exodus in 1954, six years after Israel’s birth and war of independence.

When Israel fought for its independence, it was just one of many new states carved out of former imperial possessions. In the Middle East, many new nations were created, but most chose not to make common cause with the Jews in a tiny sliver of the Middle East and be part of a greater liberation of the entire region. Instead they devoted all their efforts to snuffing out the Jewish presence in the Middle East.

They actually succeeded in almost every single corner of the Middle East. But they failed in the one place where Jews were able to form a local majority and defend themselves.

One of those groups of refugees was absorbed into their countries of refuge and made into full citizens where they thrive to this day. The other group linger in refugee camps and subsist on international aid and revenge fantasies.

Since you claim your parents hid the real history from you, I’ll be careful not to spoil for you which was which. Go pick up a book and find out for yourself.

Honestly, I don’t believe no one told you that there were Arabs in the Middle East who didn’t want a Jewish state. Really? When they told you about Israel’s wars in 1948 and 1967, who did they tell you we fought against?

I don’t want to be boastful, but here in Israel at least, we’ve taken a critical approach to our history pretty much from day one. The first major literary treatment of the Palestinian displacement in Hebrew came out in 1949, just one year after independence. Your average Israeli probably knows more about the less heroic sides of our history in wars, in occupation, and everything in between than any of your American or Canadian or British friends know about their own.

In fact, I’m willing to bet you know more the crimes of the IDF, real and imagined, in the occupied territories than you know about the more unseemly affairs related to your own army in its long wars in Iraq and Afghanistan.

And if you really want to show us how brave you are, how much you love critical engagement with painful acts and with powerful constituencies at home, maybe you might want to speak about some of those. See the reaction you get, and then tell me if you still want to use the word “brave” the next time you and and your bunkmate trash talk your camp counselors.

Because if you hate them or hate your parents, that’s your issue with them — not with us. We’ve got enough going. Leave us out of it.

Israeli Jews (or some Israelis; we’re not unanimous and we don’t imagine there’s a “Jewish establishment” here trying to silence us like a bunch of cosplay dissidents)

Shany Mor is an Associate Fellow at the Hannah Arendt Center at Bard College and a Researcher at the Israel Democracy Institute. He is also a research fellow at the Herzl Institute for the Study of Zionism and at the Chaikin Center for Geostrategy, both at Haifa University.