Forget Seth Rogen’s Israel comments. What did he say about Orthodox Jews? 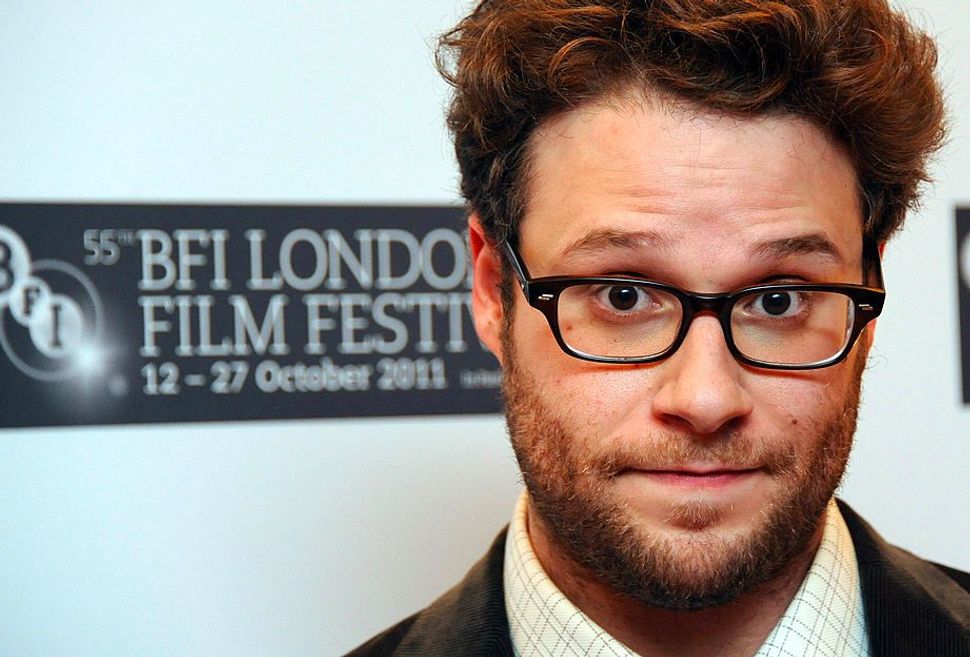 The latest episode of Marc Maron’s podcast “WTF With Marc Maron” comes with a “trigger warning” for anti-Semites. “You are REALLY not going to like this episode,” the comedian captioned his chat with Seth Rogen about the star’s upcoming movie, “An American Pickle.”

But, as it turns out, Maron and Rogen ended up triggering other Jews — for more than one reason.

Rogen received both kudos and criticism for comments he made on Israel, saying that he wouldn’t want to live in Israel and had been “fed a huge amount of lies” about the country when he was a child.

But what got lost in the ensuing fray — possibly because it occurred so late in this lengthy podcast — was a troubling exchange that dipped into stereotypes about ultra-Orthodox Jews.

During the course of a fairly tongue-in-cheek conversation, Rogen riffed on Jewish “inbreeding,” blaming a relatively small gene pool for the fact that Jews are currently “riddled with disease” (in fact, some genetic diseases, like Tay-Sachs, have a higher prevalence among Ashkenazi Jews).

Maron, however, characterized the Hasidic community as genuinely affected by inbreeding. “Their gene pool is so tight they’re producing Jews who don’t even look like Jews. If you didn’t have the get-up, you wouldn’t know they were Jews,” he said.

Maron then asked Rogen what he “thinks of the Hasidim” (not exactly a question calculated to produce a nuanced response).

“Not doing us any favors,” Rogen quickly responded.

From there, the conversation quickly spiraled. Rogen shared his theory that the iconic wizards of fantasy worlds, like Tolkien’s Gandalf, are modeled on Hasidic Jews. Maron said, “Well, they are wizards” and theorized that the creation and ethos of Hasidic communities was primarily informed by the Holocaust. (In fact, most Hasidic dynasties predate WWII significantly).

Unlike the earlier portion of the podcast, which — whether or not you agree with Rogen’s views on Israel — touched on real and urgent political questions, there’s really no upside to sharing that you think the ultra-Orthodox dress like Gandalf. In one segment, Rogen argues a point, and a fairly standard progressive one at that. Here, he’s just leaning into stereotypes for laughs.

Of course, it’s true that Rogen and Maron jokily lean into stereotypes throughout the podcast. They repeatedly dunk on the experiences of middle-class, secular Jews like themselves: the episode is full of irreverent observations on institutions like summer camp, which Rogen claims is a conspiracy to “get young Jewish kids to f—k each other and make more Jews.”

But it’s one thing to enjoy some self-referential humor, and another to joke at the expense of vulnerable Jewish communities they’re not part of.

Earlier in the podcast, Rogen touched on anti-Semitism, a topic on which he’s been outspoken in the past. “I think people have a weird fear of people who look like them but do not believe the same thing they do fundamentally,” he told Maron.

It’s a good point — and without quite seeming to mean it, he kind of lived it out himself.

Forget Seth Rogen’s Israel comments. What did he say about Orthodox Jews?