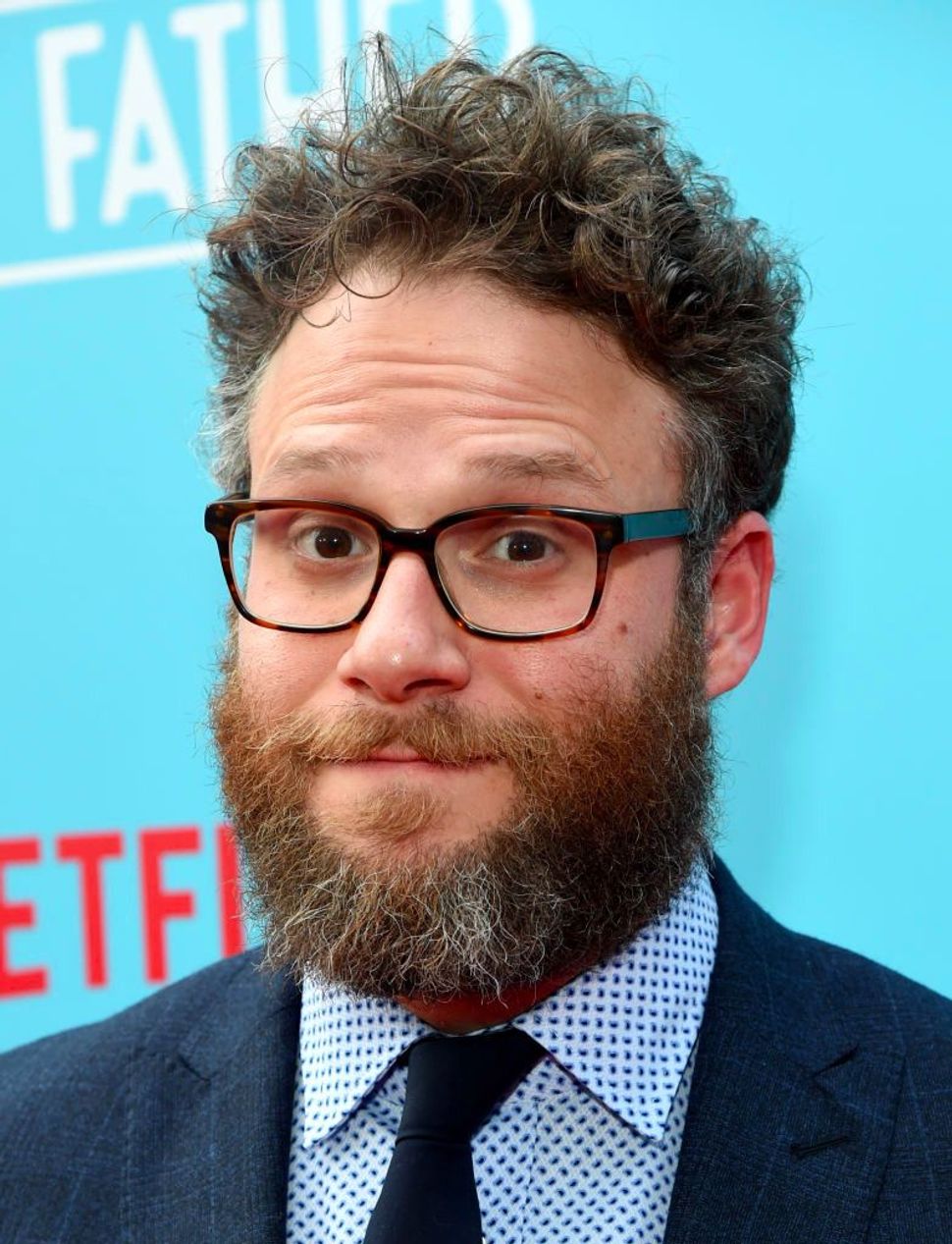 Seth Rogen, the star of “An American Pickle.” Image by Getty

On Monday, Seth Rogen joined comedian Marc Maron on his podcast “WTF” to chat about his latest flick, “An American Pickle.” The film is a romp through the Lower East Side of Jewish immigrant yore, so it’s fitting that the podcast touched on some key issues of modern American Jewish identity: summer camp, roots in Jersey — and conflicted views on Israel.

Rogen, who went to a Jewish elementary school and faithfully attended a summer camp run by the Labor Zionist youth movement Habonim Dror, had a hot take on the Jewish institutions in which he spent his youth: “the goal was to get young Jewish kids to f—k each other and make more Jews.”

It’s a strategy that works, he admitted: his sister met her husband there, and several of his friends shacked up as a result of summer camp. (For Rogen himself, who has created zero Jews, it hasn’t been as effective.)

Rogen also shared how his own family history influenced his portrayal of Herschel, the hard-scrabble pickle-maker at the heart of the film. “I come from a line of very tough blue collar Jews,” Rogen said, noting a mailman and multiple plumbers in his lineage and adding that, like 99% of Jewish immigrant forebears including the Schmooze’s own, his grandparents owned a deli in New Jersey.

And talking about the experiences of Jewish immigrants like Herschel, who found themselves immigrants in many far-flung countries, Rogen questioned the wisdom of concentrating world Jewry in one land, however holy. “You don’t keep all your Jews in one basket. I don’t understand why they did that. It makes no sense whatever,” he said.

Rogen added that he’s disillusioned with the education he received about the Israeli-Palestinian conflict as a child. “As a Jewish person, like I was fed a huge amount of lies about Israel my entire life,” he said. “You know, they never tell you that […] there were people there. They make it seem like it was just sitting there.”

“We’re going to piss off a bunch of Jews,” Maron said, and both agreed that the prospect of pushback from fellow members of the tribe made criticizing Israel “frightening” (although not that frightening, because they did so on a popular podcast).

There are plenty to agree with them, and plenty who will disagree — vocally. But as Rogen, whose parents met on a kibbutz and who describes himself as “100,000% Jewish,” put it, it’s also his identity that makes him want to speak up. “If anyone can say whatever they f—king want about this s—t, it should be two famous Jewish people,” he quipped.

We don’t think being famous or Jewish qualifies anyone to do anything, much less arbitrate a conflict that involves millions of non-famous non-Jews. But in lobbing an argument-inducing comment across the airwaves, Rogen and Maron were participating in one of the oldest Jewish traditions in existence: the age-old practice of intentionally pissing off other Jews. Have at it, boys.