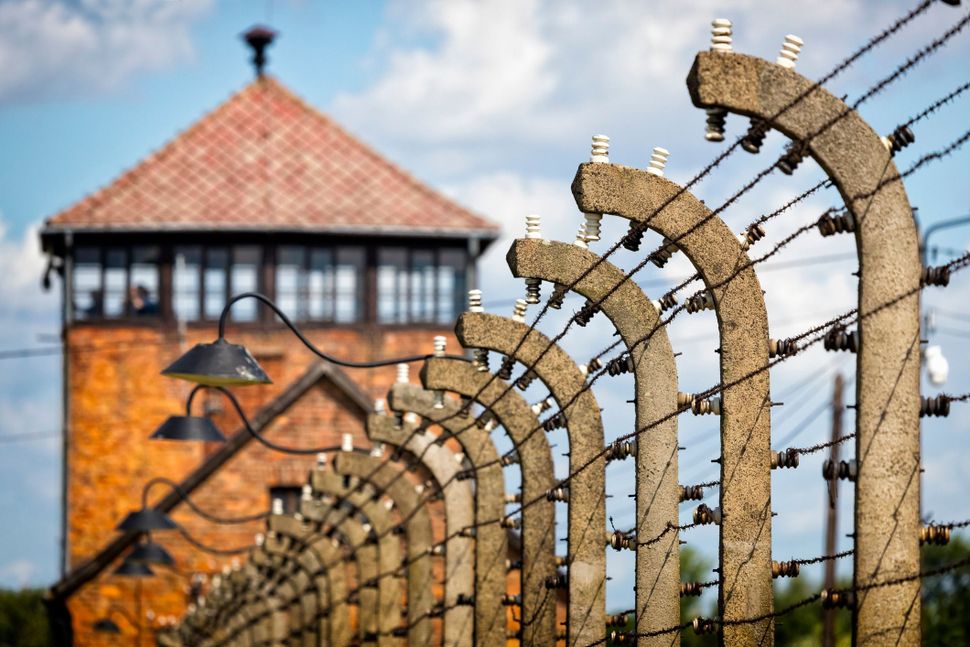 Survey results on Holocaust knowledge in America are in, and the findings are terrifying. Not only do they show a shocking level of ignorance, but they reinforce findings about all adults, as well as trends throughout western Europe. And they coincide with a disturbing rise in Neo-Nazi propaganda, antisemitic feelings, and hate crimes against Jews.

Once again, educational institutions are the front-lines of the battle against unfamiliarity of this horrible moment in history, but they are joined on a second front: social media platforms.

On Wednesday, the results of the U.S. Millennial Holocaust Knowledge and Awareness Survey were released, a poll commissioned by the Conference on Jewish Material Claims Against Germany and conducted by Schoen Cooperman Research. Those who wish to keep Americans ignorant about the Holocaust were the clear winners: When it came to hearing about the Holocaust, naming even a single concentration camp, or the death toll from those tragic events, a number of millennials and Generation Z adults struck out on all three.

Two-thirds didn’t know how many died, with a third claiming the human carnage was far less than the actual casualty numbers. Nearly half couldn’t name a single death camp.

Most shockingly, a little over 10% of those between the ages of 18 and 40 believed that Jews were actually the perpetrators of the Holocaust. Wednesday’s poll found that a staggering 11% of respondents harbor “intensely” antisemitic views by agreeing to six or more anti-Jewish statements.

Findings about Holocaust knowledge varied widely across the United States, with Washington, California, Wyoming, Wisconsin, West Virginia and Maine having the lowest number of cases of Holocaust ignorance. It was a different story in Mississippi, South Carolina, Texas and Arkansas, but also some surprising areas like New York, Illinois and Maryland, where a lack of Holocaust knowledge approached or exceeded 55%.

A growing number of respondents admitting seeing Nazi symbols in social media or in their communities. Nearly half have witnessed Holocaust denial propaganda online or elsewhere.

It’s not just a problem in America. In another 2020 survey, France reported similar levels of Holocaust ignorance (only 2% even knew about one of the most notorious concentration camps near Paris). That same report from earlier this year found that 20% believed being antisemitism was acceptable — which, not surprisingly, coincided with a 74% increase in attacks on Jews.

Meanwhile, CNN reported that in the United Kingdom, recent declines in anti-Jewish hate crimes have been reversed in the wake of the coronavirus pandemic, as such attacks rose in 2020. “Online anti-Semitic hate incidents in the United Kingdom are on the rise, with conspiracy theories accusing Jews of creating and spreading COVID-19,” CNN found. Neo-Nazis have also been directing people to infect Jews and Muslims with the disease.

What do these correlations because ignorance about the Holocaust and rising levels of antisemitism teach us? Holocaust ignorance seems to breed antisemitic behavior.

Schools have an obligation to do better. In depriving their students of Holocaust education, they aren’t just harming those students; they are contributing to rising levels of antisemitism and endangering Jews.

There is one silver lining from the Claims Conference poll: Many millennials and Gen-Z adults want to know more about the Holocaust, perhaps to offset the reduction in their education coverage, and to combat the misinformation allowed to roam freely on social media.

64% of all U.S. Millennials and Gen Z believe that Holocaust education should be compulsory in school. 80% of all respondents reported the belief that it is important to continue teaching about the Holocaust, in part, so that it does not happen again.

America’s schools should not let them down.

John A. Tures is a professor of political science at LaGrange College in LaGrange, Georgia. His views are his own. He can be reached at [email protected] His Twitter account is @JohnTures2.