Open Letter to House Minority Leader from your Jewish colleagues: Jews are not a political football. 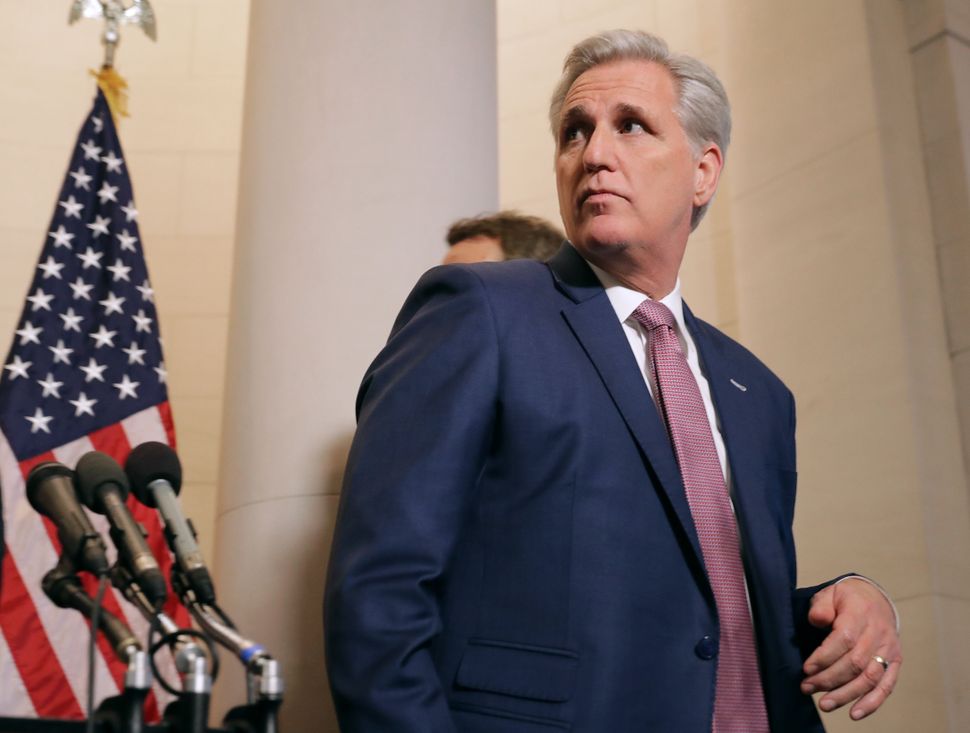 As Jewish members of Congress, we write to you at a time of uncertainty and concern in the United States. Jewish communities have seen a rise in violence, property damage and harassment. Pittsburgh, Poway, Monsey, Jersey City, and Brooklyn are sadly new touchstones for the American Jewish community.

We do not distinguish between left-wing and right-wing antisemitism. Antisemitism is wrong, no matter the source, and we will continue to fight antisemitism wherever it is.

Jews are not a political football, and to treat Jews as such devalues Jewish lives and makes it more difficult to fight the dangerous and deadly trends of growing antisemitism.

To be clear, every clearly partisan maneuver in which House Republicans seek to play “gotcha” politics with Jewish lives — including partisan motions to recommit on anti-Semitism — makes the fight against antisemitism harder. This is especially true when members then vote against the underlying bill after a motion to recommit passes, thereby clearly demonstrating that those members are only interested in the partisan maneuver.

Before a member of the Republican Conference introduces another motion to recommit on issues related to antisemitism, we invite you to meet with Jewish members of Congress to hear our perspective. We would like to share views with you about the effects of these partisan motions to recommit about the Jewish community.

We look forward to scheduling time together so that you can better understand our deep commitment to the bipartisan fight against antisemitism.

Open Letter to House Minority Leader from your Jewish colleagues: Jews are not a political football.