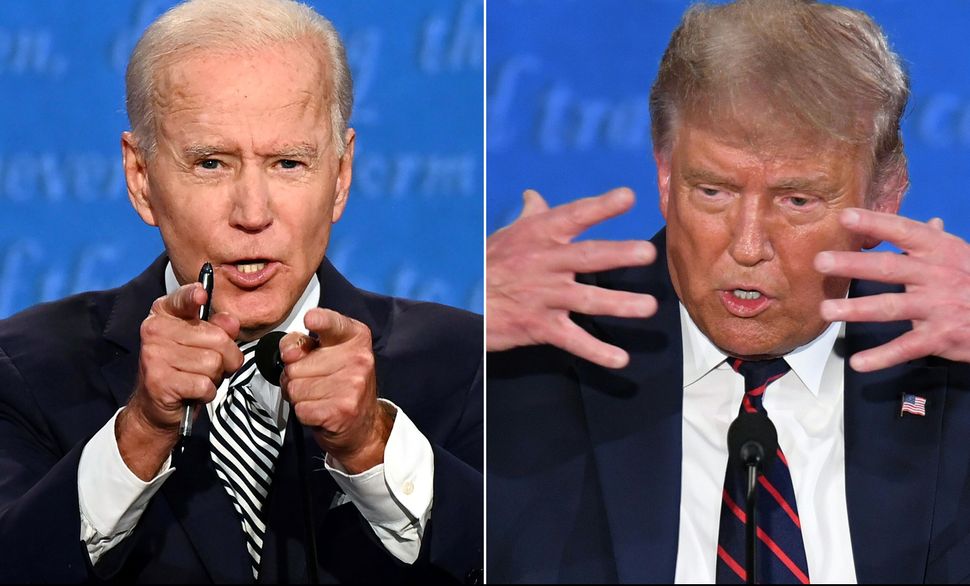 In last night’s debate, when Joe Biden said “we don’t trust” President Trump on a coronavirus vaccine, but “we trust the scientists, we trust Dr. Fauci,” he wasn’t just talking about the politics of a vaccine; he was sounding a theme that has become prominent in Democratic politics: trust in science and scientific experts to guide public policy.

To some observers, this election has become a referendum on science itself. The venerable magazine Scientific American made its first political endorsement in its 175 year history, urging a vote for Joe Biden over Donald Trump, who according to the editors, “rejects evidence and science.” In a similar vein, Damon Linker, writing in The Week, says that Trump-era conservatives are rejecting liberal tradition which led to the Enlightenment and “transformed the world, creating societies shaped by leaps in scientific knowledge, wealth, travel, communications, and health care” in favor of a pre-modern, medieval worldview. Hillary Clinton used her 2016 convention acceptance speech to take the opportunity to declare “I believe in science,” a sentiment echoed in earnest yard signs (“in this house science is real”) and even in an event as unlikely as an international March for Science in 2017.

Why is this happening? The most obvious and pressing reasons are climate change and the pandemic — two crises in which consensus has formed in expert opinion, and where that consensus has been sidelined by political and media actors. Americans have had to endure a president touting the benefits of raking the forest floor during apocalyptic wildfires, and pushing outlandish theories and miracle cures for the coronavirus, while the government’s own medical and public health authorities are co-opted, marginalized or silenced altogether.

This has led to the almost equally bizarre spectacle of someone like Dr. Antony Fauci, the mellow and not abundantly charismatic director of the National Institute for Allergy and Infectious Diseases, being made into a sort of opposition figure and even a sex symbol (not to mention the target of outrageous conspiracy theories and death threats).

In this literal and figurative climate, it is not surprising that “trusting experts” and “following the science” have become slogans for many liberals seeking to distinguish their approach from the manifest failures of the administration. But building an argument for a different response to crises as huge and all-encompassing as a pandemic and the ongoing transformation of the planet on the twin pillars of “experts” and “science” is risky. And simply replacing one set of leaders who, as Scientific American puts it, reject “evidence and science” with others who accept it will not in itself solve any problems.

Science is a powerful set of tools and practices for understanding and shaping the world, but it’s a weak culture war slogan and a bad substitute for politics.

In this first instance, this is simply because very few people seem to see themselves as actually rejecting science, evidence, or expertise. At every stage of the pandemic, alternative theories and counter-experts have cropped up to attack the mainstream consensus. In this sense it’s been a radically compressed and sped-up homage to the climate change debate, in which dissenters and alternative models have periodically been put forward to undercut a dominant mainstream view.

Many of these counter-experts were cranks, hobbyists working far outside of their field, or some combination of both. But they all spoke the language of “science” fluently and mimicked the gestures of expertise persuasively. That they were usually peddling bogus claims was irrelevant to the course of the debate. They said things many people were eager to believe, and did so with the reassuring techniques of figures, models, and jargon. Erroneous and downright sinister science — think of phrenology, race science, or eugenics — is often cast as “scientific,” and until debunked or defeated wears all the prestige of the work that rightly endures.

And to give the cranks and hobbyists their due, there were plenty of mistakes and reversals by the mainstream experts to pick apart. Most disastrously, the WHO and CDC initially discouraged mask-wearing by the general public, creating doubts about their reasoning when they eventually changed their guidance. Some public health departments (and quite a few experts) appeared to endorse racial-justice protests as an exception to general orders prohibiting large gatherings, often pointing out that the virus was disproportionately affecting people of color. And the scientific literature on the virus has featured plenty of studies that were retracted after making a big public impression. We’ve had a real-time demonstration that scientific expertise neither stands aloof from all political considerations, nor procures immediate and pristine results.

But even if there were no faux debates or real mistakes, consensus on “the facts” would not be enough to move policy. As the interviews with Bob Woodward made clear, President Trump had a perfectly sufficient grasp of the facts of the coronavirus early in the pandemic. Much of what liberals call “climate denialism” is really something more subtle — a clear-eyed awareness of what is happening combined with a willingness to turn the resulting crisis to advantage (the Russian government has been preparing to take advantage of retreating Arctic ice for years).

Facebook, the world’s premier conduit for misinformation, conspiracy theorizing, and propaganda, has with much self-congratulation created a climate information hub to go alongside its equally duplicitous COVID-19 hub; its leaders surely know the facts better than most, but their business model depends on the flow of falsehoods.

Facts do not create motives. If anything, more widespread climate knowledge could easily lead to climate despair rather than ambitious policy activism.

People need facts less than they need to know that their interests are at stake. It’s no use convincing someone of the underlying science if they haven’t been persuaded to embrace the morality and the solidarity needed to enact a better future.

The problem for anxious liberals in 2020 and beyond is that, however prestigious and powerful “science” may seem, it is not an unimpeded source of absolute truth, a source of political will, or a final authority on moral questions.

Those of us who want to redirect the course of the pandemic and the climate crisis will have to re-learn how to make moral and political arguments. To create a just and sustainable society, science can never be more than a means.

I, too, trust the scientists. But trusting is not enough.