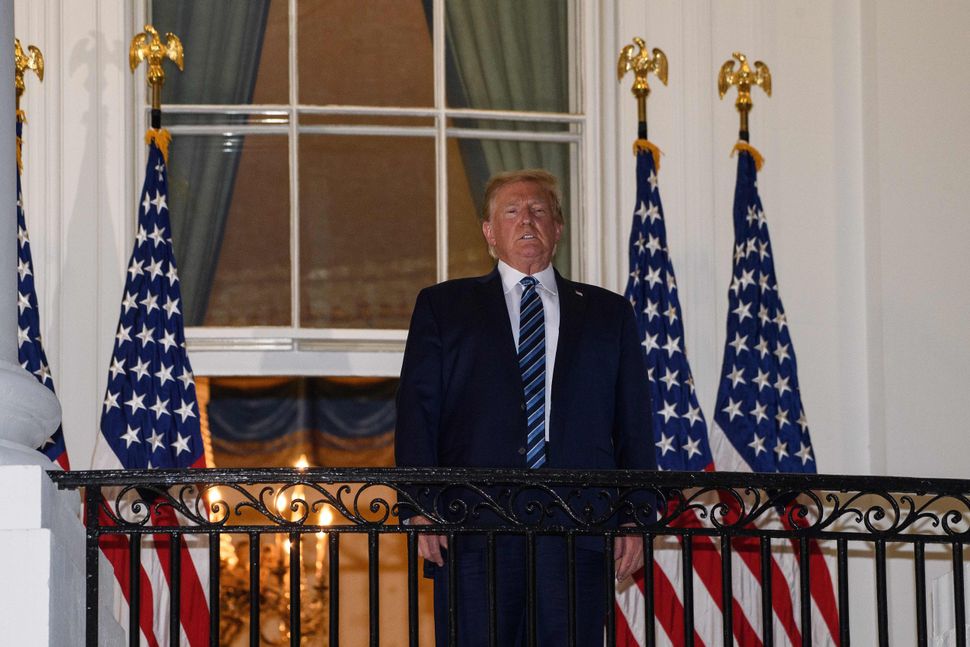 I have a simple message for Americans: Please don’t reelect Donald Trump.

But first, an apology: I am not an American. I am an Israeli, a Jew, a Zionist, a father and a grandfather. In my twenties, I spent six years in the U.S., studying, teaching and working, but I was born and grew up in Israel and lived here all my life. So who am I to advise Americans who to vote for?

The answer is very simple: Trump and his conduct are anathema to the values I always admired in America. More importantly, I live in Israel, which depends on the U.S., for its well-being and even survival. But perhaps what qualifies me most of all to implore Americans not to reelect President Trump is that I live in the country that supposedly benefited from his disastrous first term. And I can tell you plainly that we have not; Israel, too, needs to move on from Trump.

I have followed with shock the massive injuries that Donald Trump inflicted not only on the U.S., but also on the rest of the western world and, not least, Israel. I am mortified by the thought that America and the rest of the world may have to suffer four more years of his disastrous reign.

His injuries to the world require some context. The post war era, particularly after the end of the cold war, will probably be regarded by historians as the true golden age of human history. Relative peace, major advances in science, technology and medicine, increased life expectancy, literacy, quality of life, travel, GDP per capita, and exploding culture and arts.

Of course, there were also significant problems, which require serious correction efforts, primarily climate change and the corrosive growing income gap. But these are not beyond human capacity.

The U.S. was the main engine and by far the main beneficiary of the post war order, whose massive benefits were achieved by a joint effort of western democracies in North America, Europe and parts of Asia, all committed to democracy, the rule of law and moral, cultural, and political respect for individual liberty and growth. The post war order was based on three major cornerstones: free trade to create wealth, international law and security arrangements to prevent non-democratic forces from disrupting the world order, and, equally important, the U.S. as its anchor, guarantor and main arbiter.

Trump battered every one of these essential ingredients. He canceled or simply ignored agreements to which the U.S. had committed — NAFTA, TPP, and the Paris Climate Accord. He violated WTO rules and disrupted trade and economic relations with important economic players like China Mexico and the EU and France. And he supported Brexit.

Trump’s presidency has been characterized by disdain for the rule of law, human rights, and the basic American values of respect, consideration, and empathy to all, particularly the weak. His scornful attitude to truth and science has made the U.S. one of the worst performers in the struggle against the COVID-19 plague and its economic consequences. His notable failures, on all these fronts, seriously hurt a series of important American interests, and shattered the global stature of the U.S.

The leaders of Germany, France, Russia, China and others confirm this in words and, more significantly, in deeds. After Trump, would you expect any responsible western leader to rely on the U.S. to assist in a case of aggression from Russia, China, North Korea or Iran?

And what about Israel, the country that supposedly benefited most from Trump?

Contrary to empty statements of Israeli Prime Minister Benjamin Netanyahu and several supporters of Israel in the U.S., Trump has seriously damaged Israel. He reinforced the extreme right wing, ultra-religious, nationalistic, messianic groups who wish to eliminate the two-states solution, the only path which would assure that Israel remains a Jewish democratic state. He jeopardized the future of Israel by proposing annexation of parts of the West Bank.

Jerusalem was, is, and will remain the capital of Israel. But moving the U.S. embassy to Jerusalem without any advancement towards a settlement of the Israeli-Palestinian conflict was a finger in the eye of the Palestinians and further damaged hopes for a settlement. (Trump later admitted he did it for his evangelical supporters) And by canceling the Iran nuclear agreement, Trump increased the risk that Israel (and the rest of the world) is facing from Iran.

So please, Americans, do yourselves, the rest of the world, and Israel, a favor: Don’t bring Trump back.

Shlomo Cohen is past president of the Israel Bar Association.