Call it by its name: The lesson for US Jews from the UK antisemitism debacle 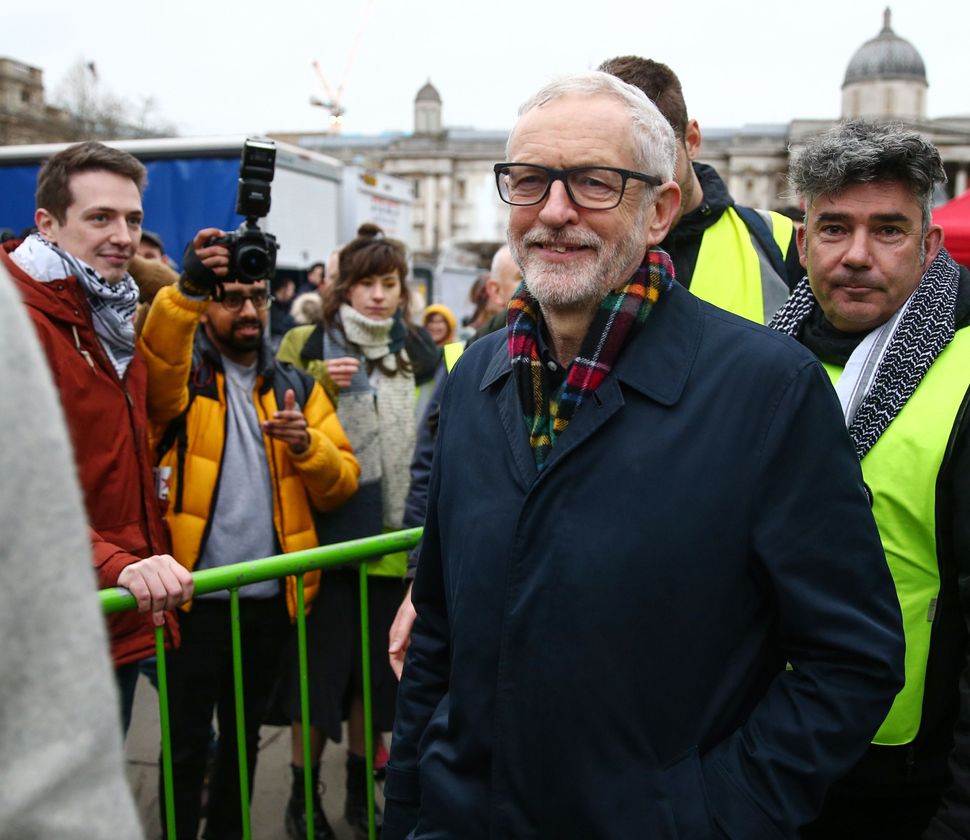 American Jews have a lot to learn from their British relatives. As the UK Labour Party antisemitism scandal came to a close this week, the lesson from across the pond was clear: If Jews call antisemitism by its name, others will follow their lead. If they do not, Jews will be left behind. History helps those who fight for themselves.

Thursday brought the welcome news that Jeremy Corbyn, the former Leader of the Opposition in Parliament, has been suspended from the UK Labour Party, following an independent audit by The Equality and Human Rights Commission into accusations of institutional antisemitism. The audit revealed illegal “harassment and discrimination” for which it found the Labour Party directly responsible. The report indicted “a culture within the party which, at best, did not do enough to prevent anti-Semitism and, at worst, could be seen to accept it.” It acknowledged that the cases of antisemitism uncovered were likely merely the “tip of the iceberg,” and recommended further investigation.

In the wake of this damning review, Corbyn, the man responsible for this culture of antisemitism, sought to shift blame. In a Facebook post, he maintained that “the scale of the problem was also dramatically overstated for political reasons by our opponents inside and outside the party, as well as by much of the media.”

I will strongly contest the political intervention to suspend me. I’ve made absolutely clear that those who deny there…

But though Corbyn is still unwilling to take responsibility for his role in spreading antisemitism, thankfully, the Labour Party stepped up with the news of his suspension on Thursday morning.

This step towards accountability was greeted with relief by many, especially British Jews long subjected to gaslighting over the subject of antisemitism. The news offers qualified hope that recovery is possible if three crucial factors are present: a unified Jewish voice that results in antisemitism’s political defeat, a commitment to uncovering the extent of the problem honestly, and the resolve to respond decisively to prevent future harm.

The problem in the case of Labour UK was grave. Under Corbyn, antisemitism had metastasized to levels unseen in a major Western political party since the Second World War, thanks in part to Corbyn’s own long affinity for the most extreme precincts of the anti-Jewish left. He attended a wreath laying at the grave of those who massacred Israelis at the 1972 Olympics, expressed common cause with Hamas, a fundamentalist terrorist group, and lent his imprimatur to a mural that depicted Jewish bankers playing Monopoly on the backs of naked and exploited workers. Famously, he remarked that “some Zionists don’t understand English irony.”

Both the Party he led and British Jews got the message. Polling conducted during Corbyn’s leadership paints a picture of just how dire things had gotten: Nearly nine in 10 British Jews believed Corbyn was personally antisemitic, and nearly one in two seriously considered leaving the country if he won the premiership.

This danger precipitated an unprecedented display of unity among British Jews, who spoke with one voice to warn their fellow citizens of the danger Corbyn posed and mobilized as never before to ensure that he would not be elected. While Labour’s defeat had a myriad of causes, one of them was surely the urgency of a minority community begging a nation not to ignore their plight.
Thankfully, Corbyn was utterly crushed in nationwide elections. In the wake of this defeat, former Director of Public Prosecution Keir Starmer took over Labour and pledged to conduct a full autopsy of what went wrong, immediately firing a shadow minister for endorsing antisemitism. The release of the EHRC report is the latest and most important step in this needed house cleaning.

It’s not all good news. Corbyn’s hateful flag has already been picked up by the Democratic Socialists of America, who tweeted “solidarity with @JeremyCorbyn. Thank you for always being a champion for the international working class,” indicating that the far left here and there share both Marx’s economics and his anti-Jewishness.

Still, there is reason for optimism. British Jews named the hate against them, and heroically rose to meet it, even though it had tainted the party that was the traditional home for their loyalties. When antisemitism was on the ballot, it lost badly. New leadership has emerged that sees that prejudice against Jews is not in the first instance a Jewish problem but corrupts everything it touches. Denial gave way to detailed analysis of what went wrong, and gaslighting yielded to a real gesture of regret and the promise to do better.

American Jews would do well to take careful notes. Corbynism might be relegated to England’s past, but it yet might be our future. And we are not ready for that fight, at least not yet.

Call it by its name: The lesson for US Jews from the UK antisemitism debacle