Of course Trump’s voters lie to pollsters. You call us all racists. 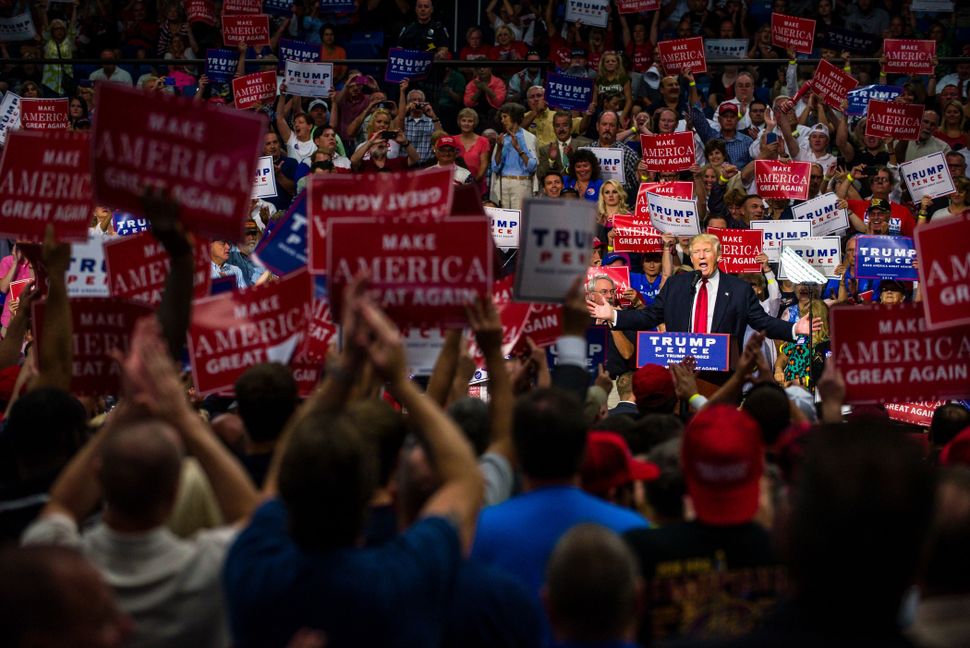 It was supposed to be a Biden blowout. That’s what the experts assured us. You remember those experts — the same ones who placed the probability of Hillary Clinton winning in 2016 in the upper 90 percentiles. For the past month, we’ve been assured by the mainstream media that all is well in the world because Joe Biden will trounce Trump, sending the president and everything he stands for packing.

By now it’s clear that this did not happen on election night. Biden may still win, but not by anything close to the margins that were filling our social media timelines. Once again, the pollsters got it wrong — terribly, terribly wrong.

We’re not final yet of course, but a look at how much Trump overperfomed the RCP averages in swing states:

This could end up being a much worse night for polling than 2016, which is pretty remarkable.

But the pollsters are getting a bad rap. After all, the reason they got the results so wrong isn’t because they are lazy or bad at their jobs. They got it wrong because American voters lied to them. Again. And the reason Americans lied to pollsters is because of the media.

The mainstream media spent the last four years vilifying Trump and anyone who voted for him as a racist. That anyone who voted for Trump is racist is the prevailing narrative of American media, which is filled with journalists who not only don’t understand Trump voters but have no desire to.

We are surrounded by racists.

Even on the eve of the election, the media wasn’t just willfully ignoring Trump voters; they were actively smearing them. And when it turned out that after all that, after four years of smearing their opponents as racist misogynists, Trump had improved his returns in every single demographic except white men, they turned on the electorate.

If Trump wins re-election, it’s on white people. No one else.

Is it any wonder that Trump voters are lying to pollsters?

I think Biden will win. I also think the problem in this election is not the polling industry getting it wrong, it’s the fact that this many Americans took a hard look at Trump and determined “yeah, I want four more years of that”

Anecdotal evidence backs up what we learned last night — that many of Trump’s voters wont admit to pollsters how they’re voting — and it helps explain why, too. The other day I was chatting with a friend living in a swing state. She is conservative, but she’s also been reticent about fully supporting the president because of his rhetoric. Last week, she told me she was still undecided. We spoke of other things, and an hour into our conversation, it came out that I had voted for Trump’s reelection. It was only then, a full hour after we began talking, that she shared with me that she had already cast her ballot for the president. Despite the fact that we are friends and that she knows I work in conservative media, it took a full hour of sympathetic conversation for her to admit how she voted.

Were she polled, she would have fallen in the undecided camp, when in reality, she had cast an early vote for President Trump and would not have felt comfortable sharing that fact with a stranger claiming to be a pollster on the other end.

We now know that my friend is not an exception but part of a large rule: Trump’s voters do not admit how they are voting. And the reason they don’t is because they know they’ll be smeared for it.

I, too, have experienced being smeared for my vote. Over the weekend, I was asked by the left-leaning Israeli paper Haaretz to write a piece explaining why I had changed my mind about Trump. In 2016, I was a Never Trumper. This time around, the president earned my vote. In the piece, I brought myself to the woodshed, calling my 2016 concerns about the ascendency of white supremacy “hyperbolic nonsense,” and explained why many Orthodox Jews (and many Floridian Jews) came to not just feel comfortable with the president but to support him.

The next day, Haaretz published a vicious, personal attack against me, accusing me of dual loyalties, comparing me to the Sodomites of the Bible, and accusing me (a mother of four young children) of “depraved indifference” to children.

It was one attack of many I and others who voted for Trump have endured. And the media wonders why they don’t understand Trump voters? They wonder why many Trump voters are reticent to openly state their support for the President?

Four years ago, there was a lot of chest-beating on the part of the media and pollsters who realized how little they understood huge portions of American voters. And yet, it quickly dissipated. Instead of spending these past four years trying to make up the gap, they dove deep into the fire swamp of conspiracies about Russian collusion and White Supremacy. And here we are, four years later, and they still don’t understand where it all went wrong.

Fool me once, shame on you, fool me twice, shame on me. This time around, let’s not even pretend that they’ll try, especially if Biden ekes out a victory.

Of course Trump’s voters lie to pollsters. You call us all racists.