I work with bereaved Israelis and Palestinians. Here’s what I’ve learned about toxic polarization. 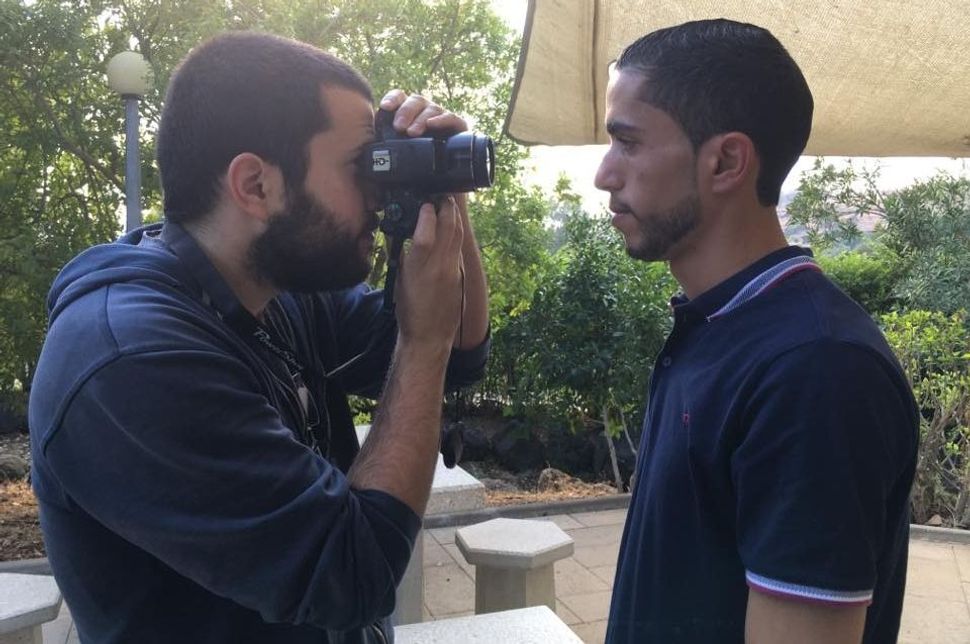 We had barely finished exhaling our collective sigh of election victory relief when it seemed like our shouts of joy turned into shock and disbelief that 70 million people could have voted for President Trump. How could they?

Many voiced their certainty that those 70 million voters must lack values, humanity and decency. In a group text that echoed what many on social media were expressing, many members of my progressive bubble went so far as to cast off the other 70 million people as supporters of racism, toxic masculinity and the hoax of coronavirus.

Having spent the better part of the last 15 years working with Israelis and Palestinians, I know all too well the toxic power of the dismissal of the “other.” I work with bereaved Israelis and Palestinian for peace. I know firsthand how two enemy groups in an ongoing conflict can drive a destructive wedge between each other that is more powerful than any disease, a socially-engineered virus that obliterates all capacity for empathy for the “other.”

But there is a cure: Through reconciliation activities between Israelis and Palestinians, it has become clear that when we actually listen to each other’s narratives, we begin to learn. Over time, that new awareness can grow into shared respect, and even empathy.

This amazing transformation is actually not that amazing; we simply learn that we are more alike than we thought.

As my colleague, Yuval Rahamim, a bereaved Israeli and co-director of the Parents Circle Families Forum, explained it to me aptly: “It is always true that the divide gets fueled by a deep belief that our being, values, identity and future are threatened by the other side. Our own fears can all be dissolved by simply listening to the other side’s fears. Actual solutions and collaboration will soon emerge.”

This “us” vs. “them” rhetoric and outlook is more toxic than the actual opinions and values of the opposing sides. It’s something that the democracy and reconciliation organization, Beyond Conflict, found in their recent study “America’s Divided Mind.” The study assessed the psychological factors that fuel polarization, and what it discovered was that polarization was fueling dehumanizing conflict, rather than the other way around. “Americans incorrectly believe that members of the other party dehumanize, dislike, and disagree with them about twice as much as they actually do,” the study found. “In short, we believe we’re more polarized than we really are — and that misperception can drive us even further apart.”

It’s a stunning discovery: The U.S. is not as divided as it seems. Americans are in fact ideologically closer to one another than anyone thinks. Leaders on both sides tend to exaggerate the disagreement on critical issues. And it’s having a disastrous effect on our body politic. “It is clear that untruths about the intentions and beliefs of political parties may be undermining our democracy,” the Beyond Conflict study argued.

My social, professional and political bubbles continue to talk about the work ahead. Biden won the election, but we must work tirelessly to win the two senate runoff races in Georgia and gain control of the Senate. No doubt this is critical. Yet no less holy are the efforts which rest in our ability to humanize, to acknowledge, to exercise our empathy muscles in order to squeeze our divided nation back together.

The “other” has values, beliefs and priorities that are not mutually exclusive from “ours.” In fact, they are much closer to ours than we ever imagined.

If bereaved Israelis and Palestinians can choose to reconcile, surely Democrats and Republicans can.

How? Stay curious. Burst bubbles. Engage in dialogue. Be mindful of toxic language.

And fight for Georgia’s Senatorial races like our democracy depends on it. Because it does.

Shiri Ourian is the Executive Director of the [American Friends of the Parents Circle(www.parentscirclefriends.org) which works to raise support for and amplify the messages of more than 600 bereaved Isareli and Palestinian families who have paid the highest price to the conflict and choose a path of reconciliation rather than revenge.

I work with bereaved Israelis and Palestinians. Here’s what I’ve learned about toxic polarization.