How a new Iran Deal could restore bipartisanship in Washington 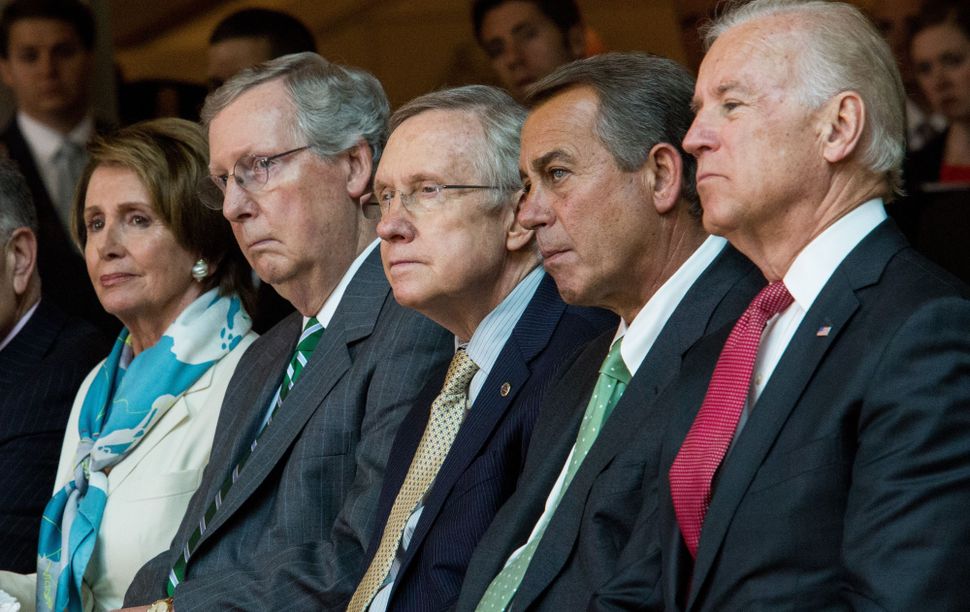 Last weekend, Israeli Prime Minister Benjamin Netanyahu and Director of Mossad Yossi Cohen reportedly flew to Saudi Arabia to meet with Crown Prince Mohammed bin Salman, known as MBS. Together, they purportedly discussed how to deal with Iran as well as the issue of normalization in the wake of an incoming Biden Administration. Both leaders likely expect that Biden’s Middle East policies will more closely resemble those of the Obama Administration. Netanyahu and MBS also know that when it comes to Middle East strategy, managing the Iranian nuclear issue will be at the top of the new administration’s agenda.

For Biden, the Iranian nuclear issue presents an opportunity to rebuild bipartisan policymaking in Washington. Even in this hyper-partisan era, one of the last remaining shared viewpoints between Democrats and Republicans is that both agree that a nuclear-armed Iran would pose a significant threat to the United States and its allies, especially Israel. This common ground offers President-elect Biden the chance to test his theory that re-forging bipartisanship is not only possible, but necessary for America to resume its global leadership role.

But to do so, the first thing President-elect Biden must recognize is that there is little to no appetite in both Washington and among America’s Middle Eastern allies to see a return to the original terms of the Joint Comprehensive Plan of Action. Prime Minister Netanyahu recently declared that “there can be no going back to the previous [Iranian] nuclear agreement.” Closer to home, Sen. Chris Coons of Delaware told Reuters last Friday that he would only support a return to the JCPOA if there was “some clear path” towards addressing Tehran’s missile program and its support for proxies.

Coons’ commentary touches on two of the core issues with the JCPOA: It was laser focused on the nuclear problem and ignored Iranian proliferation of ballistic and cruise missiles, and it did nothing to mitigate Iran’s destabilizing regional activities through proxies like Lebanese Hezbollah and other Shiite militias. Moreover, the agreement contained sunset provisions that enabled Iran to produce enough fissile material for a nuclear capability within 10-15 years.

While it is highly unfeasible to change Iran’s entire raison d’être by the stroke of a pen, the next agreement does not need to be as flawed as the JCPOA. At a minimum, instead of sunset clauses, there should be built-in mechanisms that allow for follow-up agreements that extend Tehran’s nuclear breakout time. Right now, it is believed that Tehran’s breakout time is just three and a half months and that it has enough low-enriched uranium to produce two nuclear bombs within six months.

Iran also possesses more ballistic missiles than any other Middle Eastern country, not to mention nuclear-capable cruise missiles. In a new deal, production and testing of ballistic and cruise missiles should prohibited, or at the very least limited, perhaps by adopting (and extending to cruise missiles) some of the language found in UN Security Council Resolution 1929 that “Iran shall not undertake any activity related to ballistic missiles capable of delivering nuclear weapons, including launches using ballistic missile technology, and that States shall take all necessary measures to prevent the transfer of technology or technical assistance to Iran related to such activities.”

Should Biden pursue such measures, he would not be alone. The notion that a new deal should be broadened in scope is shared by Germany’s Foreign Minister Heiko Maas, who remarked earlier this month that Berlin hopes that the Biden Administration will work alongside its European allies “to develop this treaty in such a way that other issues can be included.”

Though perhaps unintended, Maas’s particular choice of word — treaty — actually hit the nail on the head with regard to a possible way forward to ensure that this subsequent nuclear accord does not suffer the same fate as its predecessor. As treaties require a two-third majority vote in the U.S. Senate, securing bipartisan support is essential and would go a long way to making it more politically costly for a subsequent American president to exit this new deal which had received significant support from their own party.

Achieving a treaty or any new nuclear agreement for that matter will prove challenging following the Trump Administration’s reckless decision to withdraw from the JCPOA in May 2018. That announcement unraveled the “very good discussions” Brian Hook — former U.S. Special Representative for Iran — had had with his European counterparts on the subject of eliminating the much-maligned “sunset clauses.” It also fatally undermined the diplomatic progress being made with Europe at the time on the possibility of imposing additional sanctions on Iran over its ballistic missile program and activities in Syria.

President-elect Biden has made it clear that he views Iran as a “destabilizing actor in the Middle East [which] must never be allowed to develop a nuclear weapon.” He has stated that he would re-enter the JCPOA only if Iran returns to “strict compliance” with its existing nuclear obligations and that the agreement should be viewed as the “starting point… to extend [its] nuclear constraints.”

To ensure that this happens, Jerusalem, Riyadh, Abu Dhabi, and Manama should be given a seat at the negotiating table from the get-go. This is crucial for correcting another of the original JCPOA’s key failings: that it lacked support from Iran’s immediate neighbors who have borne the brunt of Tehran’s belligerent undertakings across the Middle East.

With a blessing from both Israel and our Gulf partners, a treaty that effectively curbs Iran’s nuclear ambitions as well as its missile capabilities, would pave the way for a safer Middle East and more secure world.

Harry Hoshovsky and Blake Fleisher have over a decade of combined experience writing on diverse U.S. foreign policy and national security issues. Their previous analytical commentary has appeared respectively in The Wall Street Journal, The National Interest, The Jerusalem Post, Defense News, RealClearDefense, and The Hill. The views expressed here are their own.

How a new Iran Deal could restore bipartisanship in Washington