To reestablish trust in America, Biden must start with Israel. 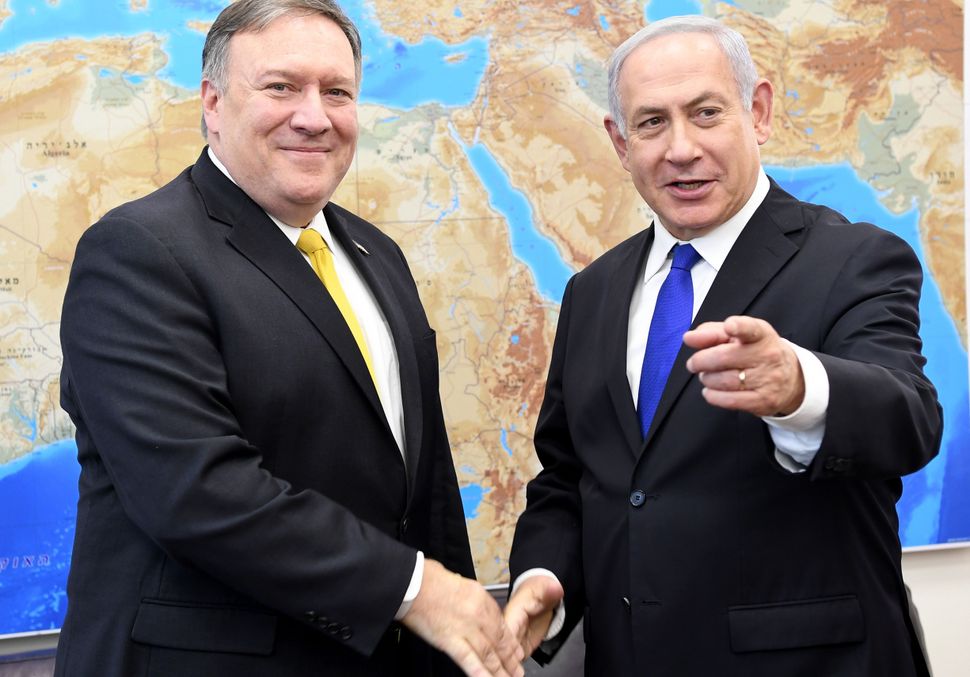 On Thursday, the US State Department announced that it will allow products made in Area C of the West Bank — the section of the territory which is entirely governed by Israel under the interim Oslo Accords — to be labeled “Made in Israel” upon entry to the United States. The State Department said the decision stemmed from a “reality-based foreign policy approach,” and came on the same day Secretary of State Mike Pompeo broke decades of diplomatic protocol by visiting a West Bank settlement.

It’s hard to be shocked by the Trump administration’s willingness to smash decades-old American and international norms, especially when it comes to Israel and its settlements in the occupied West Bank. Indeed, few people were actually surprised by the announcement. But it nonetheless represents another layer of policy distortion which must be undone by the incoming administration of President-elect Joe Biden.

However, unlike reversing other Trump administration policies, doing so here will likely involve a painful confrontation with an ally and its domestic supporters, including quite a few in the Democratic Party. The extent to which Biden withdraws some of the gifts granted to Israel during the Trump years, bestowed at the expense of American credibility, will test how serious he is about restoring America’s leadership role in the world.

The inescapable truth is that President-elect Biden will not be able to reestablish trust in U.S. intentions and leadership if he keeps the policies of his norm-smashing predecessor. These include norms that were smashed to benefit Israel.

The Trump administration’s friendly view of Israel’s activities in the occupied territories, from outright recognizing Israeli sovereignty in the Golan Heights, to setting aside the State Department’s traditional view of settlements as not legal under international law, to the Trump Plan’s support for annexation, to the announcement on Thursday, is not consistent with the American position on similar matters around the world, and is opposed by the rest of the international community. It is difficult to imagine the State Department regarding products originating in Crimea as being made in Russia, even though Russian control of the territory is the “reality” of the situation today.

I do not doubt that Biden understands the U.S. can’t promote the principles of the post-Second World War order in one part of the world while legitimizing “might makes right” in another. But the Israeli-Palestinian conflict is set to play a much smaller part of this administration’s foreign policy, which will be dominated by dealing with the pandemic and meeting the challenge a rising and revisionist China poses to the free world. There will be sensible-sounding arguments for not creating “daylight” between the U.S. and Israel with so much else on the agenda. Faced with the inevitable prospect of denunciations from pro-Israel groups and some senior members of his own party, a rational actor may conclude that its best to put these issues aside.

This would be a mistake, a shortsighted political judgment that will undermine America’s standing to marshal partners to defend a rules-based international system under a cynical and sustained assault by Moscow and Beijing.

In demonstrating to the world the value of America’s global role, Washington can do nothing worse than establish a naked double standard for its allies. This does not mean the U.S.-Israel relationship itself undermines America’s image; it absolutely does not. But Israel’s settlement project does run counter to the values we wish to project, and serves no discernible American national security interest that would justify the Trump administration’s unprecedented actions.

President-elect Biden has several tough decisions to make here and should approach the situation with care. He is right not to reverse the decision on moving the U.S. Embassy to Jerusalem, as doing so would instigate an unnecessary confrontation. After all, the December 2017 announcement did not preclude a Palestinian capital in East Jerusalem.

But on matters in which the U.S. legitimized activity in occupied territory that is widely viewed as illegal, a Biden administration must be willing to disappoint Israel. The West Bank, East Jerusalem, and the Golan Heights are occupied territory. The U.S. will not pressure Israel to withdraw from any of them, especially the Golan. But it can’t simply rewrite the rules for Israel.

If Israel appreciates the role a strong, respected, and credible America could play in the world, it won’t make a particularly big deal over returning to the pre-Trump status quo in some areas. Unfortunately, domestic politics in both the U.S. and Israel may find a way to throw pragmatism and good strategic judgment to the wind.

To reestablish trust in America, Biden must start with Israel.