Biden’s living in the past. That’s a good thing. 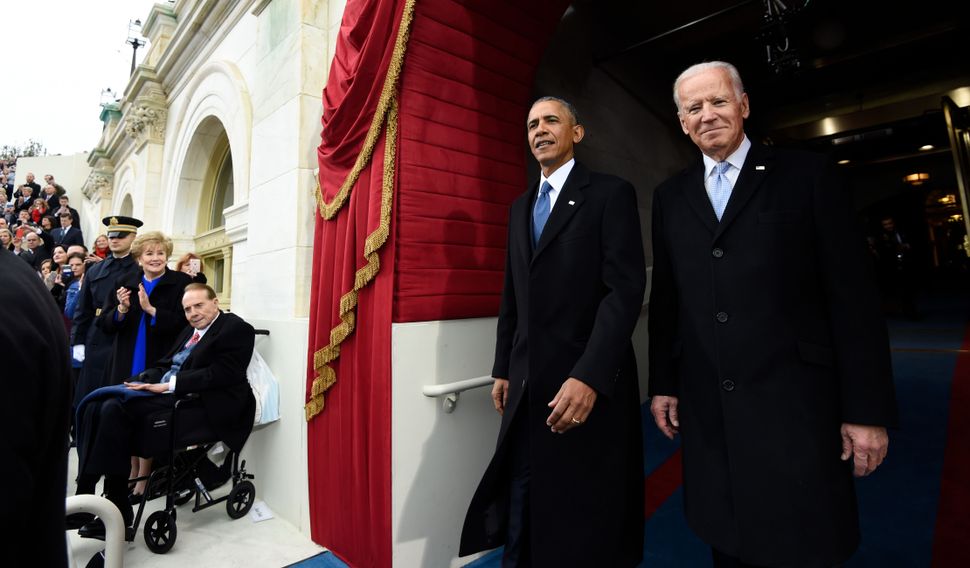 In an America supposedly polarized to the point of overwrought civil war references, President-Elect Joseph Robinette Biden Jr. is terribly out of sync. Throughout the primary and general campaigns and through Saturday’s night victory speech, the former two-term Vice President and 36-year veteran of the U.S. Senate spoke of restoring bipartisanship and civility.

“To make progress, we must stop treating our opponents as our enemy. We are not enemies. We are Americans,” he said on Saturday.

In a new book about Biden, the New Yorker magazine writer Evan Osnos calls this appeal the “liberal meliorism” of the Obama era, which “emphasized realism, coalition-building and practical politics” as opposed to talk of “revolution.”

A furtive glance at America’s politics of the last decade or more provides ample reason to doubt Biden’s aspirations to national unity. Indeed, if there has been any part of Biden’s successful campaign for the presidency that has angered progressives the most it has been relentless peans to the day of comity in the Senate, which are viewed as dangerously naive at best. Biden has gotten into the most trouble recalling how he found common ground with segregationist legislators like James Eastland and Strom Thurmond.

As someone who came of political age during the Obama-Biden presidency, I share the skepticism of progressives. Many valuable months were wasted negotiating with Republicans on health care reform when their intentions to deny the Obama administration any significant domestic policy accomplishment were clear. The desire to reach a bipartisan 60 Senate votes on the 2009 stimulus package weakened the bill’s impact and contributed to persistently high unemployment rates through the disastrous 2010 midterm elections.

But if cross-party cooperation has failed, American voters have decided not to remedy the situation by delivering a clear victory to either party. While Biden handily won the presidential race, Democrats struggled to win back control of the Senate and even lost several seats in the House of Representatives, where they retained a narrow majority. Cooperation and compromise may not be possible, but the moment requires a leader who believes it is still possible. Thank goodness, then, Democrats nominated and the American people subsequently chose Joe Biden.

Unlike some of the more ideological candidates for the Democratic nomination, Biden is best set to quickly move on from the disappointments of the moment. Most of the ambitious legislative agenda of the party’s progressive wing, partly adopted the Biden campaign, will be impossible to enact in a Republican-controlled Congress. Even if Democrats win both runoffs in Georgia come January, they would have the barest of majorities, a 50/50 tie broken by the Vice President which amounts to a knife’s edge scenario. As the Israeli columnist Yossi Verter once pointed out, in this kind of situation, “every bastard is a king.” Expanding the number of seats on the Supreme Court, for instance, is clearly dead on arrival and not a moment should be wasted on it.

The top domestic priority for the incoming Biden administration is obviously responding to the coronavirus pandemic. A close second is economic relief for Americans who have suffered through nearly nine months of this pandemic. And here Biden is once again an excellent choice to lead the Democratic side. On the executive level, there are still hundreds of billions of dollars waiting to be spent from the CARES Act passed in March. The former Vice President’s experience in implementing the Obama administration’s stimulus will be invaluable.

But more spending is needed, including aid for state and local governments that have seen their tax revenues dry up. The urge for Republicans to temporarily revert to Reaganism and insist on unadvisable austerity through the midterm elections, as they did after Obama took office, will be powerful. Biden must use the bully pulpit to impress upon Republicans the importance of rebuilding the economy for their own constituencies.

If the GOP is seriously considering becoming the party of working class Americans, as Senator Josh Hawley intimated on election night, this son of working class Scranton and Wilmington can try to push the process along to the benefit of all Americans.

Much has also been said of President-Elect Biden’s longstanding relationship with the Republican leader in the Senate, Mitch McConnell. McConnell is reviled not only by the left but across the Democratic Party, where he is seen as a power-hungry opportunist when Republicans hold the White House and a tooth-and-nail obstructionist when a Democrat occupies the highest office. Progressives fault Biden for being too willing to compromise, especially in negotiations that led to the Budget Control Act of 2011.

But times are different now and Biden’s negotiations with McConnell are less likely to result in such counterproductive policy. Unlike a decade ago, no serious economist or institution is suggesting that cutting deficits and debt be the priority. The International Monetary Fund, once a leading advocate of fiscal discipline above all, is now recommending deficit spending. If Republicans want to stand virtually alone in the world in opposing a large economic recovery package, they will need to rely on dubious characters to make the case. All while everyday Americans suffer. Once again, Biden’s use of the bully pulpit could prove decisive.

Success, of course, is not guaranteed. Any Democratic president would be in a stronger position with a relatively pliant Congress. But that isn’t the reality we face after last week’s election. In our world, Joe Biden may just be the imperfect Democrat to meet this imperfect moment.

Biden’s living in the past. That’s a good thing.