Editorial | Biden’s victory is good for all Jews 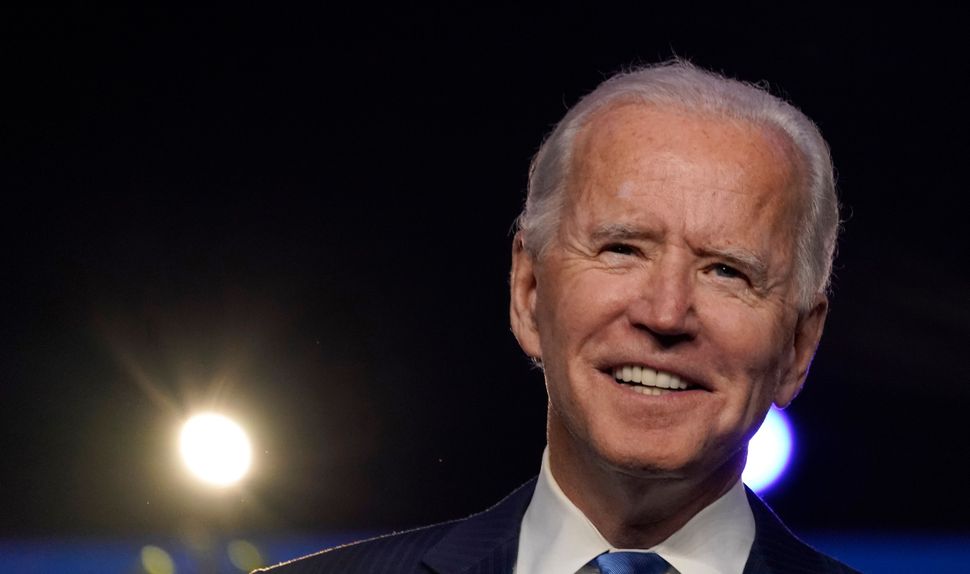 The most important thing Joe Biden said or did during this campaign was talk about what got him into it: Charlottesville.

“It was a wake-up call for us as a country,” Biden said as he accepted the Democratic presidential nomination this summer, as well as a personal call to action. “My father taught us that silence was complicity. And I could not remain silent or complicit.”

He was talking, of course, about the disgusting 2017 “Unite the Right” rally in which white-supremacists carried KKK-like torches through a field while chanting the antisemitic trope “you will not replace us” — some, even more bluntly, “Jews will not replace us.” He was talking about President Donald Trump’s stunningly offensive reaction, even after a man killed a 32-year-old woman by ramming his car into a crowd of counter-protesters, that there were “very fine people on both sides.”

“That is not who we are,” Biden told Jewish leaders in September, on a pre-high holiday phone call. Amen.

In his victory speech Saturday night, Biden spoke clearly about who we need to be. “Let this grim era of demonization in American begin to end here and now,” he exhorted. Describing the “battle for the soul of America” as one between “our better angels and our darkest impulses,” Biden said “it’s time for our better angels to prevail.” He also noted: “What presidents say in this battle matters.”

Indeed. President Trump may not have created new divisions in America, or among American Jews, but in every rally and almost ever Tweet he highlighted them — and heightened them. He exploited them for personal advantage. It was bad for the country, and bad for the Jews.

There are genuine political splits among our communities on genuine political issues: how to balance our Zionism against our concern for human rights, where the proper line is between religion and state, whether the Iran nuclear deal is sound. Different Jewish leaders have profoundly different notions of how Jewish values should inform policies on abortion, gun control, climate change, tax cuts, health care, education, immigration and more.

Trump did not invent any of these phenomenons, but they have all gotten materially, fundamentally worse during his era. Arguing about whether antisemitism is more troublesome from the right or left is a distraction from very real and very serious problems: synagogues getting shot up, campuses vandalized with swastikas and Jews openly stereotyped on social media. Trump either paid lip service to these cancers or stoked them with dog-whistles and worse.

Biden is not going to have an easy time putting these genies back into their bottles, especially amid a spiraling pandemic and deep economic depression.

Hate is a very powerful force. He is an elderly white man, an old-school politician, not the most inspiring of speakers (though he did well Saturday night). Though he currently enjoys a lead of 4 million in the popular vote and may yet top 300 electoral votes, the bitterness of the campaign and the bitingly close results in numerous states does not give him a clear mandate.

The next weeks and months will be critical in terms of what he says and who he chooses to surround himself with. Biden has promised to appoint the most diverse cabinet ever — that should be generational as well as racial, and should include Republicans.

It is no small thing that elected alongside him is the first woman and first person of color to become Vice President of the United States, who celebrated this year’s 100th anniversary of women’s suffrage by wearing a stunning white pantsuit on stage Saturday night.

V.P.-elect Kamala “Momala” Harris and her husband, Doug Emhoff, will also be the first Jewish family to live in the Naval Observatory, a model for mixed-race and mixed-faith people everywhere.

It was as though she was speaking directly to my purple-haired daughter on Saturday night when Harris urged us “to see what can be — unburdened by what has been.”

“Dream with ambition, lead with conviction, and see yourselves as others may not simply bc they may not have seen it before,” she said. Amen.

My family and I were watching a friend’s Zoom-Mitzvah when the news broke late Saturday morning that Pennsylvania, Biden’s birthplace, had put him over the top. We live in an overwhelmingly liberal town, and car-honking celebrations immediately erupted in the streets.

It was unseasonably gorgeous weather, and when we went outside, there were spontaneous parades and people clanging pots on street corners. I saw a small child in footie pajamas twirling a huge American flag on his front lawn. My sister told me later that stores in Washington, D.C., and Philadelphia had sold out of Champagne.

In other neighborhoods, I know, there was mourning and protests. On television, I watched divided crowds in front of the White House and the Pennsylvania capital.

President-elect Biden spoke to those people, too, on Saturday, saying he understood the disappointment — “I’ve lost a couple times.”

“It’s time to put away the harsh rhetoric, lower the temperature, see each other again, listen to each other again,” Biden said in a speech where he repeatedly referred to his constituents as “folks.”

“We have to stop treating our opponents as our enemies,” he added. “They are not our enemies, they are Americans.” Amen again.

I know that a quarter to a third of American Jews voted for the other guy. Another sizable chunk of our community would have preferred a more progressive Democrat. But Biden’s election is good for the Jews — good for all Jews.

We don’t have to all agree on who should be president, or on any particular policy. But we can agree that, as Biden’s first statement upon being declared the victor put it, “it’s time for America to unite” against antisemitism and other forms of hate. We should agree, as Jews and as Americans, that it is time to “put away the harsh rhetoric.”

We must agree that there were not very fine people on both sides in Charlottesville. We agree, as Biden told us before the holidays, that “that is not who we are.”

On Saturday night, Biden quoted Ecclesiastes — or, as we call it, Kohelet, which we traditionally read on Sukkot. The Bible tells us there is a season for everything, he noted, adding: “This is the time to heal in America.”

Editorial | Biden’s victory is good for all Jews