White Supremacists Have A New Slogan: ‘You Will Not Replace Us’ 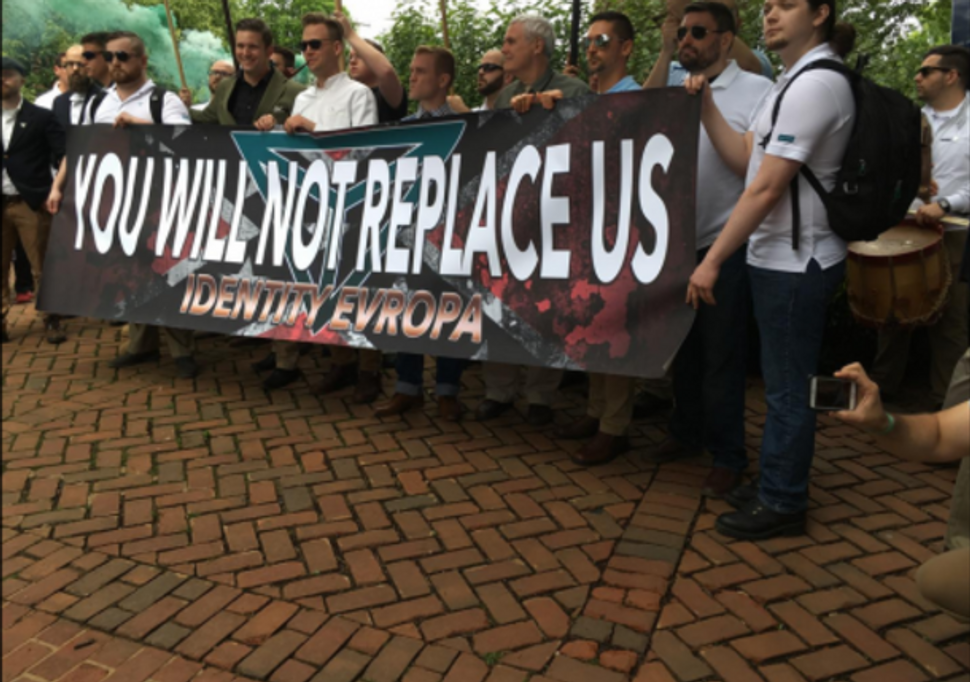 White nationalists have a new slogan: “You Will Not Replace Us.”

It’s become a rallying cry at events and a catchphrase on fliers posted at universities, according to a blog post from the Anti-Defamation League.

“The slogan speaks to a number of issues that white supremacists are preoccupied with — the preservation of the white race and white cultural history, and their fear that whites will become a powerless minority in the face of changing demographics,” the ADL wrote.

Identity Evropa members made an appearance at the Confederate Memorial at Lake Eola in Orlando, Florida. pic.twitter.com/qLjq89K7UZ

The new “You will not replace us” motto appears to have been popularized by members Identity Evropa, a group which describes themselves as “awakened Europeans,” white nationalists or “Identitarians.” The ADL describes Identity Evropea as “a white supremacist, alt right group.” Identity Evropa was founded by a man named Nathan Damigo.

“The term reflects the primary white supremacist worldview that unless immediate action is taken, the white race is doomed to extinction by an alleged ‘rising tide of color,’” the ADL wrote, “purportedly controlled and manipulated by Jews.”

White Supremacists Have A New Slogan: ‘You Will Not Replace Us’