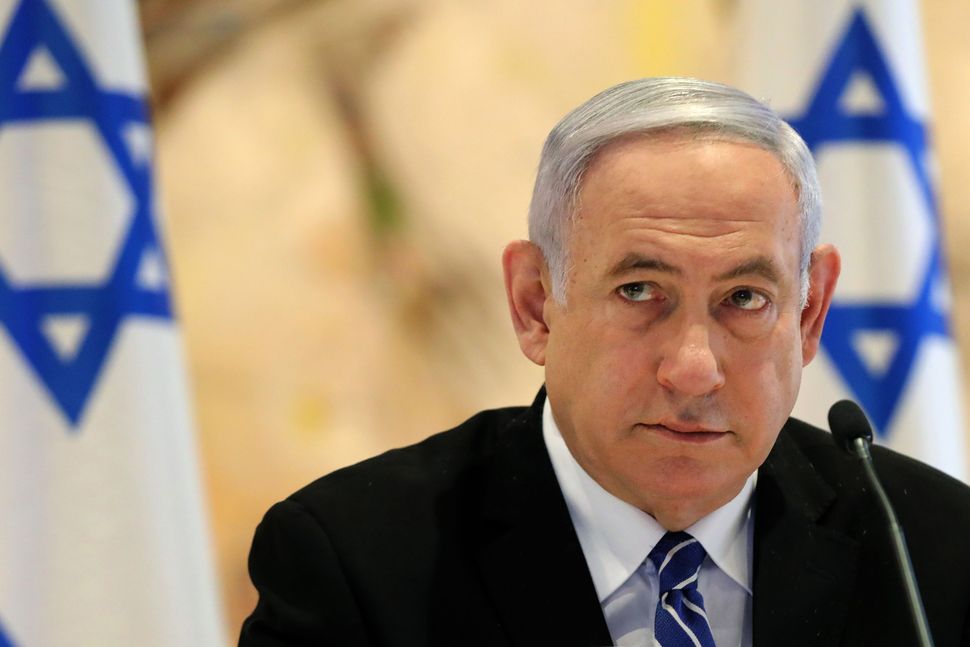 It is not exactly a secret that both the Israeli and Saudi governments would have strongly preferred a second term for President Donald Trump. Israel was thoroughly enamored with Trump, who, assuming the December 14 Electoral College vote confirms Joe Biden’s presumptive victory, will leave behind a legacy as the most unquestionably pro-Israel American leader in the history of modern Zionism.

For its part, Saudi Arabia was the first overseas destination for President Trump in 2017, and his warm embrace of the Kingdom — symbolized by Jared Kushner’s famous chumminess with precocious Saudi Crown Prince Mohammed bin Salman — formed a pivotal part of his administration’s Iranian containment efforts.

When Biden takes office, he will do so in a Middle East of Trump’s creating — a post-Abraham Accords realpolitik-driven Middle East that has finally rejected the long-debilitating “Palestinian veto.”

This is the context in which to view Israeli Prime Minister Benjamin Netanyahu’s clandestine trip to the Kingdom, flanked by Mossad Director Yossi Cohen, to meet with MBS, as bin Salman is known. According to reports, the rendezvous, the first known meeting between the two camera-friendly leaders, took place Sunday evening in a remote corner of northwest Saudi Arabia.

Trump and Netanyahu would undoubtedly prefer that the Kingdom — the symbolic, historical and geographic epicenter of the Sunni Arab world — follow the lead of the United Arab Emirates, Bahrain, and Sudan in fully normalizing diplomatic, economic, and cultural ties with the Jewish state. To be sure, such a formal normalization does not seem terribly far off; the Kingdom has not condemned the Abraham Accords, and its official governmental press release following Trump’s January unveiling of his plan for Israeli-Palestinian peace was very positive.

It’s difficult to overemphasize just how dynamic and transformative a formal Israeli-Saudi normalization agreement would be. But the Netanyahu-MBS meeting, and the leak of that meeting by both Israeli and Saudi sources, sends a powerful message to the Iranian regime.

The mullahs are licking their chops at the prospect of a new Democratic president. They must be doubly pleased that he is committed to reconstituting the band that sold the farm to the world’s number one state sponsor of jihad during the previous Democratic administration.

By following up on the historical Abraham Accords with this first-ever Netanyahu-MBS summit, Israel and Saudi Arabia are telegraphing to Iran that they will not be browbeaten or subdued, no matter what kind of misguided nuclear accord the next U.S. president may (or may not) sign with Tehran.

Moreover, if reports are correct that Secretary of State Mike Pompeo helped arrange the meeting, Israel and Saudi Arabia would be justified in interpreting such a gesture as a sign that Biden’s impending Republican domestic opposition will oppose any pro-Iran Middle East realignment — much like the John Boehner-led House did when it hosted Netanyahu’s anti-JCPOA speech in March 2015, over the Obama administration’s protestations.

Whether wittingly or unwittingly, Pompeo has laid the groundwork for the continuance of a domestic U.S. push to carry on the Trump-Netanyahu legwork, if in a “rump” form of sorts.

Foes of the Iranian regime’s menacing tentacles and nefarious influences ought to take solace in the meeting. Even if presumptive President-elect Biden does emulate his former boss and attempt to realign American regional interest away from Israel and the Sunni Gulf states and back toward Iran, Netanyahu and bin Salman have now taken an additional step toward solidifying their burgeoning tactical alliance.

The need to contain, thwart, and roll back Iranian hegemony is the nonpareil Middle East issue confronting the West, and we are all better off for Bibi and MBS signaling that they agree about the existential stakes — so much so that they are willing to elevate the urgent need for coordination in the here and now, even if some thorny issues remain standing in the path of long-term normalization.

In an ideal world, the Biden team would soberly consider such data points as the fact that Netanyahu and MBS felt compelled to meet in such fashion, and reassess its frothing desire to appease Iran’s terrorist mullocracy at any and all cost.

But in the real world, which is the only world the Middle East knows, the best we can likely hope for is fortifying the strongest counter-Iranian tactical alliance possible. Kudos to Bibi and MBS for living in that real world, and acting accordingly.