Yes, Palestinians have the right to speak about antisemitism 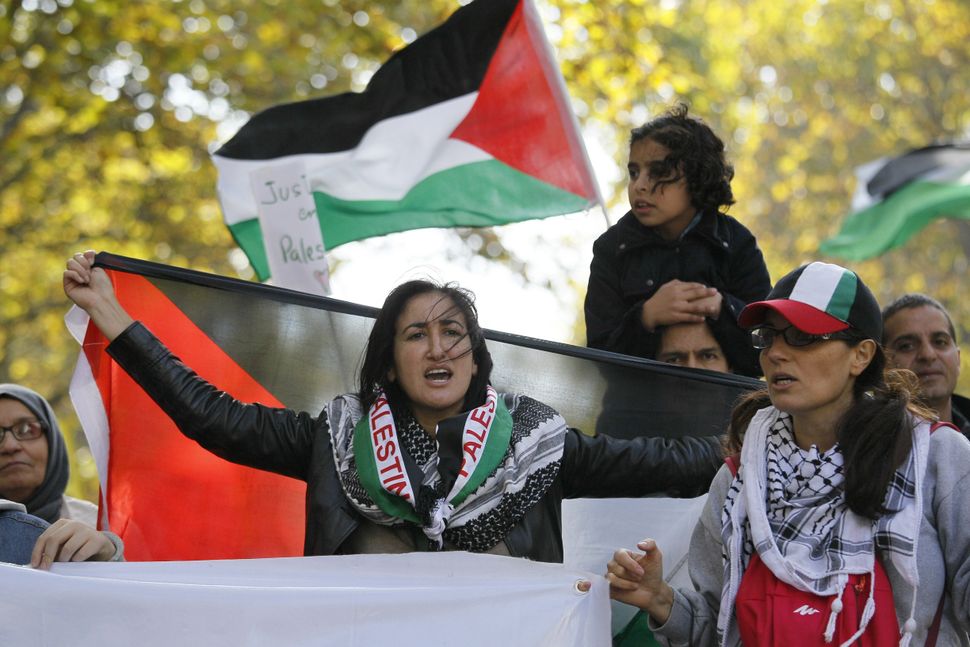 Earlier this week, a group of 122 prominent Palestinian and Arab scholars and intellectuals signed a petition about antisemitism. In it, they took on the question of whether anti-Zionism is inherently antisemitic, taking aim at the definition of antisemitism used by the International Holocaust Remembrance Alliance. Among other things, the IHRA working definition holds that “denying the Jewish people their right to self-determination” is antisemitic, a proposition which, the letter writers argue, leads to the suppression of Palestinian rights. “The suppression of Palestinian rights in the IHRA definition betrays an attitude upholding Jewish privilege in Palestine instead of Jewish rights, and Jewish supremacy over Palestinians instead of Jewish safety,” they argue.

No doubt, many in the Jewish community will dismiss a group of Palestinian intellectuals as unqualified to weigh in on antisemitism. After all, they are not its primary targets or victims, so what gives them the right to express their views on such a sensitive issue?

But Palestinians and their supporters are deeply implicated in the swirling controversy over antisemitism and anti-Zionism, for it is their criticism of Israel at which the formulators of new definitions of antisemitism take aim. The equation of opposition to Israel with antisemitism is actively — and often opportunistically — advanced by American politicians at national and state levels in order to target Palestinian activists, including President Trump and Secretary of State Mike Pompeo, who has consistently focused on the BDS movement as undeniably antisemitic.

In this regard, Palestinians have standing to be heard on the subject of antisemitism.

The 122 petitioners begin by making clear that “no expression of hatred for Jews as Jews should be tolerated anywhere in the world.” Nor, they declare, can Holocaust denial, which has reared its head in the Palestinian world (including, infamously, in Mahmoud Abbas’ dissertation), be tolerated.

Where they depart from the discourse on antisemitism as formulated by the IHRA is on Zionism and Israel. The scholars argue against the identification of all Jews with the Zionist project. This is, as an empirical matter, true, especially if we focus on the population of Haredim who have traditionally been opposed to or agnostic about Zionism, though that is weakening over time.

Still, it is reasonable to assume that a majority of Jews in the world, including in the U.S., have a strong and positive identifications with Israel. And it’s a tactical mistake for Palestinians to deny this statistical reality, or to lapse into the business, as sometimes happens, of telling Jews what the real basis of their identity is (religious versus national). These moves play into the same game in which Jews tell Palestinians that they aren’t really a people but rather a scattered patchwork of tribes and clans. No good will come of this shared denialist project.

And yet, their critique of the IHRA definition’s overreach cannot be ignored, especially with regard to the clause about “denying the Jewish people their right to self-determination.” The matter is far less straightforward than it seems, for there is no consensus in international law what the term “self-determination” means. It could mean nation-state sovereignty, but it also could mean other forms of political organization — for example, a federation or national cultural autonomy — that reflect a group’s national character.

In light of this, one could readily imagine a binational state in Israel/Palestine that recognized the national character of the Jews alongside a Palestinian nation as a fulfillment of the standard of “self-determination.” And yet, adherents to the IHRA definition would almost certainly deem it antisemitic.

What about the recurrent calls for the state of Israel to become a “state of all its citizens,” which is a different model of governance than a binational state. Is this antisemitic?

Here it is necessary to perform the same act of empathy that Jews demand of the nations of the world. What does the question look like through the eyes of Palestinians? They have been subjected to the major trauma of the Nakba and have had their self-determination consistently denied. Nearly five million Palestinians live in the West Bank and Gaza under some form of Israeli military control without political rights. Nearly two million Palestinians are formal citizens of Israel, but often feel disenfranchised in a state that repeatedly affirms, as did the 2018 Nation State Law, that it is built of, by, and for Jews.

Is it antisemitic to express the desire for full political enfranchisement by defining Israel as a state of all its citizens — including Jews and Arabs alike? Or, as the Palestinian letter writers ask, is it forbidden to espouse support for “all non-Zionist visions of the future of the Israeli state, such as the advocacy of a binational state or a secular democratic one that represents all its citizens equally?”

I think here of a recent Palestinian-American student of mine. He possesses the same connection to his family’s homeland that many American Jews toward Israel do except that he’s never had an opportunity to visit Palestine. He is as open-minded and open-hearted as any student I’ve met and has nary a shred of antisemitism in him.

Is it reasonable to deny him the right to advocate for a state that defines itself as democratic rather Jewish? Is his preference antisemitic? Should we also subject him to some form of formal or informal punishment because he believes that Israel is a “racist endeavor?”

This, according to the IHRA, merits designation as antisemitic. But what is my student to think when he calls to mind the occupation regime under which his relatives in the West Bank live — the Wall, the constant electronic surveillance, the restrictions on movement, the separate roads and infrastructure, and the denial of equality? What is he to think when he compares his family’s status to the 650,000 Israeli Jewish settlers in the West Bank?

The disparate condition of Jews and Palestinians in the West Bank, as prominent Israeli human rights lawyer Michael Sfard has carefully documented, amounts to a regime of apartheid.

Under such conditions, it is understandable why one would use the language of racism with respect to the occupation of Palestinians in the West Bank. One could argue that not only is it not antisemitic to use such language, but that it is a Jewish obligation to do so.

On different grounds, the Palestinian letter writers make a strong point: “To level the charge of antisemitism against anyone who regards the existing state of Israel as racist, notwithstanding the actual institutional and constitutional discrimination upon which it is based, amounts to granting Israel absolute impunity. Israel can thus deport its Palestinian citizens, or revoke their citizenship or deny them the right to vote, and still be immune from the accusation of racism.”

This is not to deny that the accusation of racism is deeply wounding to Jewish ears. It is. But offense of this sort does not necessarily mean antisemitism. To stigmatize as antisemitic those who imagine Israel as a state of its citizens or who regard its policies as racist is effectively to deny them the right to advocate for justice for Palestinians.

And to equate these advocates to antisemites who plot and execute murderous attacks on Jews is a dangerous deflection, as well as an injustice both to the fight against antisemitism and to the struggle for justice for Palestinians.

David N. Myers teaches Jewish history at UCLA, where he directs the Luskin Center for History and Policy. He is the president of the board of the New Israel Fund.

Yes, Palestinians have the right to speak about antisemitism