Violent white supremacy is an international network. We can’t afford to ignore it. 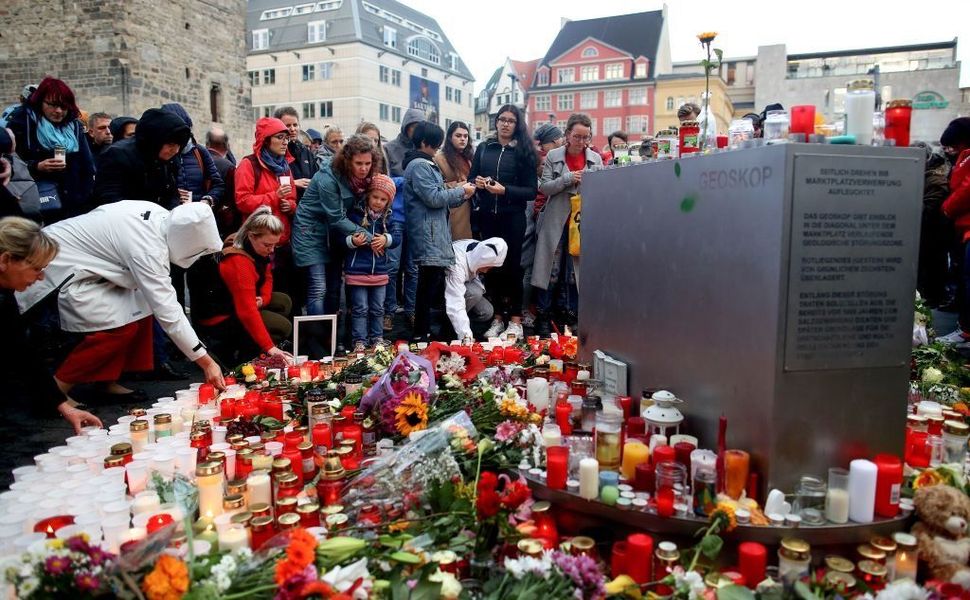 A judge in Halle, Germany sentenced Stephan Balliet to life in prison on Monday for the murders he committed and his attempted massacre on a synagogue on Yom Kippur last year. And yet, despite the sentence, the prosecutors failed to address the role that violent white supremacy had played in Balliet’s heinous crimes; they did not call a single expert witnesses to testify about the international influences on Balliet. It was a huge oversight, and a sign of a long-overdue reckoning.

The truth is that while Balliet was on trial alone, his antisemitic hatred is shared across the globe by white supremacists in the U.S., Europe, Australia and elsewhere. These bigots communicate with each other through social media, chat rooms, and websites, providing opportunities to share ideas and tactics and recruit new followers. This networking emboldens them and gives them the impression that the white supremacist movement is thriving, which, in turn, encourages white supremacists to believe they have widespread credibility and support.

The hate they post is not harmless drivel. It has driven others to violence, including to the mass murder of ethnic and religious minorities, considered by some white supremacists to be their highest calling.

This is what happened in Halle. Prior to his attack, Balliet posted a manifesto and stated his goals: “Increase the morals of other suppressed Whites by spreading the combat footage” and “Kill as many anti-Whites as possible, jews preferred.”

Balliet wanted to gain fame and to inspire others to follow his violent path, continuing a chain of lethal influencers. At his trial, Balliet cited Brenton Tarrant, an Australian white supremacist who killed 51 Muslims in attacks on two New Zealand mosques, as a model of “the white man defending himself.” In his own manifesto, Tarrant cited two other mass murderers: Anders Breivik, who killed 77 people in Norway after leaving a hate-filled manifesto railing against immigrants and Muslims, and Dylann Roof, who killed nine Black parishioners in South Carolina.

Balliet wasn’t the only murderer inspired by Tarrant. Six weeks after Tarrant’s attack in New Zealand, John Earnest killed one woman and injured others at a synagogue in Poway, California, and cited Tarrant as an inspiration in the statement he posted before carrying out his attack. Three months later, Patrick Crusius murdered 22 people in El Paso, Texas, attacking Mexicans, and he too cited Tarrant in his own manifesto. One week later, Philip Manshaus, who had referenced “Saint Tarrant” on a message board, attempted to shoot people at a mosque in Oslo, Norway.

Balliet was also inspired by Tarrant’s livestreaming of his mosque attack. Balliet streamed his attack in Halle through the game-streaming platform, Twitch, which removed the link to the video soon after the attack, but not before it was downloaded and then posted on several Telegram channels popular with white supremacists. At the beginning of his video, Balliet said, “I think the Holocaust never happened. Feminism is the cause of the decline of the West which acts as a scapegoat for mass immigration. And the root of all these problems is the Jew.” The fact that he spoke in English suggests he had hoped viewers around the globe would watch his stream.

The international influence of violent white supremacists is a crucial piece of the prevention puzzle, so it’s disturbing that it received little attention from prosecutors at the trial in Germany. Certainly, those charged with our security domestically and abroad cannot afford to make the same mistake.

In the U.S. and around the world, legislators and politicians, the tech industry, business leaders and leaders of civil society all have a role to play in countering the rise of international white supremacy and the damage it inflicts on our communities. ADL raised these concerns last year in a report, “Hate Beyond Borders,” and in Congressional testimony.

Social media and online game platforms must have rules that address hateful content and harassing behavior, clearly define consequences for violations, and enforce those rules vigorously and consistently. They must be transparent about the nature, scope and impact of enforcement, collaborate with outside civil society experts, and allow independent verification. Together, such actions should reduce the chances of another attack like Balliet’s and increase the chances of breaking the chain of influence that links white supremacist murderers.

Failure to do so will be a guilty verdict on those who bear those responsibilities.

Marilyn Mayo is a Senior Research Fellow in the Anti-Defamation League’s Center on Extremism.

Violent white supremacy is an international network. We can’t afford to ignore it.