Conspiracy and complicity got our democracy here 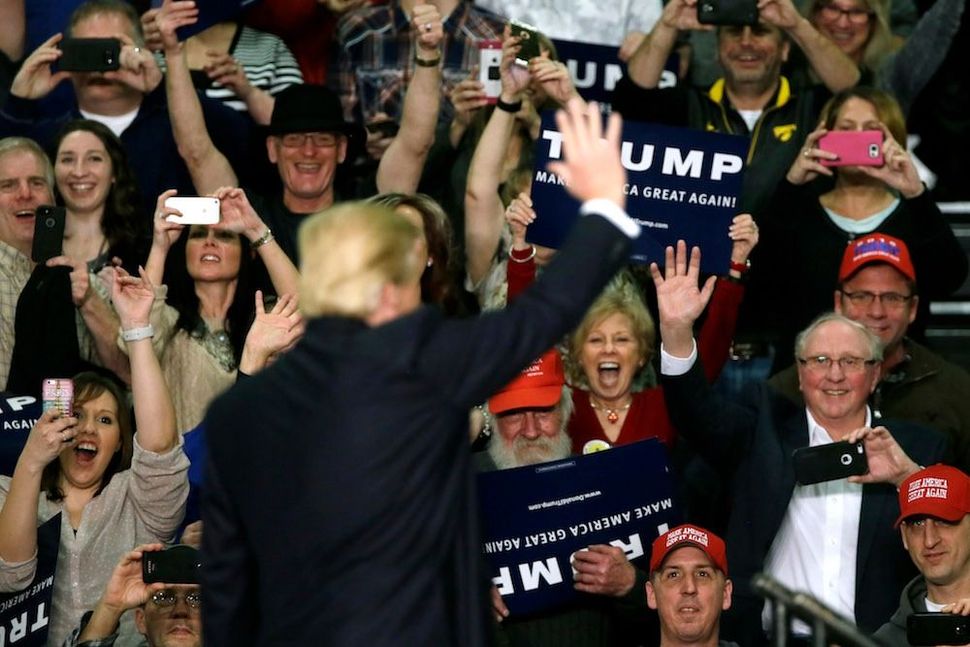 Two phenomena have characterized the outgoing Trump administration and spilled over to other countries around the world. The first is the astonishing power of conspiracy theories. The second is the no less astonishing capacity of generally honorable men and women to become complicit in the crimes and misdemeanors of the leaders for whom they work. Both were on vivid display on January 6, 2021, during the attempted insurrection at the Capitol and the prior and subsequent calls by Republican members of Congress to invalidate the results of a free and fair election. It was a day that luridly demonstrated how vulnerable even this great democracy remains to a leader determined to undermine it, to his multiple enablers, and to the mobs taken in by the demagogy and conspiracy theories that he and his minions ceaselessly spout.

Historical parallels can teach us much about our own fraught social and political present; we’ve seen the dynamics of demagogic politics play out many times, and Trump rose to power in part because of ignorance of these precedents. There are no simple lessons from history, but fixing our broken educational system and remaining grounded in our collective past can help us avoid the mistakes of previous generations and shore up the very edifices of civil society, the rule of law and liberal democracy, that are now at risk.

Those of us who study the history of the 20th century have always been aware of a dual mechanism at work in undermining democracy and in the establishment of authoritarian regimes. The first part is the Big Lie—Hitler’s claim that the Jews caused Germany’s downfall, and Goebbels’s discovery that the bigger the lie and more frequently you repeat it, the more likely it is to be believed. The second is social accommodation—that many, if not most law-abiding and decent citizens, not least civil servants, academics, intellectuals, and white-collar professionals, value their personal careers more than adherence to moral principles, ethical codes, or, when it comes right down to it, the lives of others. But seeing this unfold once more in front of our eyes has been, well, eye-opening.

Two examples from the not-too-distant past illustrate my point, and have direct parallels to and implications for the present. The QAnon conspiracy theory is obsessed with the notion of a cabal of individuals who are both part of a deep state controlling American (or world) politics and an international ring engaged in pedophilia and extracting babies’ blood. One root of this “theory”—and one QAnon believers refer to frequently—stretches back to one of the most destructive forgeries of the 20th century, the “Protocols of the Elders of Zion,” a fabricated book produced in Russia in 1903 and then disseminated throughout Europe and the United States (where Henry Ford was a prominent supporter). According to the text, the Jews were plotting to take over the world. A second, much older root, is the medieval belief in the need of Jews to use the blood of Christian children to produce matzah (unleavened bread) for Passover, which led to an array of blood libel attacks on Jews well into the modern period.

That both so-called theories stood in stark contradiction to reality—the Jews were a powerless and often persecuted minority, and Jewish law strictly forbids the eating of blood—did nothing to weaken their capacity to trigger both terror and violence. The “Protocols” were proven definitively to be a forgery in the early 1920s, yet continued to be used as antisemitic propaganda and incited popular sentiments well into the second half of the 20th century and beyond in Europe and the Middle East. To be sure, in the wake of the Holocaust, the influence of such “theories” greatly diminished, and antisemitism in general appeared no longer respectable.

Yet antisemitism has always thrived on a combination of resentment, ignorance, and superstition, which are also at the root of the current spread of QAnon. Rational and reasonable people would prefer to describe all of these theories as peripheral and ephemeral phenomena. But we should not be complacent about their dangers.

The second phenomenon—social accommodation—is that of individuals with decent, and in some cases even stellar reputations, becoming increasingly besmirched by policies that they might have never pursued under different circumstances. Many members of the Trump administration stayed in their positions long after they had understood that. Some did so, perhaps, because of the mesmerizing effects of power; but others seem to have believed that were they to leave, they would be replaced by those who would make things much worse.

General Jim (Mad Dog) Mattis, for instance, was considered one of the “adults in the room” during his tenure as Trump’s secretary of defense. He resigned in December 2018, but only in June 2020 did he state to the Atlantic that Trump was “the first president in my lifetime who does not try to unite the American people,” noting that America was “witnessing the consequences of three years without mature leadership,” and demanding accountability for “those in office who would make a mockery of our Constitution.” Yet in retrospect there is little doubt that Mattis’s two-year tenure served to legitimize a president whose policies were unravelling America’s alliances with other democracies, associating it with the world’s worst tyrants, and tearing at the seams of its internal social cohesion. In this sense, even as Mattis, and many before him, might have seen himself not as complicit in evil but rather as putting bounds to it, he simultaneously facilitated and legitimized its spread.

This is of course not new; indeed, it is a central conundrum of politics throughout history: the tension between setting limits to power and becoming complicit in its misdeeds. But the 20th century has supplied particularly devastating examples of such ambivalence of goodness, or evil, depending on one’s perspective, most notably under an array of fascist and communist regimes.

One striking example of the consequences of accommodation with evil is the notorious case of Chaim Rumkowski, the head of the Jewish council in the Lodz Ghetto during the Holocaust, to whom the writer Primo Levi dedicated some deeply moving pages in his unforgettable essay “La Zona Grigia” (“The Gray Zone”). Rumkowski wanted to save the Jews in the ghetto by setting them to work for the Germans. But the Germans wanted him to help them round up all those unable to work—the elderly, the sick, and the children—so as to transport them to Auschwitz, where they were gassed. Rumkowski complied, believing that this was the only way to save the rest of the ghetto’s inhabitants, as he explained in his terrifying speech to the community, calling upon parents to “give me your children.” Eventually, everyone, including Rumkowski himself, was gassed. Perhaps he thought he was engaged in a noble mission; perhaps he enjoyed the trappings of relative power as the ephemeral “king of the Jews.” But his memory will always be associated with bringing Jewish children to the Moloch of Nazism.

We should recognize that the spread of disinformation, fabrications, and lies, from which conspiracy theories grow and on which they thrive, depends on ignorance, resentment, and prejudice. Ignorance is the consequence of a failing education system; resentment is the product of a sense of being left behind and of broken promises; prejudice feeds on both, and is the opiate that appears to restore dignity to those who have been deprived of it. When people are given not just hope but also practical ways to improve their own and their children’s circumstances, they become less susceptible to demagogy, hatred, and violence. It is an investment that every society should make for its own sake. Good, affordable schools and jobs bring us all much greater security than nuclear aircraft carriers, and cost much less.

The predilection of generally decent and at times even idealistic men and women to become complicit in the politics of authoritarianism, and to rationalize the enactment of inhumane, illiberal, undemocratic, and at times illegal policies, is also a consequence of circumstances and upbringing—in this case, of the elites. And so we have to ask ourselves: How is it that those who went to the best educational institutions, studied law, politics, and even history, could facilitate, indeed, actively participate in dismantling political systems based on the notion of a shared humanity and the dignity of the individual?

The great French historian, Marc Bloch, who fought in World War I and was tortured and executed by the Nazis as a member of the Résistance in World War II, tried to understand what happened to French society on the eve of the great collapse of 1940 in his essay “Strange Defeat.” Bloch identified the desire of his own generation to pursue their careers after the catastrophe of 1914-1918 at the expense of building back up their nation as one of the factors at the root of France’s inability to stem the Nazi tide. Bloch echoed his fellow intellectual, Julien Benda, who warned about what he called “The Treason of the Intellectuals” in 1927. Benda lambasted European, and especially French intellectuals, for having abandoned rational thinking and internationalism. Instead, they chose to support integral nationalism—one of the main harbingers of fascism—whose anti-Enlightenment ideology and alleged politics of realism (country first) threatened, in his words, “to situate the good outside the real world.”

To my mind, it is time for this country, too, to undertake a thorough analysis of its own near defeat with the rise to power of Trump and all he represents. It is not enough to focus on the followers of conspiracy theories, the rumor-mongers, the bigots, the violent, and the less educated—though they need our help, too. We need to give account to ourselves as educators, writers, academics, journalists, and, yes, politicians, in order to understand how we too facilitated the rise of this dark wave of prejudice, crudeness, callousness, and inhumanity. This is no time to celebrate but rather to invest in a new ethical, engaged, and, yes, political education, open to the world, literate in history, and compassionate vis-à-vis all of society.

A good place to start would be a revolution in the education system and a struggle against its increasingly segregated, unfair, and unequal structure. Elitist schools produce elitists, and elitists have little stake in equal chances for all; hence we must provide new opportunities for those who have been increasingly denied them since the great opening of American education in the early postwar decades. If we are to prevent the rise of a second, and perhaps more effective version of Trump, it is high time to begin reforming the society that brought him to power and, despite his disastrous record, still won him over 70 million votes.

Omer Bartov is professor of history at Brown University and the author, most recently, of the Zócalo Book Prize-winning Anatomy of a Genocide: The Life and Death of a Town Called Buczacz. His new book, Tales from the Borderlands: Making and Unmaking the Past, will be published in 2021.

This essay was originally published in Zocalo Public Square, and has been reposted with permission.

Conspiracy and complicity got our democracy here