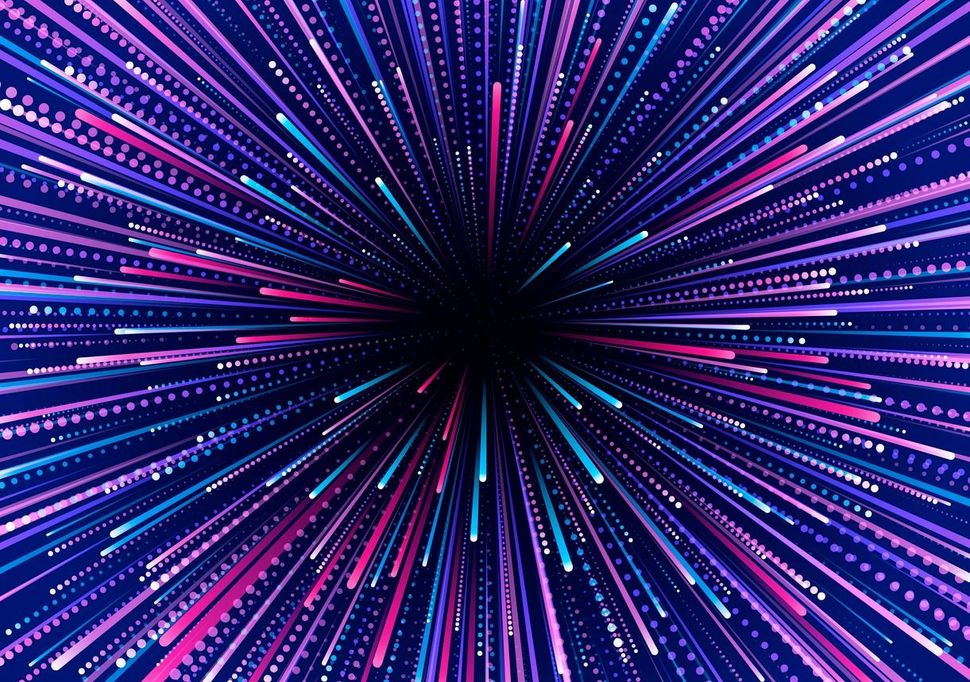 Who controls these laser beams? Illustration by iStock

We have witnessed some outlandish claims this week from Rep. Marjorie Taylor Greene about the Jewish people and our space laser.

So, we are issuing this news release to set the record straight, once and for all.

The Jewish Space Laser Agency can not in any reasonable fashion be held responsible for the California forest fires of 2018/5758. If you examine the facts, you will clearly see that a number of other factors conspired to create this tragic mishigas.

First, some background. The Jewish Space Laser is mainly reserved for use in important ceremonial and ritual observances, such as warming challah for Friday-night dinners, lighting Chanukah candles when we run out of matches, alerting New Yorkers to sales at Russ & Daughters, and helping Mrs. Glicksman find Airplane Mode on her e-reader.

Our space laser has a stellar record of more than 36 years of safe operation. (And it’s still single? One could say that’s the real emergency). We have policies and procedures in place to ensure that focusing intense beams of light from beyond the stratosphere is only done in accordance with international safety regulations, and never on the Sabbath.

We are still trying our best to piece together exactly what happened that caused this unfortunate fire.

The facts as we know are these: On that fateful weekend in 2018, the Levine family of Malibu approached us to be part of what would have been the world’s first circumcision by space laser. We were delighted to assist, as the space laser has always been used in a safe and menschy fashion, and we have learned some things since our attempt at making crème caramel for the Feinberg Bar Mitzvah.

Our aim was very accurate for this most delicate of procedures. However, due simply to bad timing, Jeffrey Levinson, an intern (and a sophomore at Columbia — single!), wanted to go out for a little walk and a snack at the moment of circumcision, and, in so doing, seems to have accidentally bumped against the Marilyn Z. Hermann Memorial Computer.

While it’s too early to say for sure, this may have resulted in the laser being pointed at a nearby patch of dry grass instead of at the foreskin of Baby Levine (Mazal Tov!). This could possibly maybe have somehow contributed to this conflagration.

Our internal investigation is still underway, so by all means please direct any tips (but not baby Levine’s!) to our hotline, where you can also send donations so that we may keep this wonderful organization going.

Emil Stern is the co-creator of the podcast “King of the Egg Cream,” starring Justin Bartha and Michael Stuhlbarg. Sigmund Stern is a contributor to The Onion and McSweeneys. Yoni Weinberg has written for the HBO series “Crashing.”