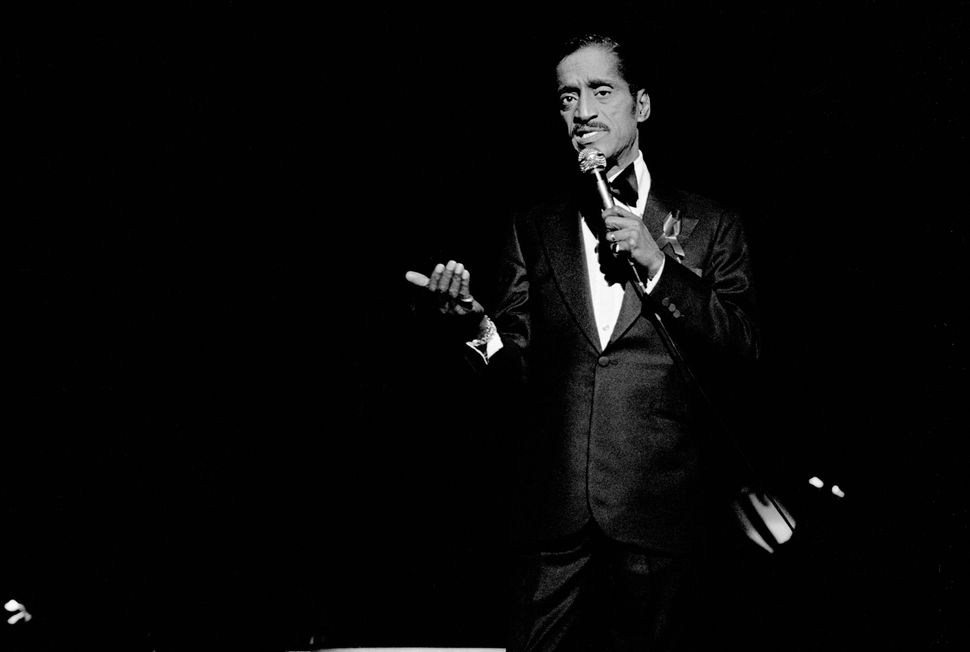 When I was growing up, I thought that I was related to Sammy Davis Jr.

Whenever people would find out I was Jewish they would instantly ask, “Like Sammy Davis Jr.?” It was as if he was the only Black Jew in the world — besides me, of course.

Yet we had nothing in common other than our hue. Living on the south side of Chicago, I knew that I was nothing like Sammy Davis Jr.

He was detached from the everyday lives of Black Jews — lives like mine. I understood why white Jews loved Davis: He was rich, talented and famous — Black and Jewish! He was cool, so he made white Jews feel cool by association.

But Sammy Davis Jr. was not the sole representative of Black Judaism. His experiences were nothing like those of us who actually grew up both Black and Jewish.

Last week, 170 Black and Jewish entertainers, including Tiffany Haddish, Herbie Hancock, Jason Alexander, Gene Simmons and Nick Cannon signed on to a statement forming a group called the Black-Jewish Entertainment Alliance. The group pledges to “come together to support each other in the struggle against hatred and bigotry.”

There’s every reason to believe that they are well-intentioned, but it is a group of white Jews and mostly non-Jewish Blacks. What’s missing, with a few exceptions, are Black Jews.

If the Alliance is truly interested in uniting our communities, I hope that it won’t make the same mistakes as white Jews made with Sammy Davis Jr. over 50 years ago.

While Davis may have seemed like the poster boy for Black Jews, he never carried that kind of clout within the Black Jewish world that I grew up in.

I was like the rabbis who bravely led their congregations through the same storms that they were living through themselves.

I was like the elders who were still expected to sit in the back of the bus.

I was like the scholars who stayed up studying Torah all night, only to get up and go to their factory jobs the next morning and get paid less than half of what their white colleagues were making.

I was like the Jews who left Jim Crow behind to go fight Mussolini to keep Ethiopia from being colonized.

The Black Jews I grew up looking up to and loving weren’t rich and famous like Davis. To many Jews, we didn’t even exist. And even today, 30 years after his death, the broader Jewish world still struggles to understand that Davis was never the sole representative of Black Judaism.

In 2015, I founded MASK, Mothers and Men Against Senseless Killings, in an effort to reduce the scourge of gun violence on the south side of Chicago. Since that time, Jewish volunteers from all around Chicago and beyond have come to the block where we’re based to help. These Jews, white and Black alike, have helped me develop a greater understanding of the needs and concerns of Jewish communities around the country — especially as the Trump era threw into sharp relief the need for Blacks and Jews to stand together against bigotry, hatred and white supremacy.

This understanding has expanded over the past year, as I have participated in Zoom conversations around the country in support of the new documentary film chronicling MASK’s work, “They Ain’t Ready for Me.” During and after these sessions, I have spoken with hundreds of Jews from all different backgrounds. What has become clearer to me is that many white Jews have a sincere desire to create real connections with their Black peers, and are just looking for a way to do it.

What we need to do is to build bridges. And Black Jews are that bridge.

The image most associated with bridge building between Black and Jewish groups is the one of Rabbi Abraham Joshua Heshel locking arms with Dr. Martin Luther King Jr. Heschel and King’s bond was forged by marching through the neighborhood that was once home to the American Nazi Party, and by crossing the Edmund Pettus bridge.

Together, the movement those two men represented strove to stop the lynchings and the church bombings, and helped to end segregation in the south. It is their example we should seek to emulate to meet today’s challenges of stopping mass incarceration, keeping Blacks from dying disproportionately from COVID and putting an end to gun violence and poverty.

As I’ve learned since founding MASK, real success in combating the evils facing our communities and our country comes from partnerships at the grassroots level. I have witnessed firsthand the power of Black people and Jews overcoming their fears and misconceptions and forging true and lasting friendships.

The Jewish people want to build bridges to the Black community. And whether we like it or not, that bridge can only be built through the Black and Jewish community. Not the Black-Jewish one.

The bridge starts in the hood, not Hollywood.

Tamar Manasseh is the founder and President of MASK, Mothers and Men Against Senseless Killings.