The pandemic has devastated restaurants. Surprisingly, most kosher ones have weathered the storm — and I’m optimistic about the future. 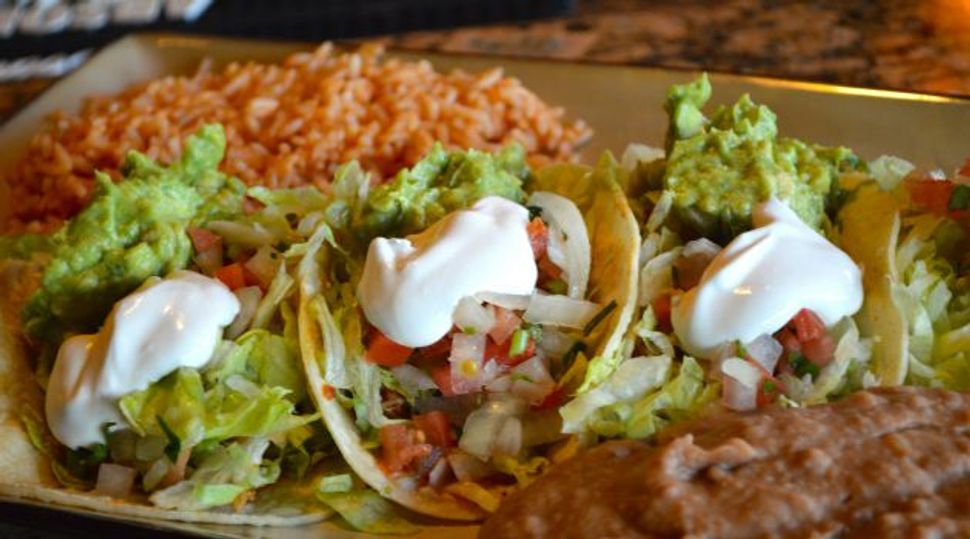 (JTA) — Many industries were harmed in 2020, perhaps none as deeply as the hospitality sector. Nearly one in six U.S. restaurants had closed as of December, according to data from the National Restaurant Association.

Kosher establishments were not immune to the economic consequences of the pandemic: We saw iconic kosher restaurants permanently close this year, including Abigael’s in Manhattan, Casablanca in New Orleans, Wolf & Lamb in Brooklyn, Mama’s Vegetarian in Philadelphia and Bamboo Garden in Seattle, plus a few dozen more in the United States and Canada.

According to the restaurateurs with whom I’ve spoken, those who haven’t shut down are largely struggling, both financially and under the thumb of harsh government restrictions in places like New York and Los Angeles. They deserve much credit for their innovations and perseverance throughout the year, delivering for the first time — even to neighborhoods one or two hours away — editing menus, constructing outdoor dining structures and navigating a public health crisis on a daily basis. Kosher caterers opened outdoor pop-up restaurants when hosting in-person parties became impossible.

I have been running a popular kosher food and travel site for 13 years (mazel tov!), and I’ve learned that for most kosher observant Jews, dining out at a restaurant is more than just a meal. It’s our form of entertainment and socialization. It’s why we love having kiddush after shul. The food and socializing go hand in hand.

This made the closure of our restaurants that much harder — as diners and for the restaurants themselves. So many businesses were forced to stay afloat on takeout or delivery services, when most of us diners were really clamoring for the dining-out experience.

While we have a vaccine slowly rolling out to the population, the virus is still raging. Thus restaurants will continue to see restrictions on how they can operate (although with some recent lifting of the limitations in New York City and Los Angeles), limiting their revenues. We’ll likely see more restaurants closing in 2021.

Dani Klein is founder of YeahThatsKosher, a website and digital resource on kosher restaurants and travel.

However, things aren’t all that bad.

According to one list, only 50 kosher restaurants closed throughout 2020 out of approximately 4,000-5,000 (for whatever reason). The number of closures isn’t much higher than in a typical year. That’s in stark contrast to the 160-plus kosher restaurants that have opened in the past year.

Observers like me expected many more shutdowns. Fine dining restaurants in cities, in particular, were vulnerable. They typically have high rents and sizable staff and seldom do delivery or takeout. With business lunches and dinners all but canceled after the March lockdowns began, these upscale restaurants and steakhouses had almost no way to earn income. Yet nearly all of Manhattan’s upscale restaurants are still in business.

Many restaurants even thrived during the craziness, particularly in the suburbs, but also in the cities’ residential neighborhoods. With people stuck or working from home, delivery became commonplace. Restaurants outside of New York City and its draconian rules were quicker to welcome diners, even at a limited capacity. And while a number of Upper West Side restaurants closed, it also made the Manhattan neighborhood fertile ground for successful kosher restaurants to further expand their footprint in 2021. The Noi Due franchise added a new location in the neighborhood in January, and Brooklyn’s Izzy’s BBQ, arguably the world’s best kosher barbecue, is opening a smokehouse/deli in the Manhattan neighborhood this winter.

We continue to see new restaurant openings across the country (including a trio by chef Seth Warshaw in Boca Raton, Florida), seemingly without fear of the current economic situation.

What helped kosher establishments weather the storm so much better than the rest of the industry? We Jews love food and dining out. Kosher diners clamored to get back into restaurants as soon as they could amid the pandemic over nearly all other forms of entertainment. Whenever restaurants in New York and Los Angeles will be allowed to fully open, there will be a metaphorical stampede of diners.

But kosher dining is about more than just entertainment. Kosher establishments and their customers depend on one another to thrive. Going to a kosher restaurant is an act of supporting a Jewish business that serves our community and aligns with our dietary needs. Going to a kosher restaurant is not just about the food, but also about engaging in a particular communal Jewish act of observance.

Other factors that are helping new restaurants in 2021 are largely economic: low rents and lending rates, numerous vacant storefronts and a large pool of potential staff clamoring for work. Technologies that enable restaurants to operate efficient deliveries, “ghost kitchens” and inventory systems aren’t hurting either.

With the end of the COVID-19 pandemic (hopefully) in sight, restaurants need to keep themselves afloat a little longer to properly take advantage of the kosher dining bonanza on the horizon that is sure to take place once restaurants can open fully once again.

The pandemic has devastated restaurants. Surprisingly, most kosher ones have weathered the storm — and I’m optimistic about the future.