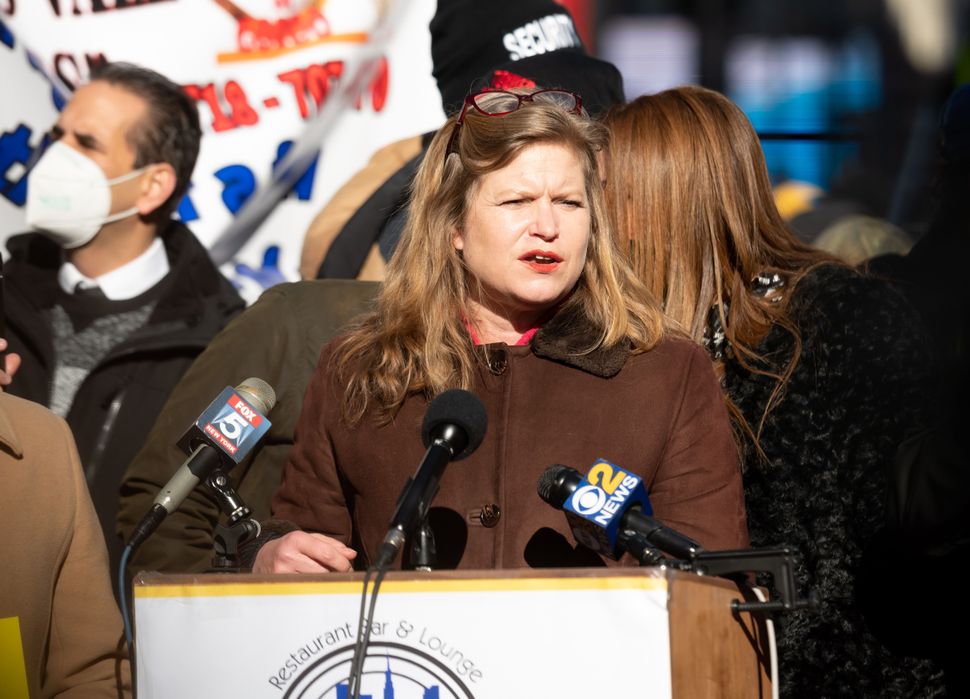 In this moment of crisis, we can’t afford for our next mayor to need on-the-job training.

With the economic fallout from the pandemic, a bungled vaccine rollout and hate crimes on the rise, too much is at stake.

That’s why we need a leader that will get to work. I’m prepared.

I am the only candidate in this race with a long record of experience in public service, and a history of delivering results — affordable homes, good schools, clean streets, reliable public transit, ambitious climate reforms — that speaks for itself.

For 14 years, I have been accountable to 8.4 million New Yorkers as leader of some of the city government’s largest operating agencies, from public housing to water to sanitation. I’ve managed billion dollar budgets and thousands of city staff. Along the way, I was told “that’s impossible” many times. Yet I’ve always found a path forward.

Right now, the City needs to find a new path forward with the Jewish community.

Across all five boroughs, Jewish New Yorkers need more thoughtful solutions to the problems specific to their community. Last year, I built a program that has to date delivered over 200 million meals to families in need, including kosher for Passover meals to thousands of vulnerable, homebound Jewish New Yorkers.

Governor Cuomo and Mayor de Blasio failed to effectively engage with much of the Orthodox Jewish community to develop and communicate policies to combat COVID, leading to a major breakdown in trust. We need to repair and rebuild this relationship. As mayor, I look forward to working with Jewish leaders to enable people to practice their faith safely.

Creative problem solving is what we do best as New Yorkers. I will prioritize vaccine access for our hardest hit communities, including Borough Park, Crown Heights and Williamsburg. And I’ll plan ahead for an annual distribution of the COVID-19 vaccine, in case we need annual boosters.

As mayor, I will also center the city’s efforts to combat antisemitism, which are currently inefficiently distributed across a number of agencies and offices, including the NYPD’s Hate Crimes Task Force, the City Commission on Human Rights, the Office for the Prevention of Hate Crimes and various programs within the Department of Education. I will consolidate these efforts and hold my staff accountable to more aggressively combat and prosecute antisemitism.

One necessary adjustment: Instilling a new culture of accountability within the NYPD, and transforming the agency’s mindset from that of “warrior” to “guardian.” This is a difficult task, especially after the current mayoral administration lost effective control of the NYPD. I’m prepared for the challenge. As Commissioner of Sanitation, I gained the respect of a uniform agency that was 98% male, which required the same skills that will be required to create systematic changes within the NYPD.

I’ll also work to address less overt forms of bias. I am opposed to any attempts to boycott, divest from or sanction Israeli companies. And in ensuring all our schools are preparing our youth for bright futures, I will focus on improving our public school system, and will be vigilant about counteracting assumptions about religious education. The majority of our city’s parochial schools, including yeshivas, provide a strong educational foundation for children whose parents have chosen a non-traditional public school environment.

As mayor, I look forward to working with our counterparts in Israel, starting with water management. Despite its extremely limited water resources, Israel has managed to maintain a water surplus. Almost 80% of the country’s drinking water is derived from just five water desalination plants, and almost 90% of the treated wastewater in Israel is used for agriculture. This is just one example of where strengthening ties with the people of Israel is smart for the future of our city.

My vision for the future New York is a city where every child has the opportunity to pursue their dreams, where families are safe and healthy and everyone can make a good living — a green, beautiful city.

But to get there, we need a leader with the experience to deliver results. As a career public servant and a practiced government manager who has been accountable to the citizens of New York for over a decade, I can say with confidence that I will get the job done.

Kathryn Garcia is a Democratic candidate for mayor of New York.