Israeli Arab life has gotten better — why aren’t we celebrating? 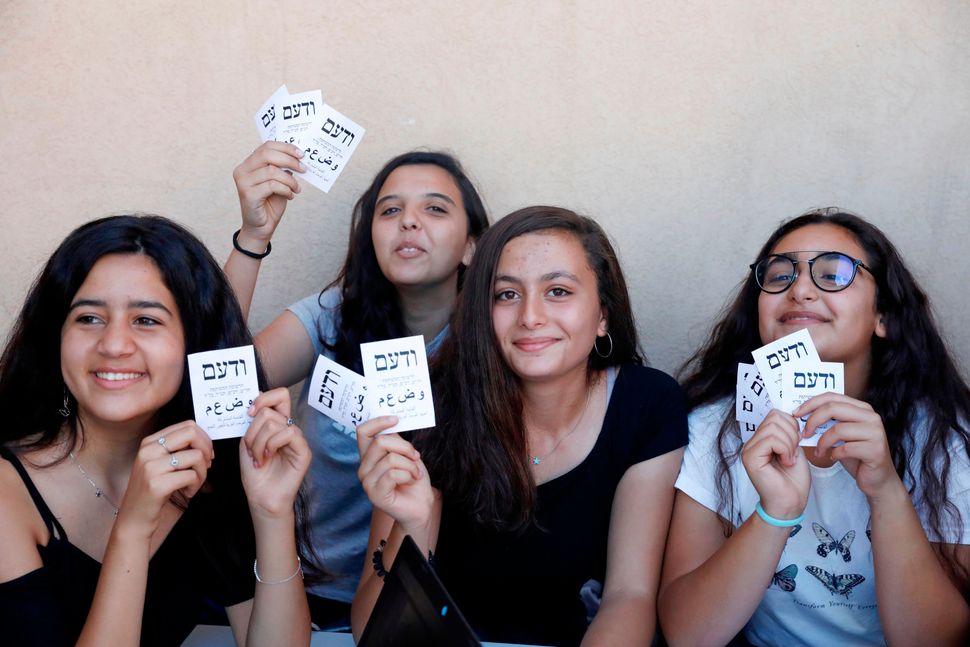 The mayor of Nazareth, the largest Arab town in Israel, announced on Feb. 11 that he was backing Prime Minister Benjamin Netanyahu in Israel’s March 23 election.

Outside of Israel, this landmark development was only sparsely reported on in American media. In a Reuters’ article that highlighted Netanyahu’s anti-Arab history, Arab leaders disparaged the mayor, Ali Salam. “Maybe it’s Stockholm Syndrome, to have empathy with that person who kidnapped you or oppressed you,” Ahmad Tibi, longtime Arab-Israeli member of the Knesset, was quoted as saying.

Nowhere in the article was there any discussion of the dramatic improvements in the lives of Israel’s Arab citizens over the last 15 years. Yes, they still lag behind their Jewish peers in terms of educational access and economic opportunity, and they’re contending with an insufficiently addressed recent crime wave. But even in the face of those sobering facts, Israel has made major steps forward in fostering better quality of life for its Arab citizens, a reality that deserves to be acknowledged and celebrated.

At the beginning of the 21st century, 1.3 million Arab citizens of Israel lived under unacceptable conditions, primarily in towns underfunded and overlooked by the government, with deplorable transportation systems and inferior schools. As a professor emeritus of economics at Brooklyn College, my research indicates that between 1997 and 2005, median inflation-adjusted Arab household net income in Israel fell by 1.6%. (For comparison, Jewish Israeli household net income in the same period rose by 15.5%.)

By 2006, with Arab births a quarter of all births in Israel, it was clear that the government had to turn its attention to the pressing issue of Arab poverty. The government funded training programs, improved educational support, subsidized employment, expanded transportation networks and built industrial parks near Arab towns. One focus was on bringing more Arab women into the workforce: the employment rate among Arab Israeli women ages 25-54, according to research from the Taub Center, has risen from 21% in the early 2000s to 35% in 2016.

Today, the payoffs from these investments in professional advancement for Israeli Arabs are clear. According to Israeli government reports, as of the 2017-2018 academic year, Israeli Arabs made up 16% of college students in Israel as compared to 8.3% in the 1999-2000 term — a major increase, albeit one that doesn’t yet correspond to the approximately 21.1% of Israel’s population that is Arab. The Technion — often colloquially referred to as Israel’s MIT — reports that its overall proportion of Arab students has increased by 200% since 2004, and the number of female students by 350%. Israeli Arabs now comprise 17% of the country’s doctors, 24% of nurses and 47% percent of pharmacists.

Around the same time, a group of revisionist Zionists committed to fulfilling Zev Jabotinsky’s vision of an Israel with equal opportunity for all, including Moishe Arens and Naftali Bennett, stepped forward to advocate for more care for Israel’s Arab citizens.

In 2015, their commitment to equality helped lead the Knesset to enact the 922 Program, which has worked to rectify imbalances between Jewish and Arab communities; its initial iteration allotted the equivalent of $2.96 million to Arab municipalities for investment in communal improvements. Among the program’s achievements has been providing enough money to get 85% of homes in Arab towns connected to modern sewer networks, up from less than 40% in 2015; overseeing a substantial increase in public transportation and new road construction; and creating new preschools and vocational-assistance centers that have helped boost Arab employment.

Though long overdue, especially given Israel’s technological capabilities, these improvements are why Mayor Salam could publicly support Netanyahu and not fear reprisals from his constituency.

Why has there been so little written about these successes in the American press? Certainly, part of it is how news is reported once a group is considered victims. Presenting examples of that group’s circumstances improving is perceived as weakening the struggle for equality.

There is, of course, a long way to go before full equality. There is still a large segment of Israeli Jews who don’t want equality, and anti-Arab discrimination remains a serious problem. The country has witnessed dramatic increases of violence in Arab towns in the last half-decade — 2020, with over 90 homicides, was the deadliest year on record — and the government is widely seen as having too long neglected to address that escalation.

Most important, Israel still suffers from a broad unwillingness to recognize the history of Arabs in the country, and a resistance to allowing Arab parties into a ruling coalition. As recently as late 2019, Netanyahu declared that a joint government including Arab parties would be “an emergency that is unprecedented in the history of the State of Israel.”

However, we should no longer misrepresent Israel’s policies toward its Arab citizens, nor deny the dramatic improvements experienced by Arab citizens and their communities.

Robert Cherry is a former president of the Brooklyn College Hillel Foundation where he taught economics and is author of “Why the Jews? How Jewish Values Transformed Twentieth Century American Pop Culture” (Rowman & Littlefield).

Israeli Arab life has gotten better — why aren’t we celebrating?